Got back within the last 24 hours or so from an amazingly fun trip to Panama.

We arrived in the late afternoon with some time to bird the grounds of our first hotel, the Summit Radisson.  There was a short nature trail behind the hotel which provided some shade from the fairly intense sun and humidity. 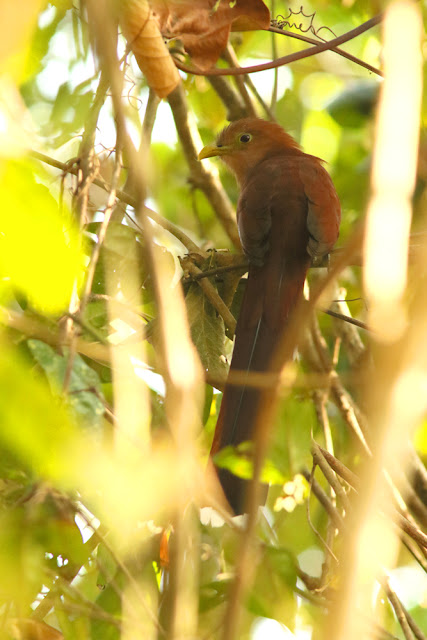 followed by a Whooping Motmot. 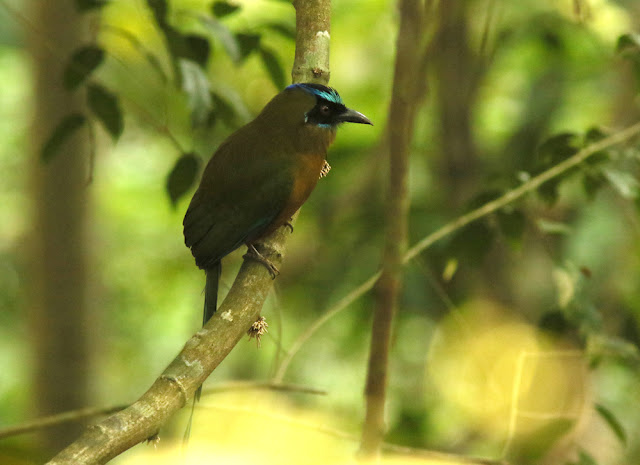 Depending on whose taxonomy you use, the Whooping is either a subspecies of the Blue-crowned we had seen previously in Costa Rica, or a full species of its own.  The breast was certainly more rufous than the Costa Rican version.

A handful of Geoffrey's Tamarin monkeys provided the best looks I would get of the species in the first few minutes of birding. 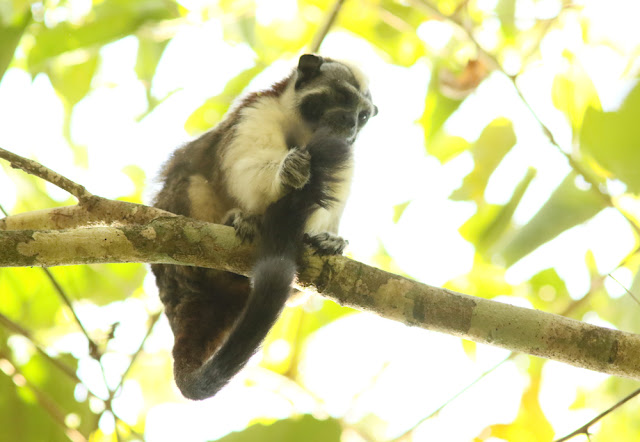 While I had about a half dozen lifers that first evening, the most memorable bird was a Band-tailed Barbthroat. 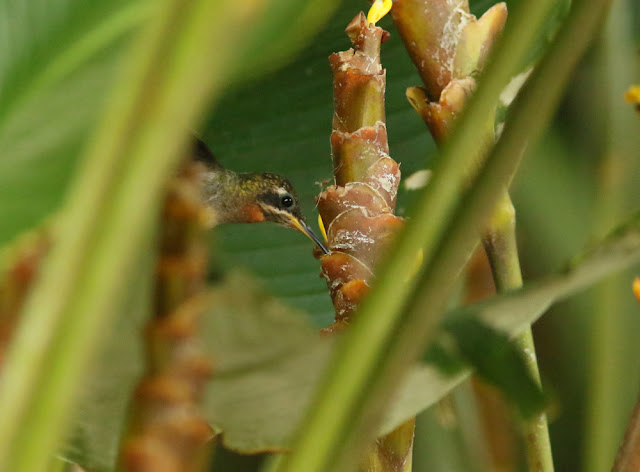 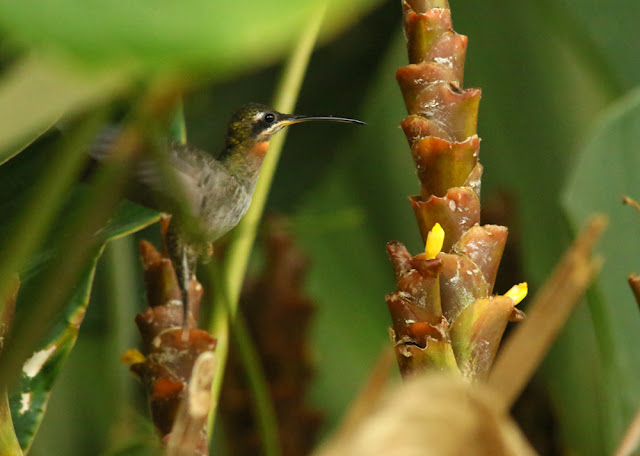 This is a type of hermit, a group of hummingbirds that doesn't reliably come in to feeders and that favors flowers of the dark forest interior.  I'd only glimpsed one barbtail briefly 2 years ago in Costa Rica; it was fun to have extended looks at this bird feeding on some tiny yellow heliconia type flower.

Of course I took some pics of the new birds too.  This is a male Saffron Finch, a bird that's actually native to South America but that has colonized (or been introduced to?) the canal zone of central Panama. 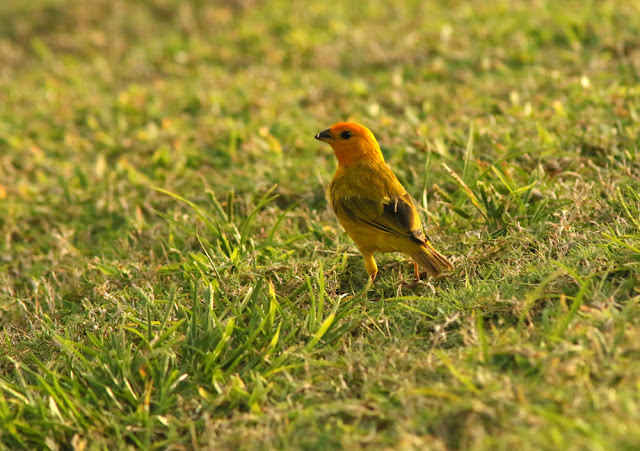 Wattled Jacanas were very common throughout the trip. 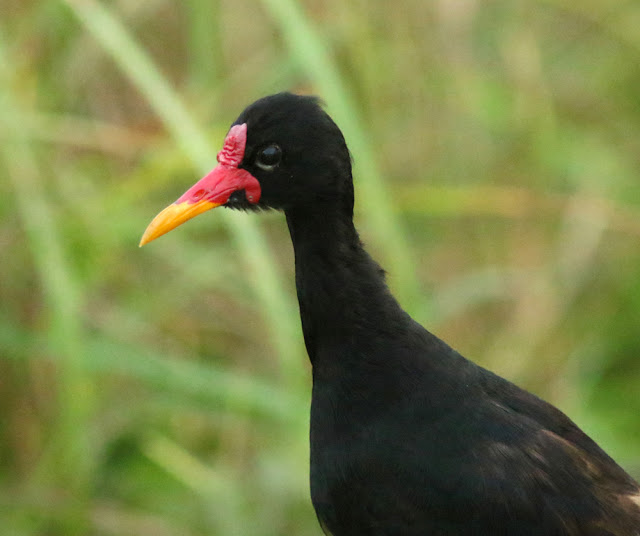 A few looks at some non-birds, first some kind of Baselisk lizard, 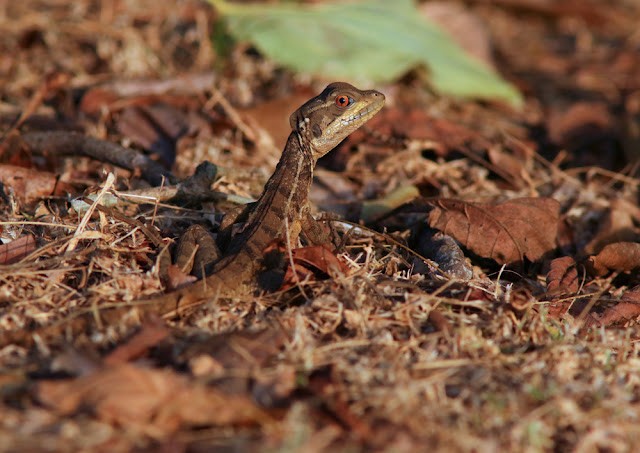 And finally what I assume is a Tiger Heliconian.

This is a tropical species of butterfly that has a monarch butterfly-like bad taste to birds, and has spawned a whole series of look-alike mimics evolved to try to take advantage of this.
Posted by Matt at 9:29 PM