We'd asked the cabbie who dropped us off at the Pipeline Rd trailhead to pick us back up at 4pm.  He seemed pretty incredulous and we went back and forth in his quite broken English and my probably irreparable Spanish confirming that time.  He was clearly betting on either a communication deficit or that the gringos would wilt in the tropical heat and humidity because he was waiting for us when we got back to the beginning of the trail at 2.  We waved and continued on.  Why?  Because next to Pipeline Road is the Panama Rainforest Discovery Center, and they have hummingbird feeders.  And no one who reads this blog fails to understand the siren song that tropical hummingbirds have on anyone who enjoys photography.

While I'm not sure any Central American set-ups can compete with the Fiery-throateds and friends at Paraiso Quetzal in Costa Rica, these didn't disappoint.

White-necked Jacobin were the most common. 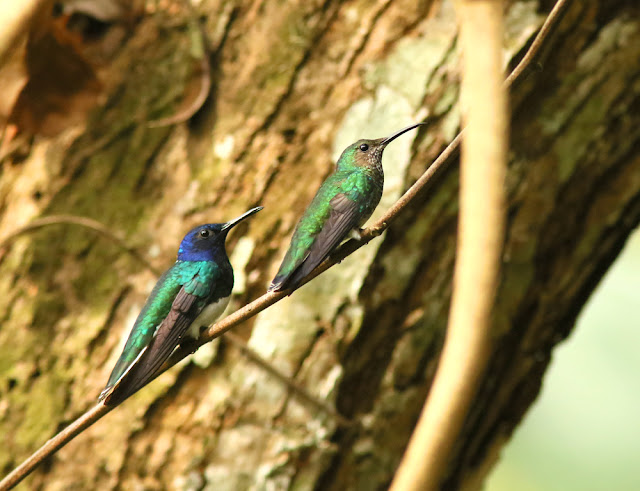 Above is a male and a female, below a close-up of a female. 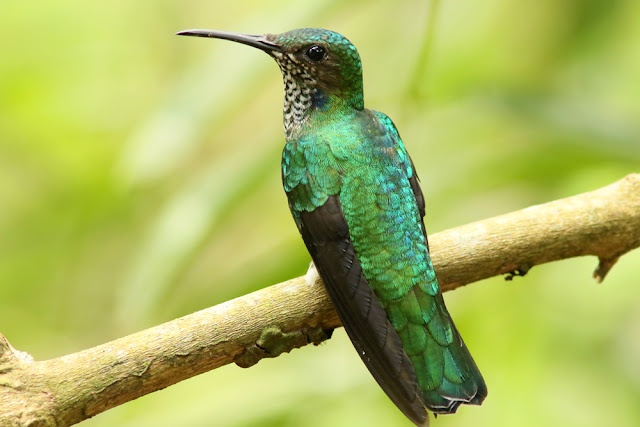 I didn't spend a ton of time with the Jacobins having focused on them pretty extensively at Rancho in Costa Rica.

Much less common was Blue-chested Hummingbird, a fairly understated species that doesn't show much of a gorget from the side or below.  I've never seen this (or its sister species Charming) come in to feeders; views had been limited to birds perched fairly high. 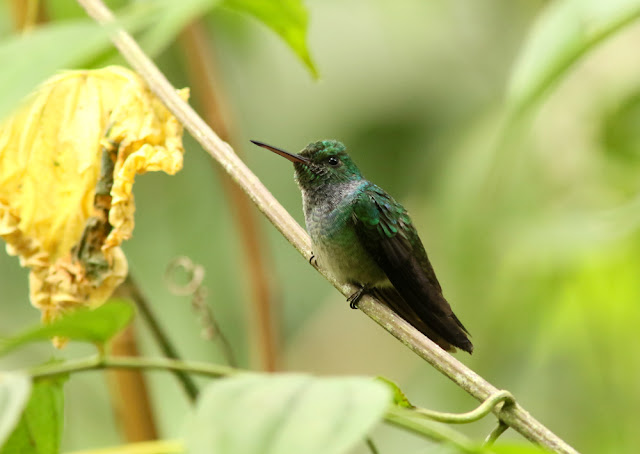 However, if you look at it head-on (especially if a little above it) the bright crown comes out.  This species used to be known as Beryl-crowned Hummingbird before it and Charming were split. 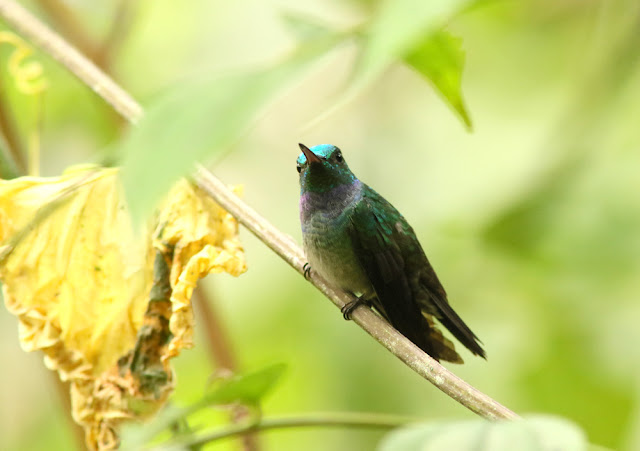 With the exact right angle the blue (or in this case purplish) upper breast comes out. 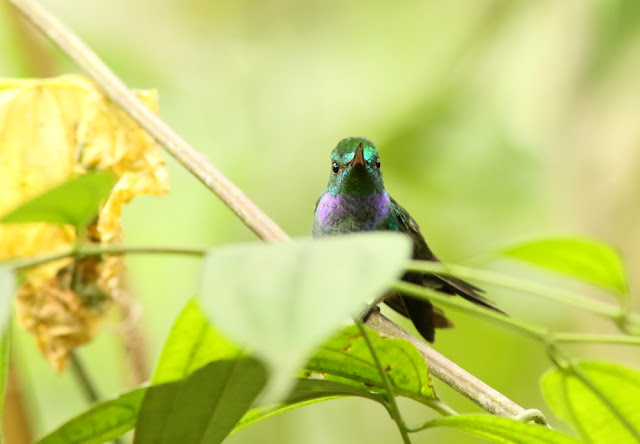 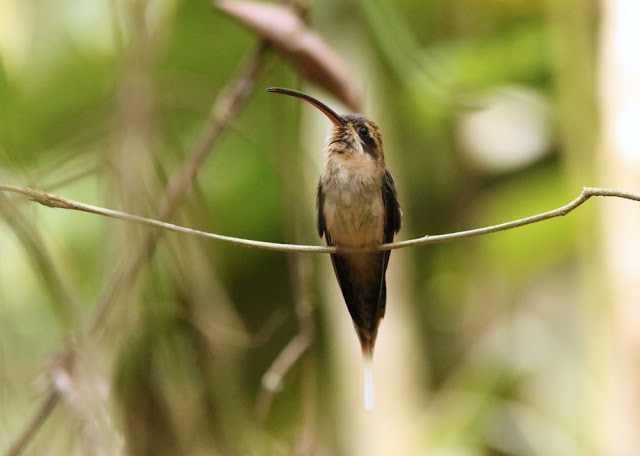 I probably would have taken more pics of these if not for the next bird which was a lifer.

We saw a female Violet-bellied Hummingbird in the morning, but this was my first exposure to the males. 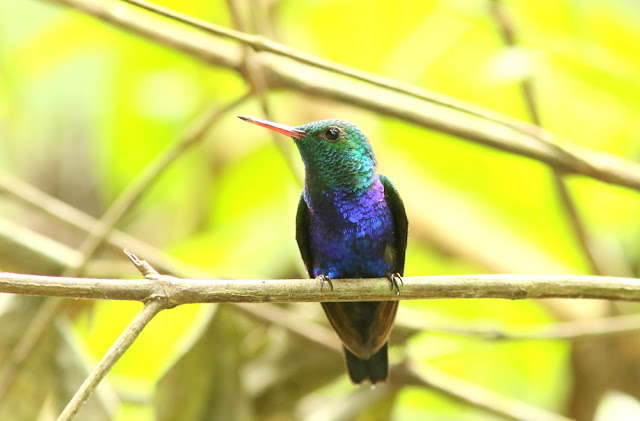 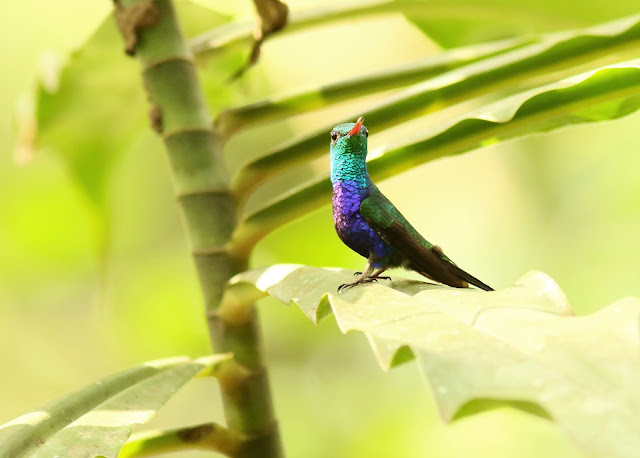 They were very small, probably 2/3 the length and half the bulk of the jacobins. 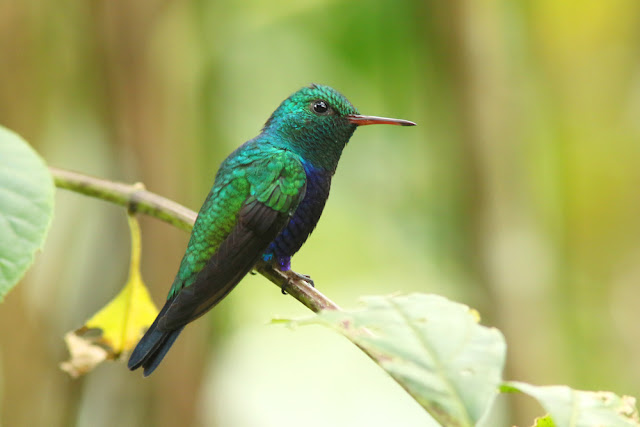 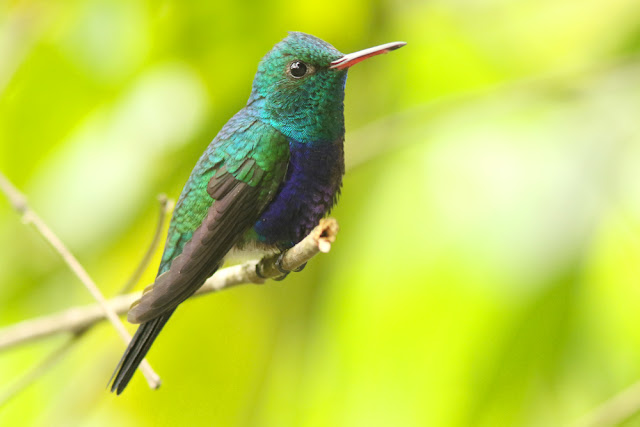 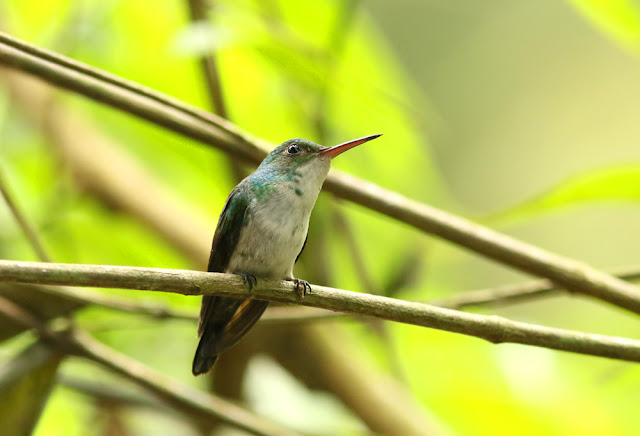 One last look at the male 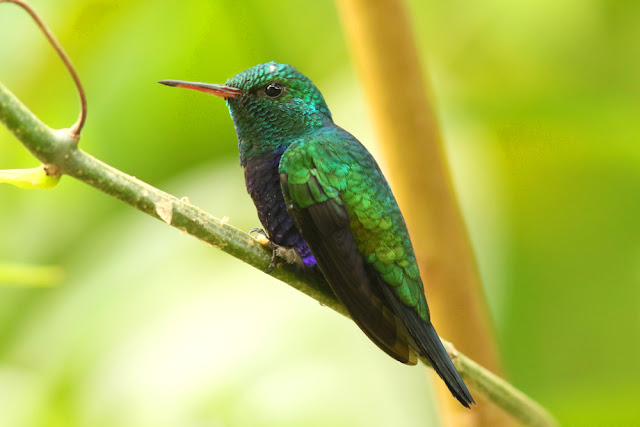 This is one of the better places in the world to see Rufous-crested Coquette, but that one would have to wait for another day...
Posted by Matt at 2:04 PM