I've been trying to work on getting some recordings uploaded on the blog but I'm still having technical difficulties, so I'll stall for a day or so with a few shots from when I returned to Sarett some days ago.

The Baltimore checkerspots were actually pretty common, their orange eyes and legs gave them almost a creepy-crawly hornet sort of look, impressive, but I'm not sure I like them so much anymore. 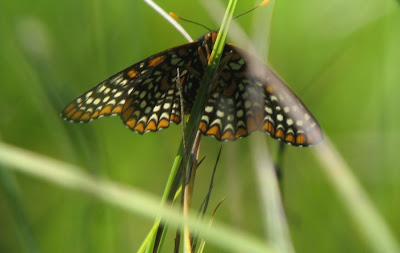 Here I finally caught one in more traditional butterfly pose, they seemed to like to bask in the sun with their wings fully extended aimed exactly perpendicular to the sun as in the first pic. 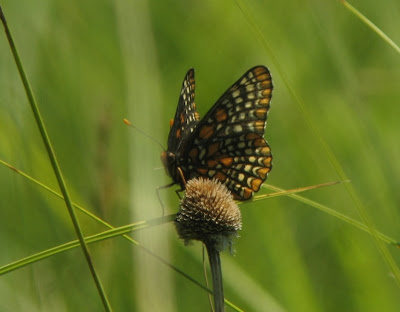 For the umpteenth time a tailed blue had me thinking I'd found a hairstreak, but no. 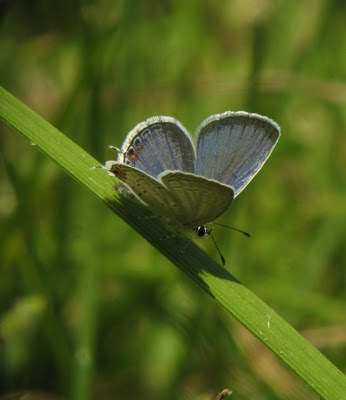 Finally a vastly improved shot of a eyed brown [2010 edit: as Cory Gregory points out, this is actually an Appalachian Brown as I look at Kaufman a little closer]. I did actually see a Mitchell's satyr at rest this time but it paused for about half a second only and kept on going. 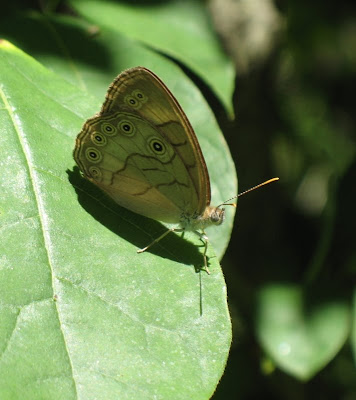 I went with some of the family today to Sarett where there was a walk targeting Mitchell's Satyr, a small endangered butterfly whose current range is now mainly SW Michigan. We did see a few though none perched close by.

There were a few flowers in the area I'd never seen before, I think this is fringed loosestrife (don't let the name fool you, this one is apparently native (if correctly ID'd)). 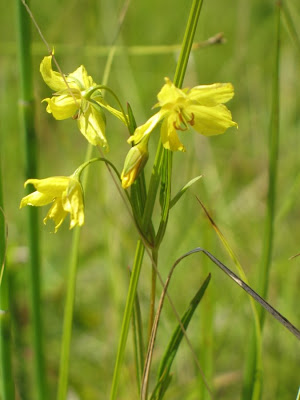 Eyed browns are larger (and considerably more common) members of the satyr family, I digi-binned this one. 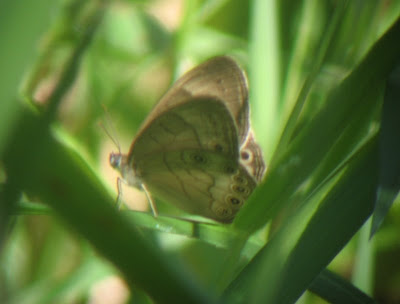 I was photographing a purple fringed orchid when a skipper flew down and started nectaring. I believe this is a mulberrywing based on the arrow/crossbow shaped mark on the hindwing, not a super-common species (for once) based on the light green rangemap in Sibley. 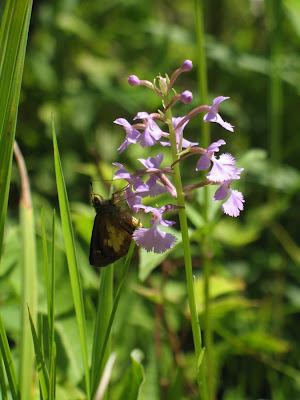 Finally is a distant digi-binned shot of a Baltimore Checkerspot, my 2nd most wanted butterfly (out of a list of 2, #1 is Milbert's tortoiseshell). I may even return to try to get a better shot of one (as well as one of the Mitchell's satyr). 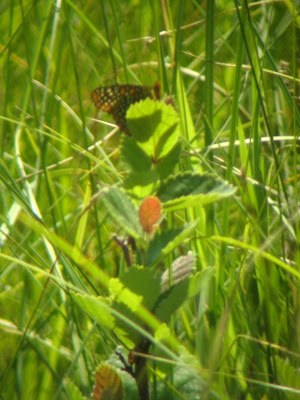