Prior to having kids Ginger and I used to go up to the UP once or twice a winter.  It didn't take too many times to see the gyrfalcons that used to hang out along the St Mary's river (though I never managed a decent pic), but we made a lot of trips before we finally found a Great Gray.  This one (the only one I've ever seen) was on the south end of either Sugar or Neebish Island. 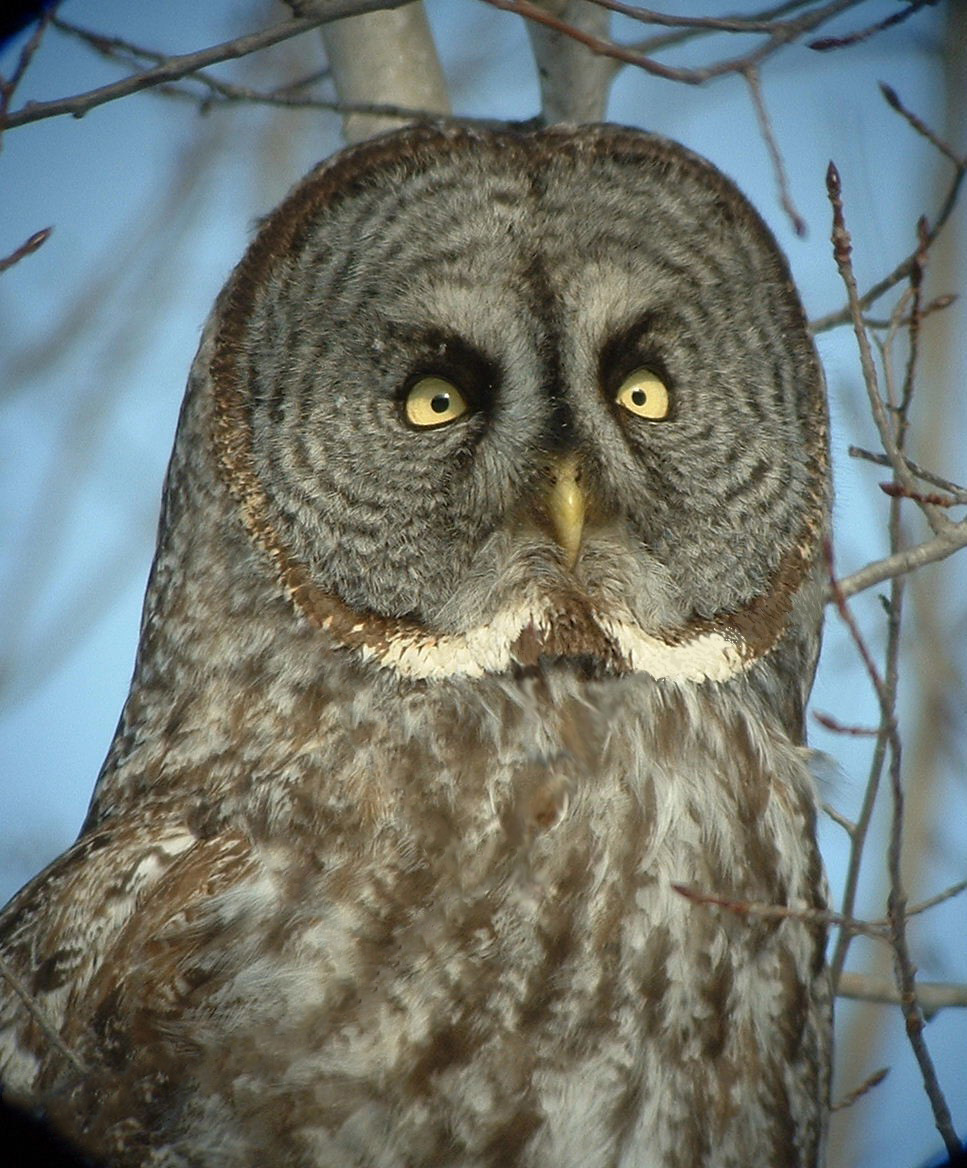 This was in the digi-scoping days, and with a pretty early camera (the original file is about 1100 pixels high, my 7D is about 5000 at its widest dimension, so about 4% as many pixels as the current files). 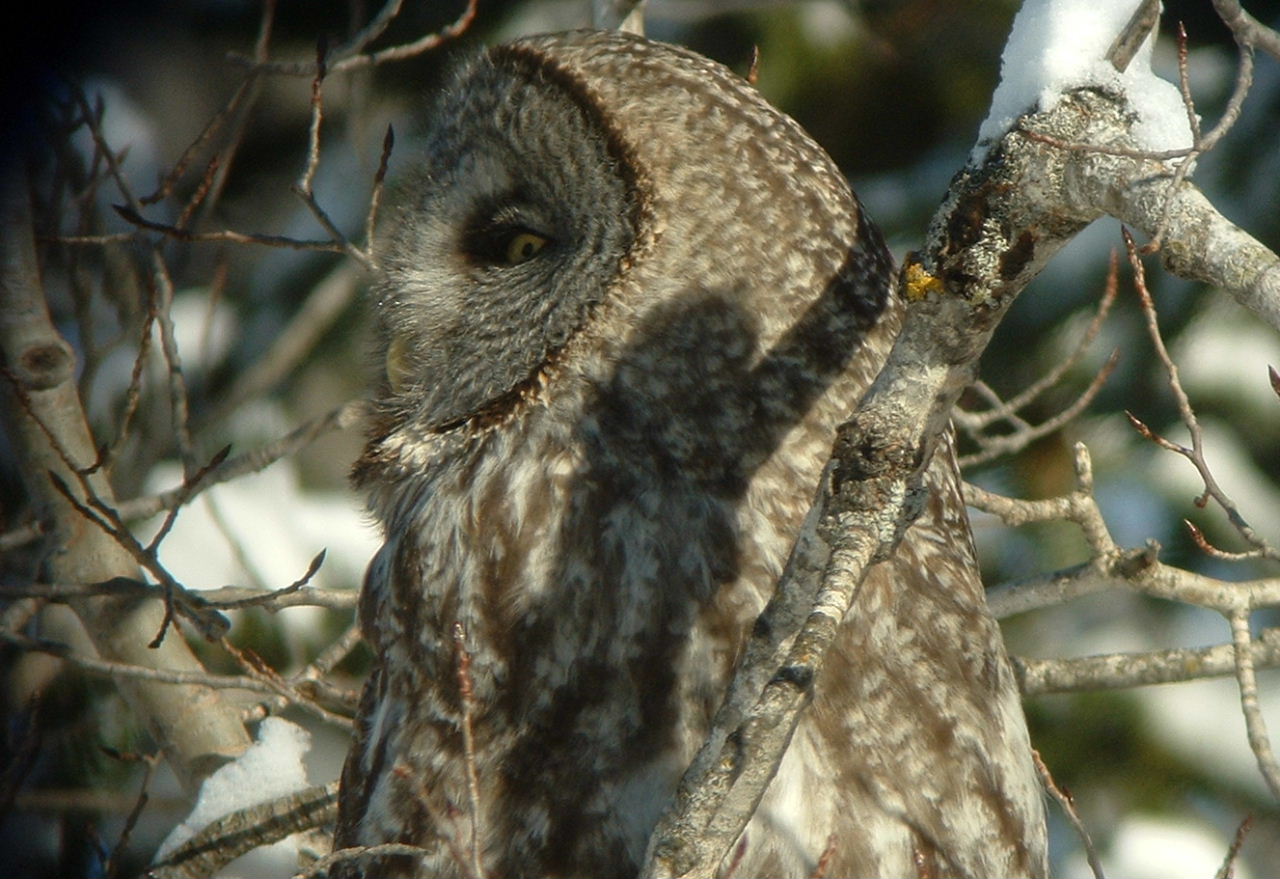 Ginger named the bird Clyde.  You may or may not be able to guess what I suggested as its name if it was a girl (think the Seinfeld where Jerry forgot his GF's name). 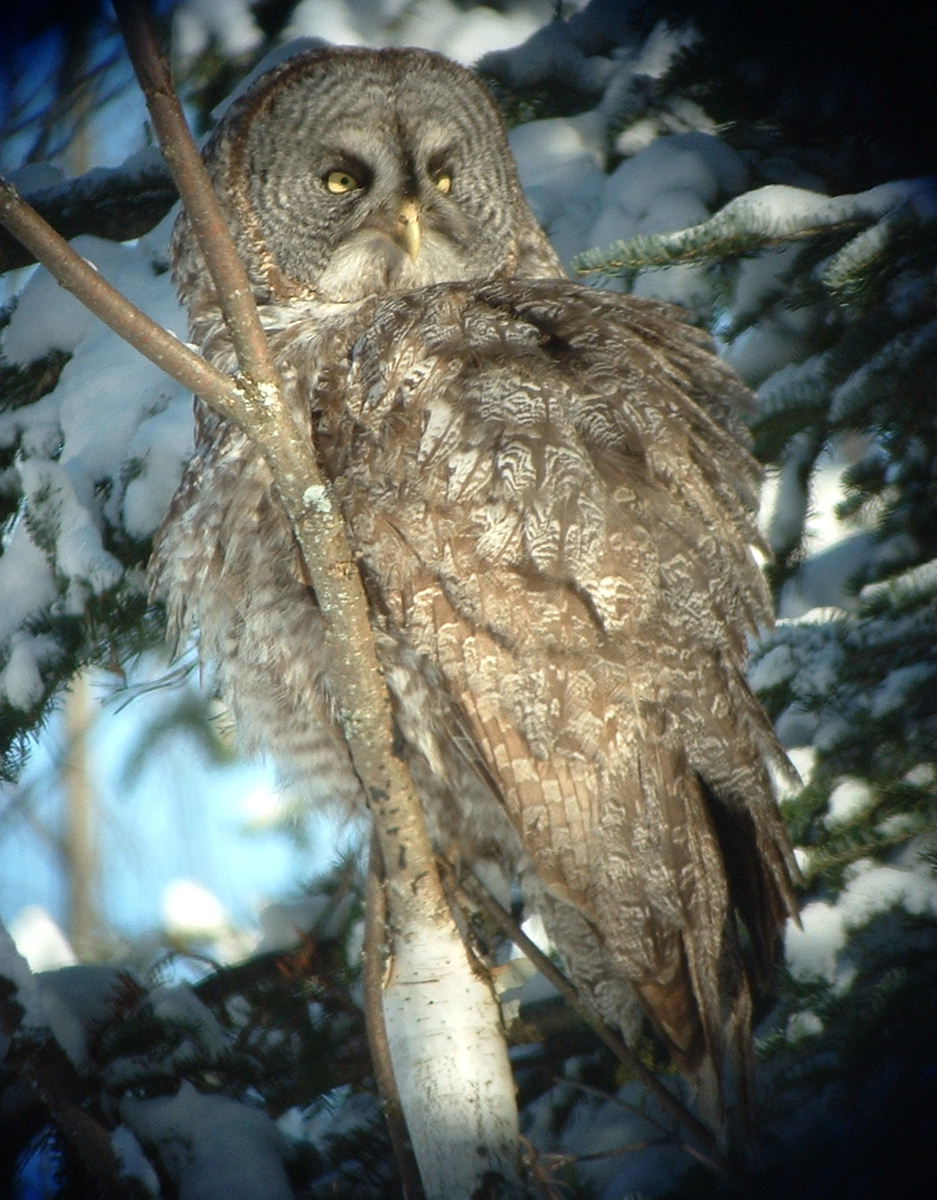 A lot of birders have an area they consider their patch.  There's probably as many criteria as to what constitutes a patch as there are birders.  The most important, however, is how often are you there?  If you're just chasing some bird or just checking during peak migration, it doesn't really count.  You can say you're there a lot.  Or you can be there a lot.  So often that you show up on the satellite photos.  Tim's car has been on the Google maps satellite and street view for a couple years now.  I was on Zillow.com earlier today and noticed the satellite pics were taken in late spring or early summer, as opposed to the early spring Google maps views.  I scrolled over to Tiscornia and what did I find?  A small gray car in the counter spot (Tim's), a buffer zone empty spot, and a red sedan in the spot next to it.  HA!  That would be my car.  Some of the fishermen's cars in the SE corner of the lot are probably ID-able too. 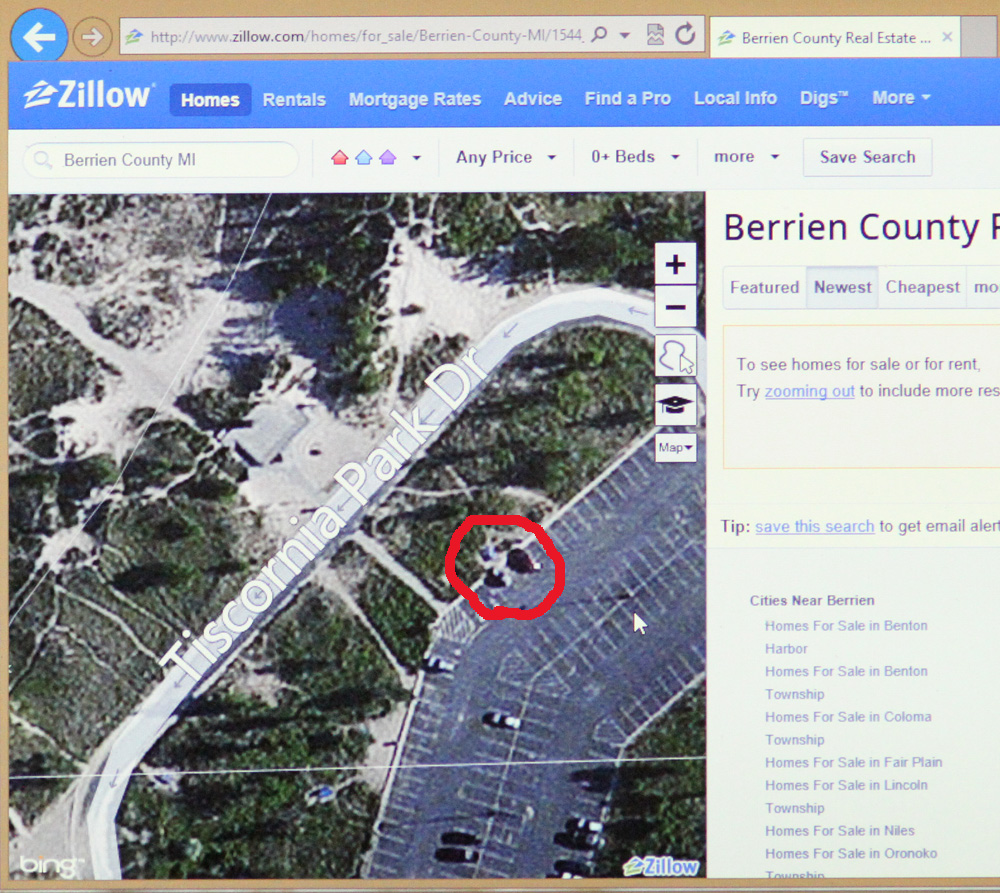 I'm not sure if I should be ashamed or proud, but I can tell you I'm proud.

Here's a few pics from earlier this week from (where else?) the pier. 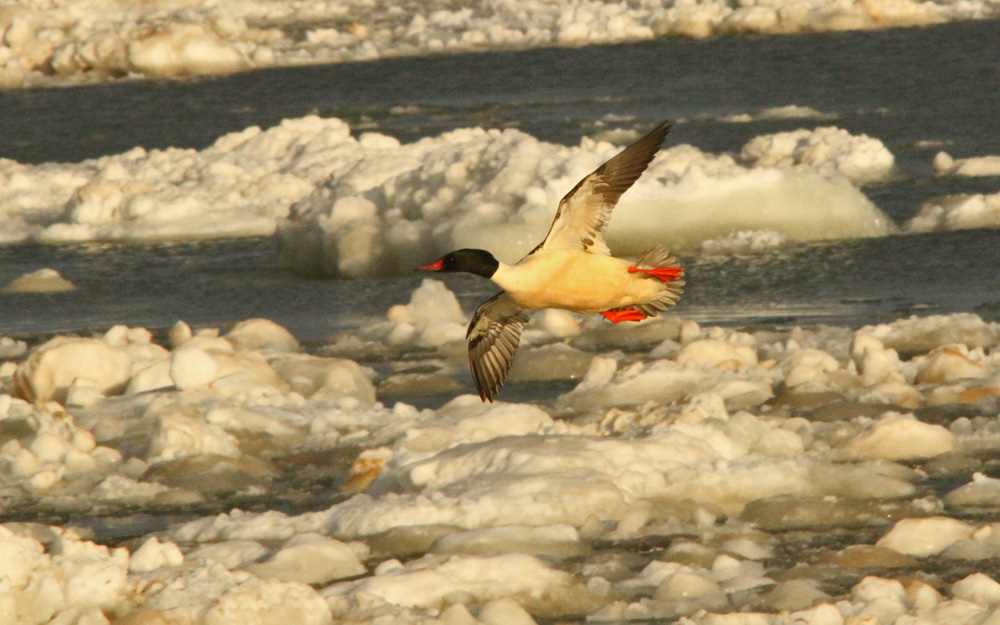 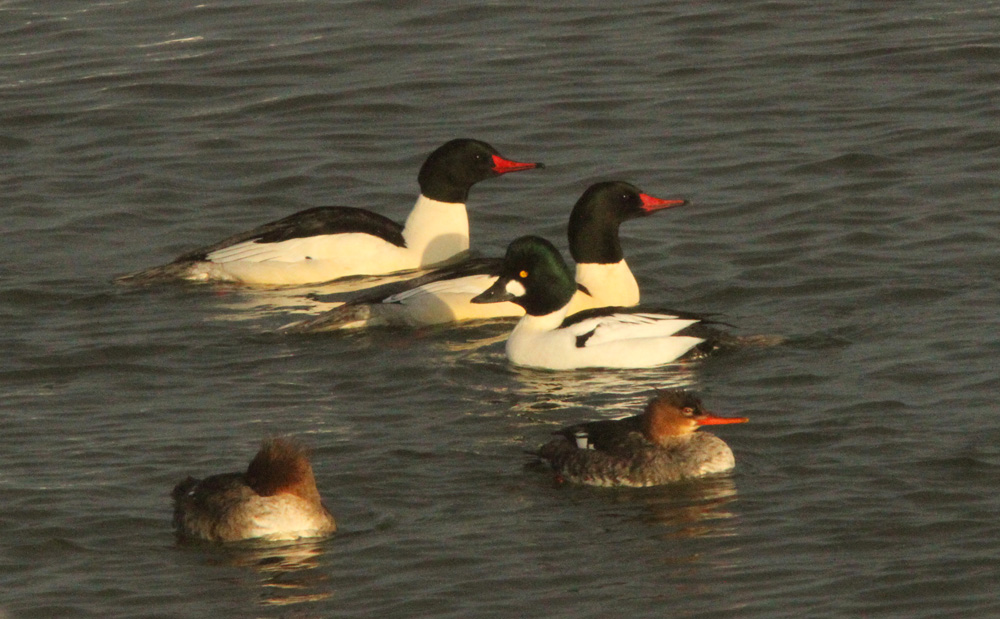 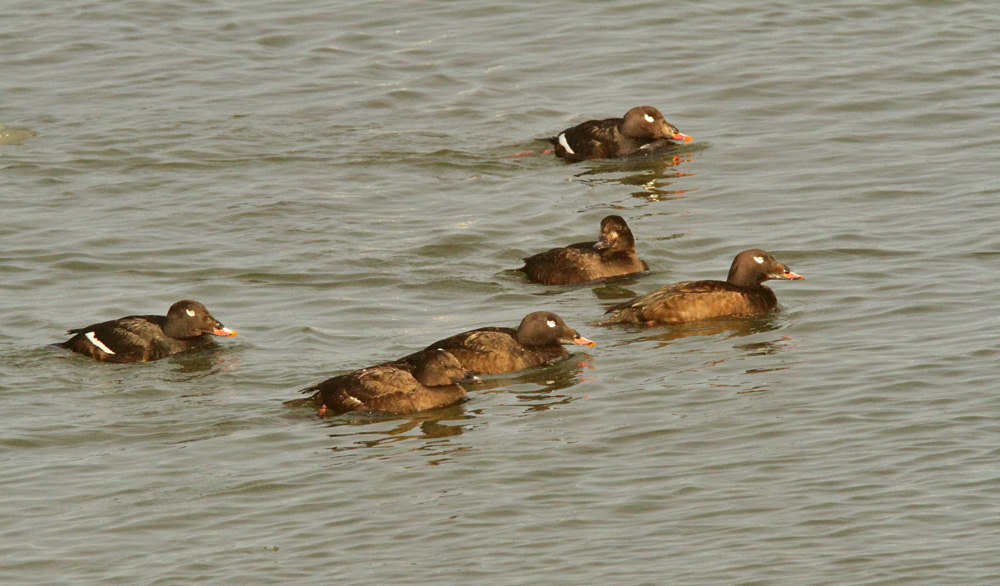 I think this Glaucous Gull is 2nd winter, based on the still bi-colored bill and without strong evidence of the gray mantle or wing coverts that start coming in for 3rd winter.  It has a bit of the smudgy stuff you commonly see in the axilla area in 2nd winter birds (though I don't know if that increases or decreases as the winter progresses; I've certainly seen birds with a lot more than this one). 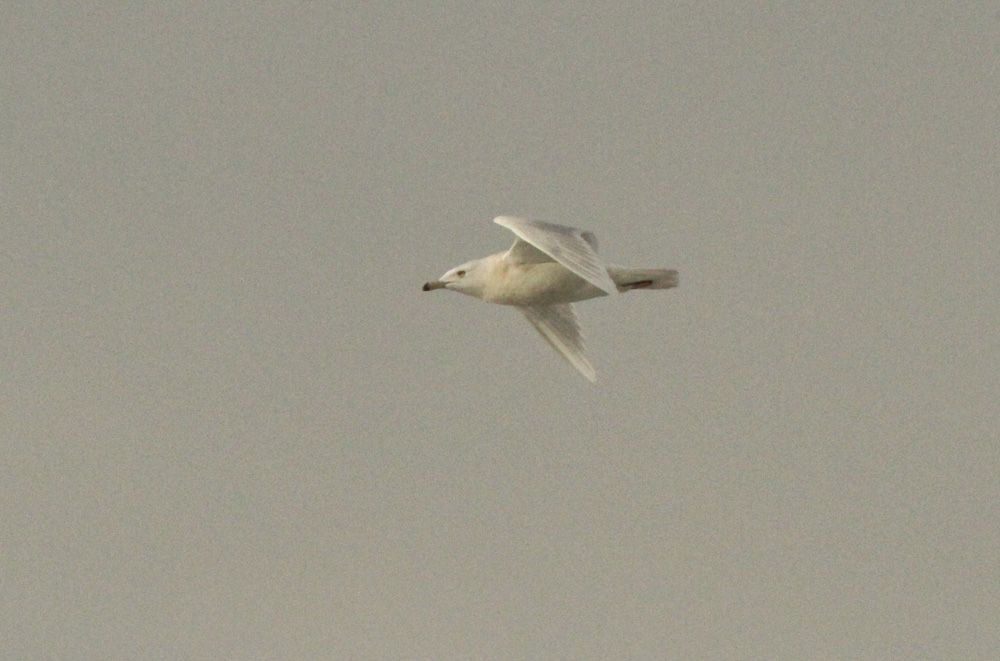 
Neither Rhoda nor I could resist attempting birding after the recent storm and cold snap.  We figured the Solitaire corner of Warren Dunes would be sheltered, getting out there couldn't be that bad could it? Well.  The snow was thigh deep in places, and the rest of the blow out was, well, pretty blown through with wind.  The bird's juniper was pretty covered with snow.  It looked pretty bleak and I was actually heading back when Rhoda, far more dauntless than me, texted she had the bird. 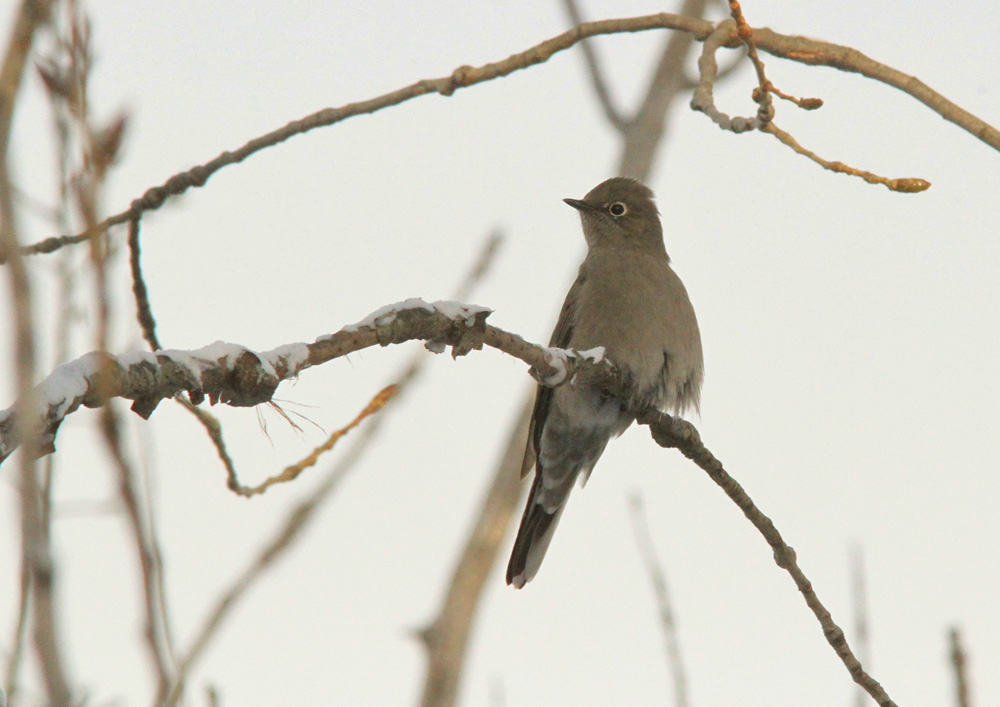 It spent most of its time tucked down pretty low before working its way back over to its juniper.  It was giving a clear tee-tee-tee call that was fairly unique, somewhat the quality of a veery's call but much higher pitched (and obviously given in series).  I'm not sure that I've heard this bird vocalize before.

Most of the birds in the blowout were Tree Sparrows.  This pic isn't great, but it gives some sense of the blowing snow. 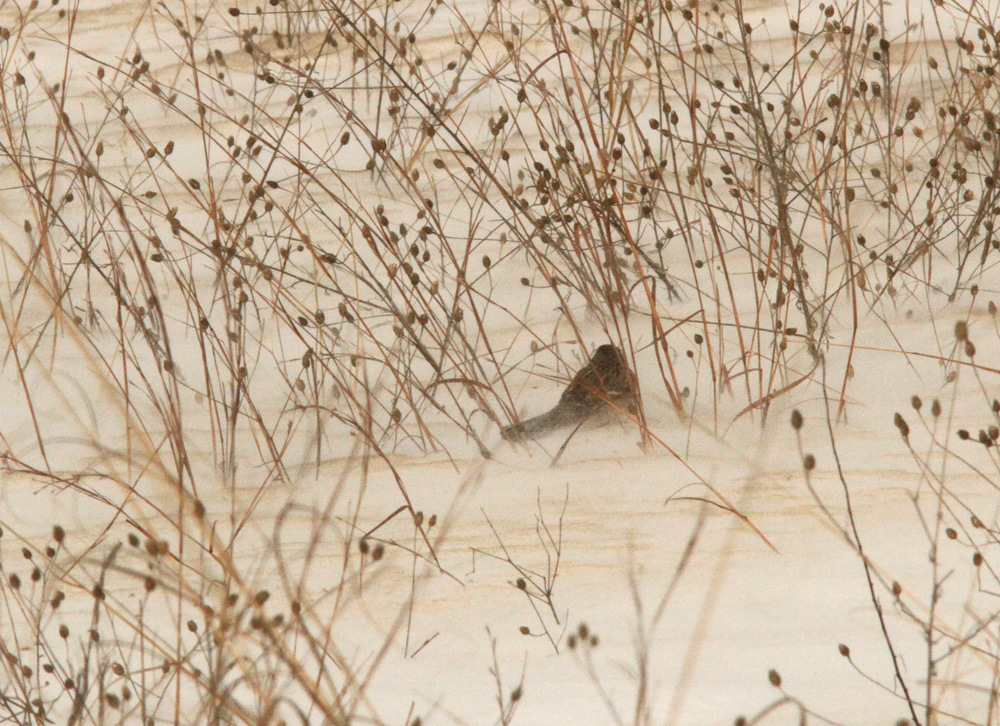 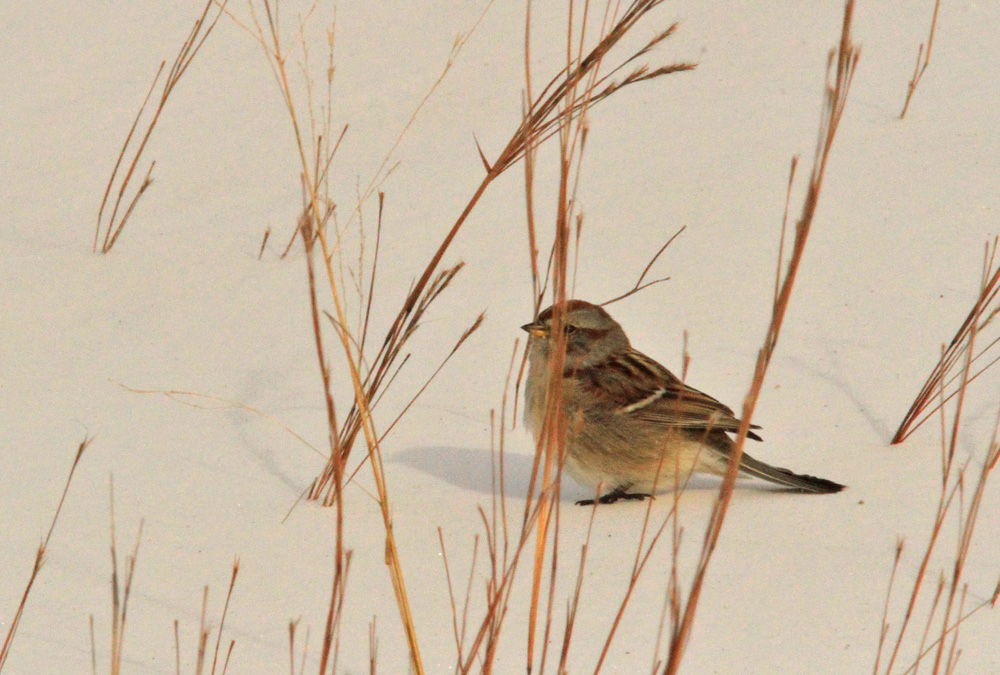 The above 2 pics were on the way in, the bottom one on the way out (I forgot to change the settings on the camera from backlit shaded solitaire which weren't ideal for frontlit full sun with bonus reflected snow light).  It would have been a decent pic otherwise... 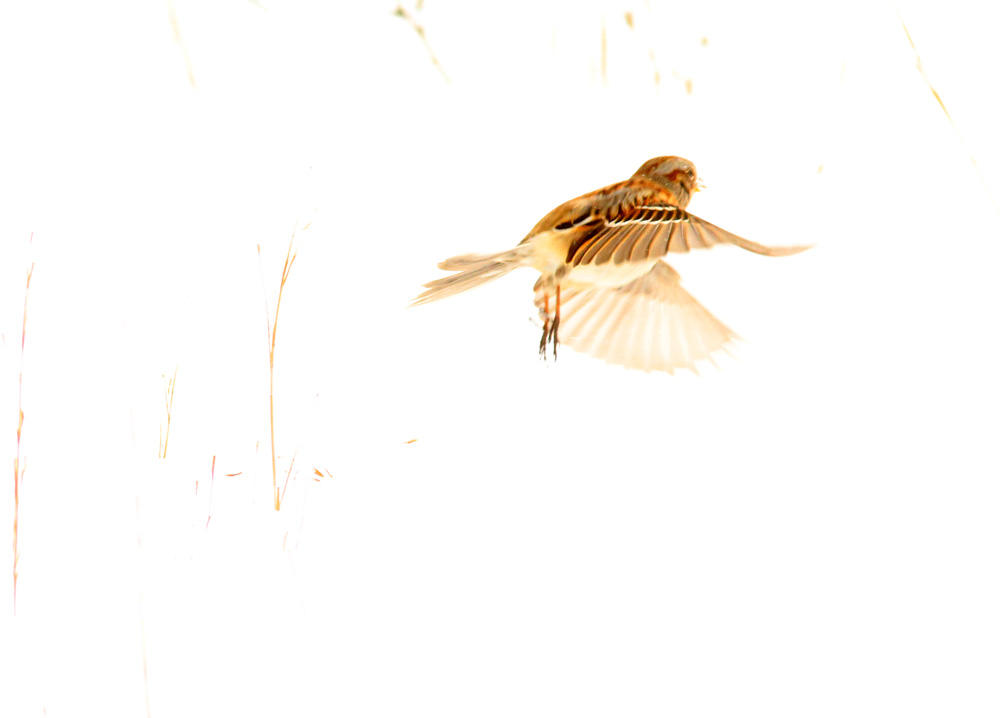