Wild Sumaco was by far my favorite place on the last Ecuador trip.  A month (I've been bad) ago I had a few posts about bird coming in to their buglights.  After leaving the buglights we walked the road seeing what we could see and then set up on an open hillside hoping for a mixed flock.  The mixed flock never really materialized but a Black-mandibled Toucan teed up for a bit. 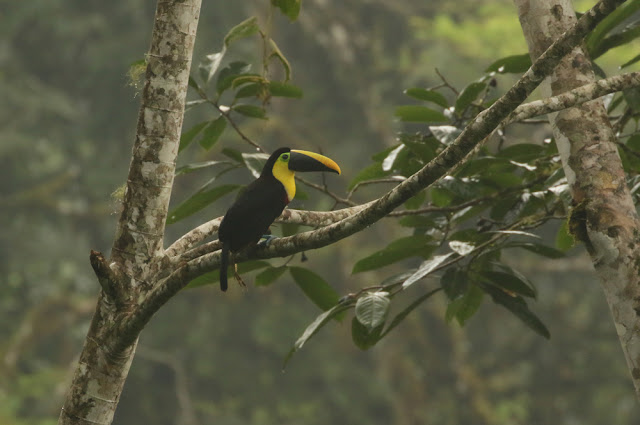 Last year we had good looks at Glistening-green Tanager.  This year we saw the eastern slope cousin, the Orange-eared Tanager 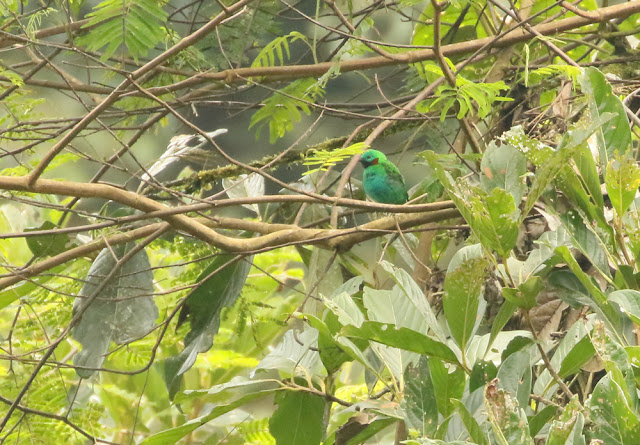 Next up are a couple of roadside birds. The Speckled-class tanagers are birds very different from any we have, as finely streaked as many of our little brown sparrows, but blue and yellow and green instead.  First up is a Spotted Tanager 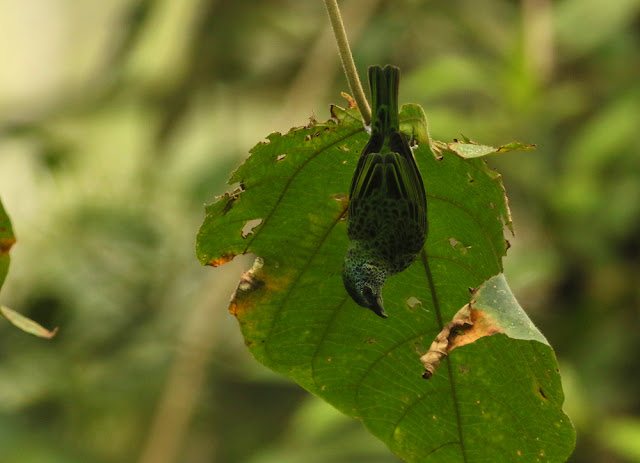 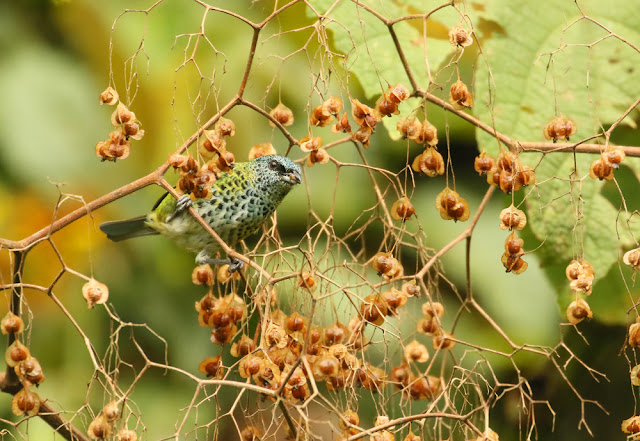 And this similar species is Yellow-bellied Tanager 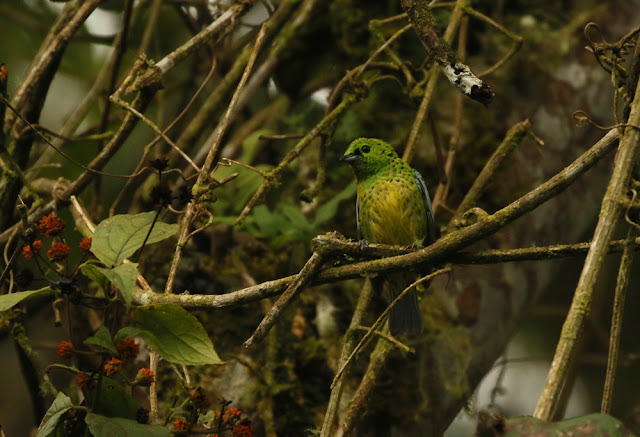 Red Knot in the sunrise

There's been a knot at New Buff the last couple days, I was there at sun-up this morning.  It was feeding actively aside from when killdeer or geese would fly by freezing it up from time to time.

The bird is a juvenile as evidenced by the small fresh scapulars.  This is the reddest I've seen a juvie, though it may also be the earliest I've had this species in fall and simply have fresher plumage. 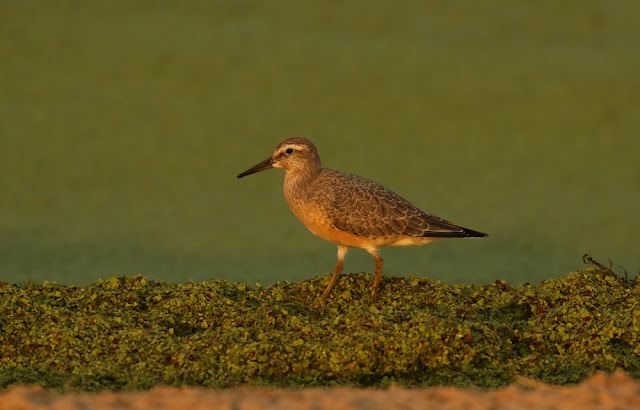 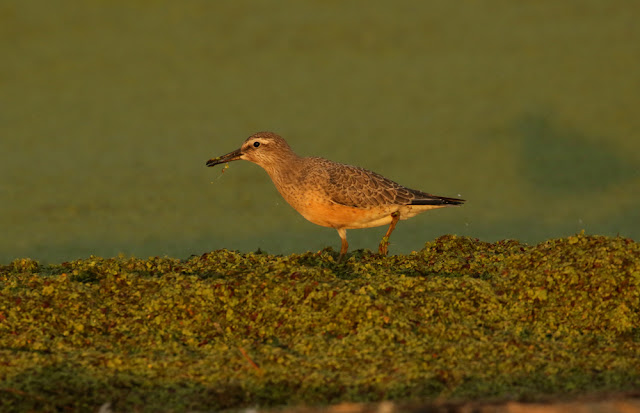 There's still some algae left from whatever the last prey item was.

There were a handful of semi's around, but this Least zipped past the knot for a fun size comparison. 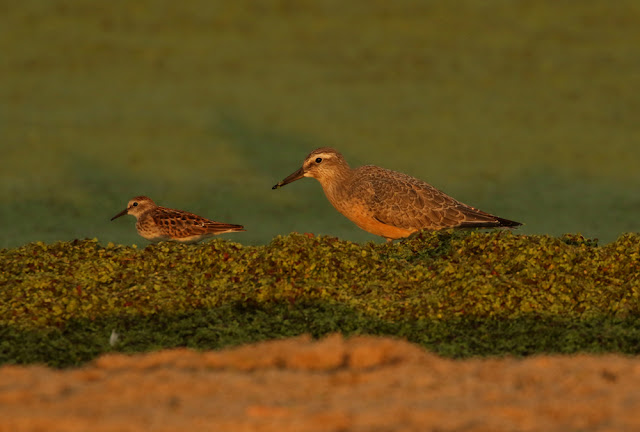 Honestly the water drops from the little wavelet hitting the algae distract more than they add interest to the next one. 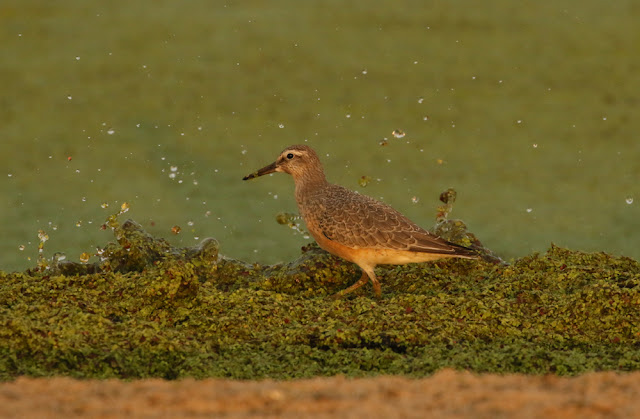 One last pic from just before the sun rose. 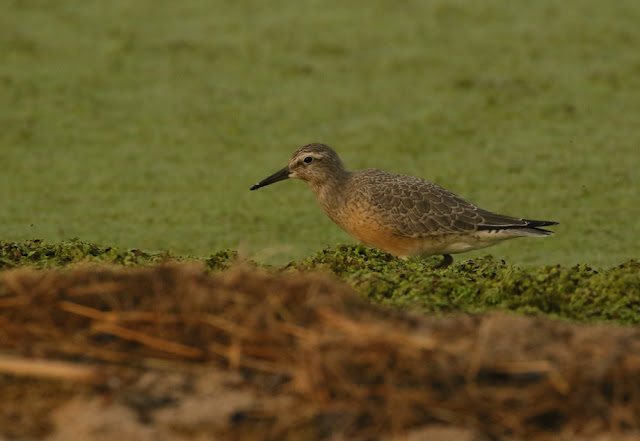 Hopefully Baird's will be next!
Posted by Matt at 8:06 AM No comments:

Singing to the end

I hadn't checked on the Bell's in a while so I wandered by this morning.

It's still singing away.  It sounded a little quieter to me, not sure if that was real, or if it's starting to lose some of its interest.  The rate of songs sounded unchanged to me. 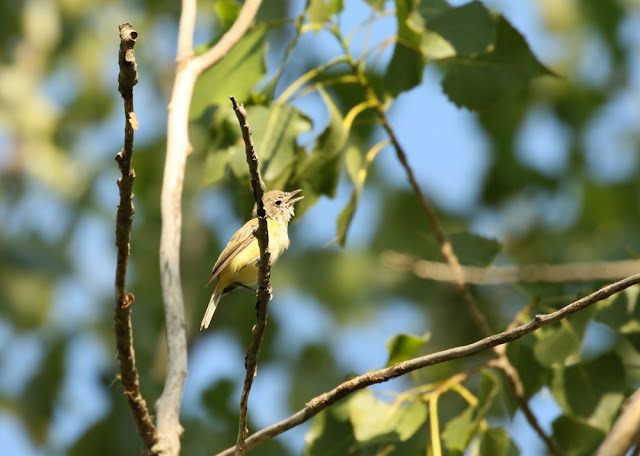 It's already molting as evidenced by the swallow-tail.  It's surprising to me that it's still singing and trying to attract a mate while its feathers prep for migration, but then again if anything will sing till the end it'd be a vireo. 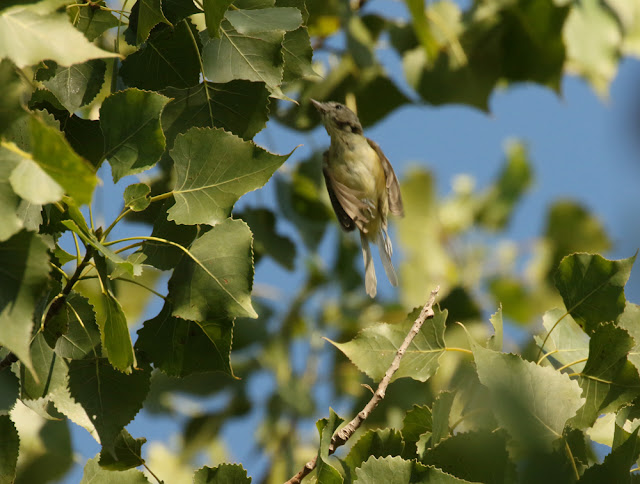 And proof that the summer if flying by, we've moved right past clubtail season (July) and into the Darners... 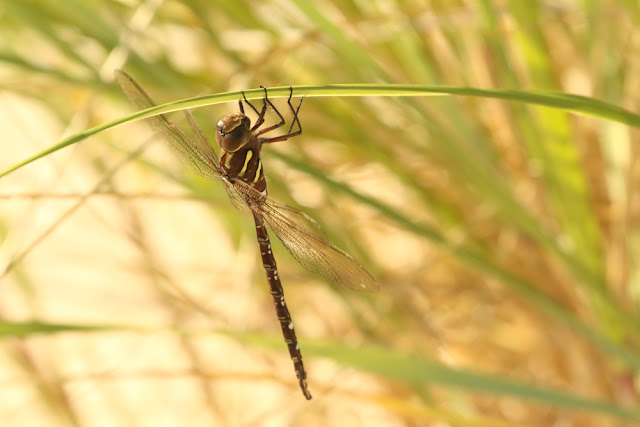 My best guess is that this is Shadow Darner.  I tried to get a pic of the very tip of the abdomen to be for sure, but forgot whether you want a top or side view.  (I went for top but should have gone for side).  It flushed (and then was nearly eaten by one of the local kingbirds), oops.
Posted by Matt at 10:07 AM No comments: