One last series of pics from the buglites at San Isidro (how did a couple weeks elapse between posts???).  But enough of subtle grays and browns, why don't we transition to Christmas colors?

A pair of Collared Trogons came in for breakfast as the light finally started to shade into day (though they're still super grainy)... 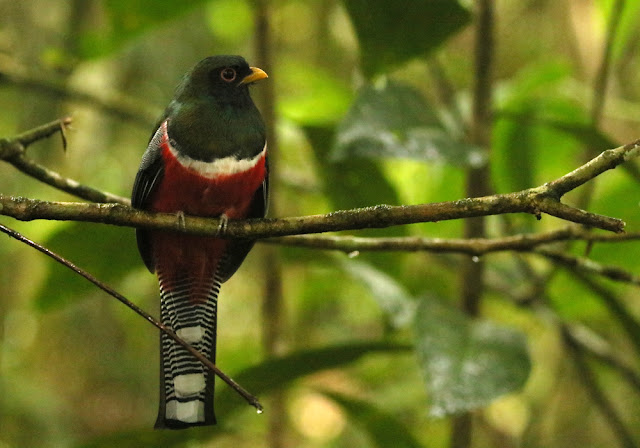 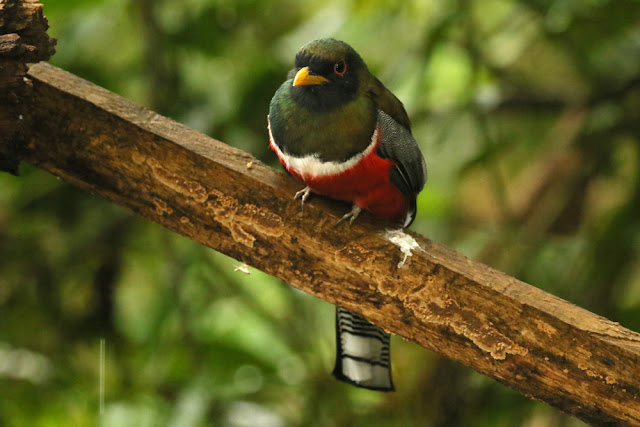 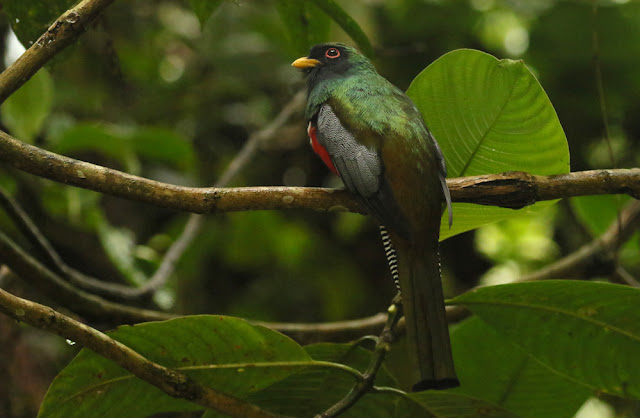 The female is less colorful, but in some ways the teardrop eyering makes her more dramatic 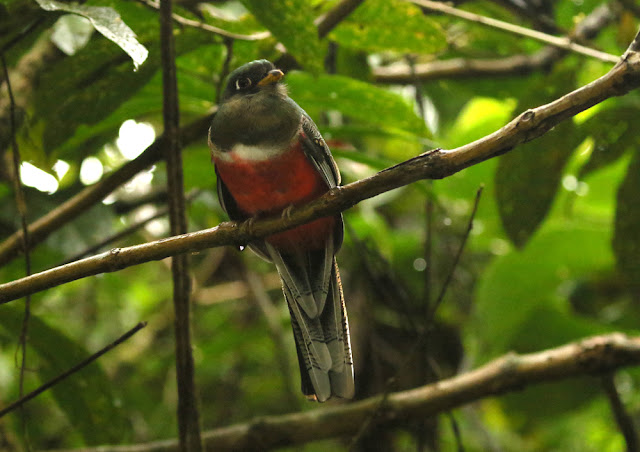 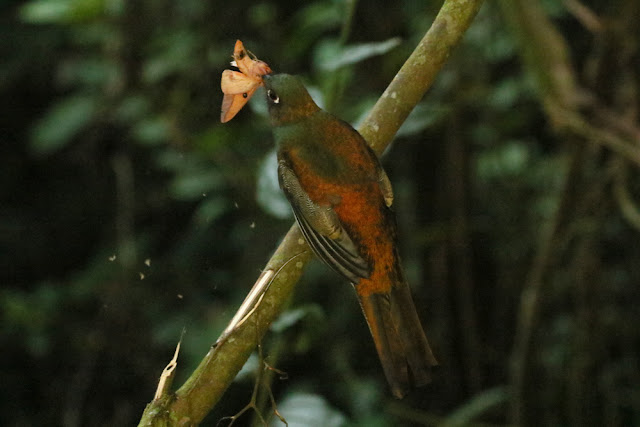 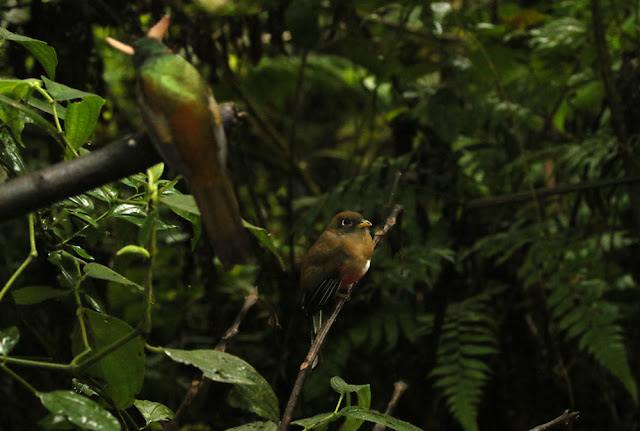 I've listened for this bird (and occasionally trolled with tapes) A LOT in Berrien County.  Last spring in Texas I listened (and looked) at them.  There were a lot of birds on that trip that were easy to find if you're where the bird is supposed to be (scissor-tailed fly, Bell's, chat, Blue Grosbeak, etc) and it was re-assuring that the sounds popped out.  And pop out it did here in Berrien.  The song was soft initially but eventually the bird came into view, heavier billed than a Warbling, yellower below, and  wing barred.  It was satifying.  The pics are so-so, the bird isn't along a trail.  The territory is on golf course property in an area not really open to the public so a person can't get that close.  Fortunately it's right next to the RAC parking lot so is audible and at times distantly visible.

The pics are cropped pretty heavily.  I think this is just the 2nd county record since 2000 in eBird, and Berrien has more records historically than anywhere else in Michigan, though the MBRC searchable database is down; I'm not sure how many official records there are. 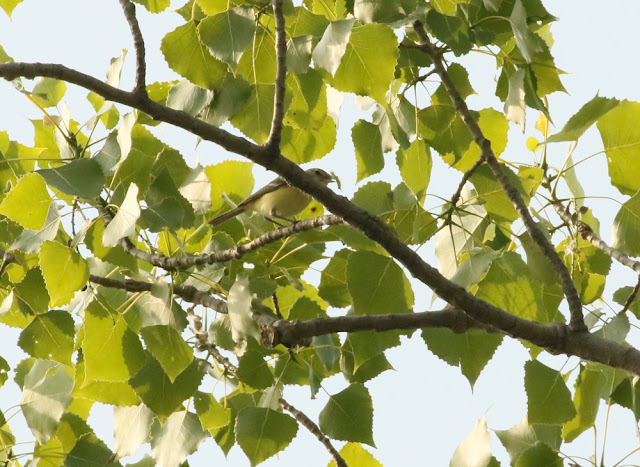 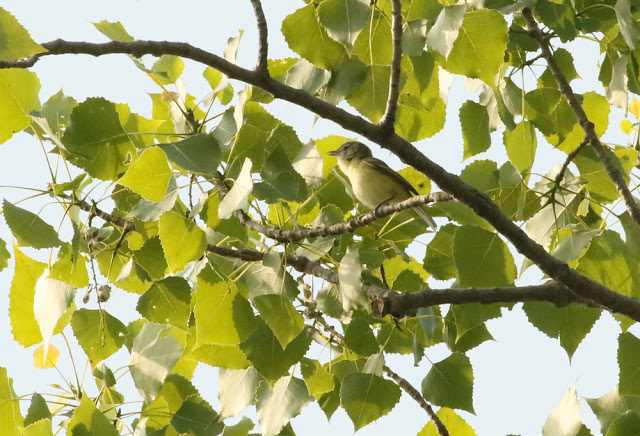 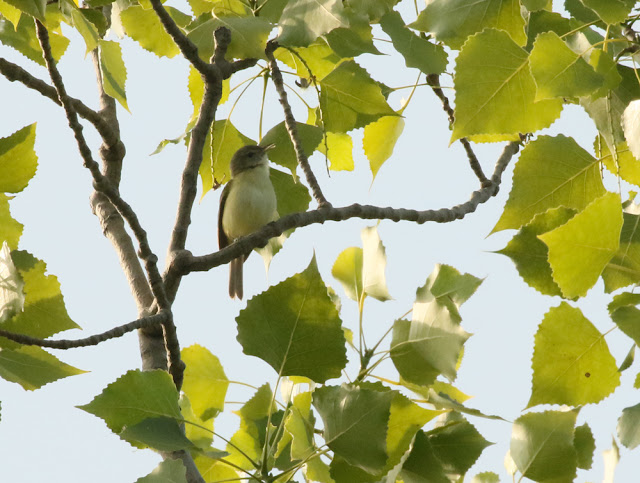 In other news, I may have one last (female) slot open for next February's trip to Ecaudor. If you're interested in seeing hoatzins, antbirds, and parrot/macaw clay licks in a small group of 8 people let me know if I can send you the full details!  (matthysell@comcast.net)
Posted by Matt at 5:54 AM No comments:

Bliss might be too strong a word, but there were a lot of cool birds.

The biglite area remained DARK.  It was probably an hour before the sun rose, but as it did clouds thickened, humidity turned to sprinkles and sprinkles into rain.  We perservered, and the rain started to fade away and some more birds worked their way in.

This is Ornate Flycatcher, a bird we saw a few times last year. 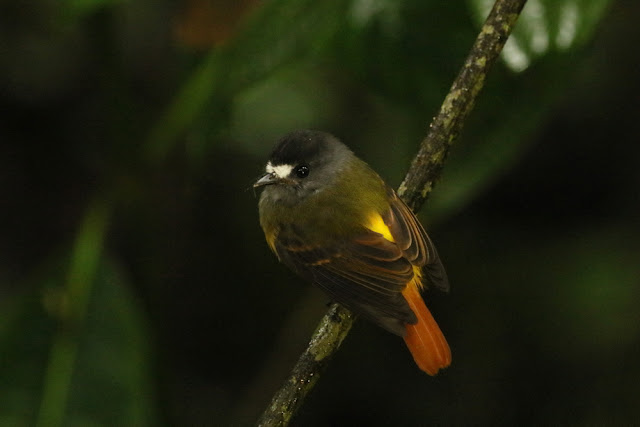 I hadn't even learned this next one's name however. 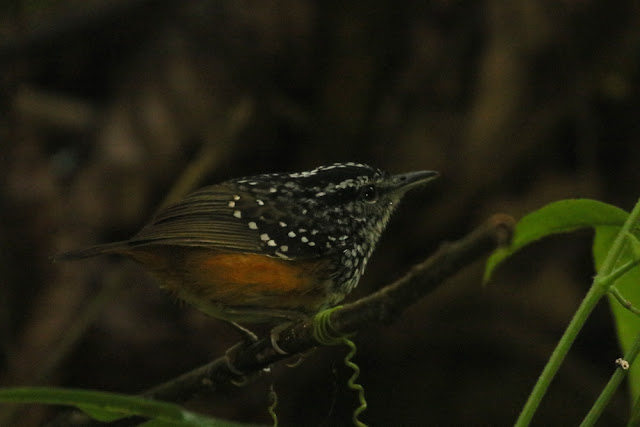 It turned out to be Peruvian Warbling Antbird; the name is longer than the bird. 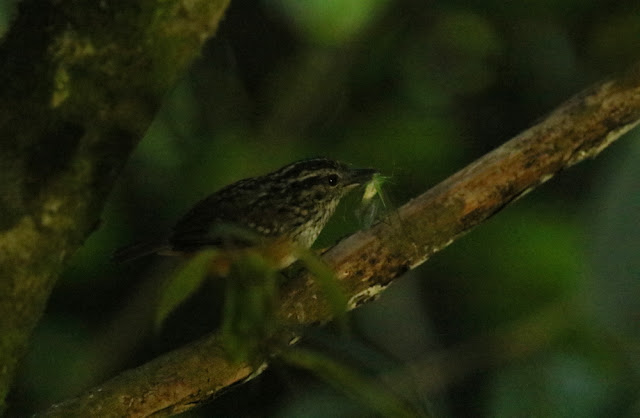 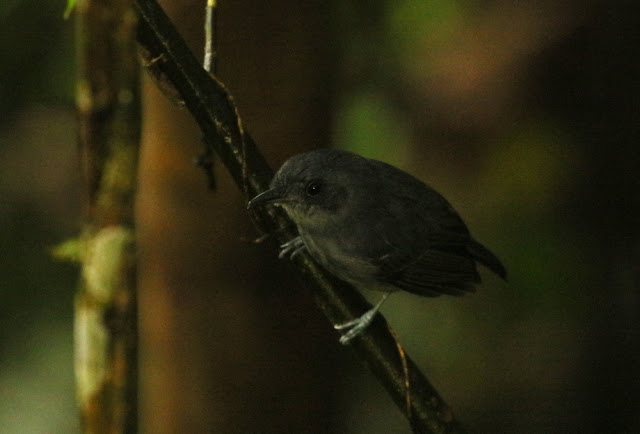 White-breasted Wood-wren was pretty identical to its Central American cousins though. 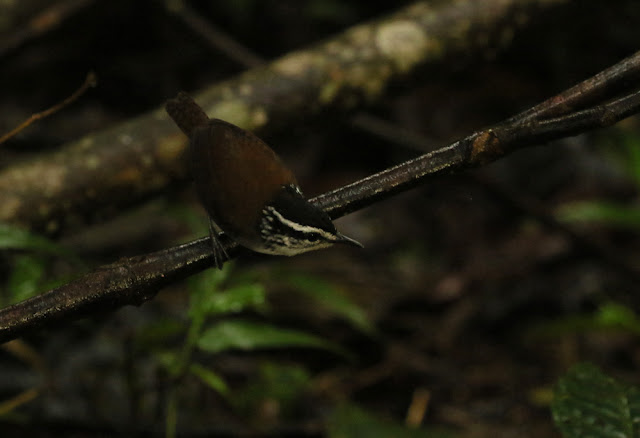 Finally a White-chested Puffbird, a bird whose posture can give lie to its name. 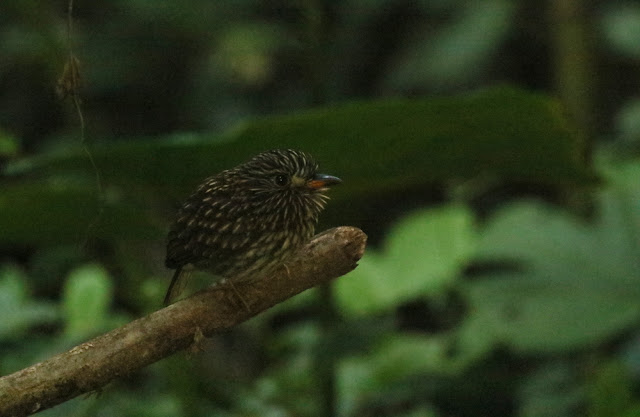 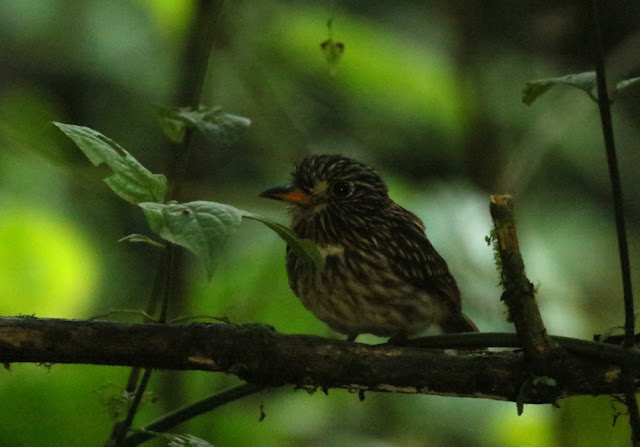