Yesterday morning during a nice little push of Bonaparte's Gulls I picked up a speck of dark on the horizon through bins a half mile out.  I was hopeful that the scope would confirm a Little Gull.  No dice, a Bonaparte's popped into the scopeview.  I'd no sooner stepped back when Tim casually announced "Little Gull."  Dammit.  Shifting the scope one degree right produced the bird.  It followed the river water right into some bread Tim tossed.

This was my closest view of an adult sporting those black underwing flight feathers. 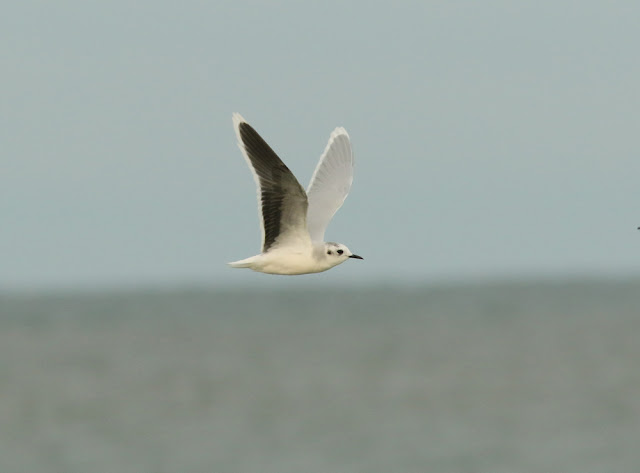 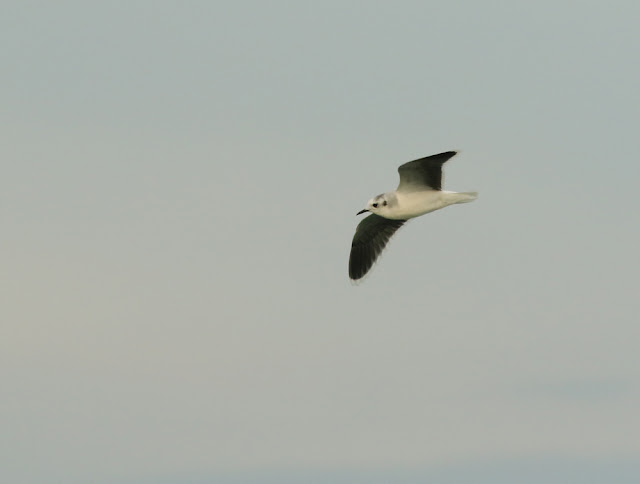 Dorsally there's not much evidence of that unique underwing.  Note also the much smaller bill (and gray outer primaries) that are very different from a Bonaparte's. 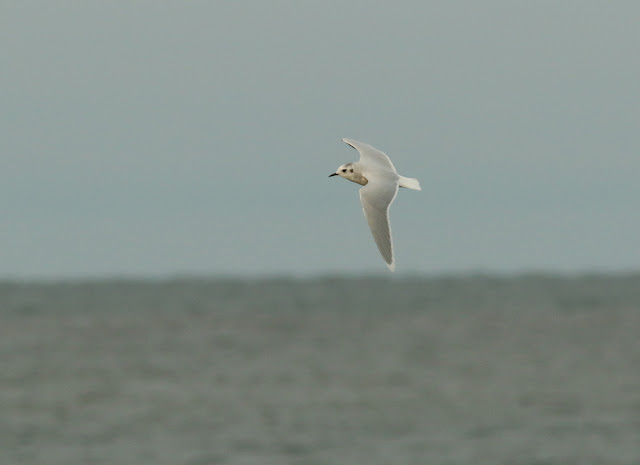 One more view of the bird dashing through the melee of photo-bombing rat gulls. 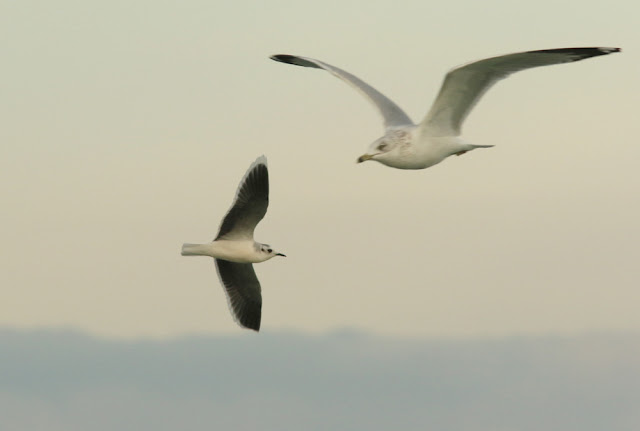 Its flight was much more irregular than the other gulls', accelerating and side-slipping through the fray.

Finally in the Because Charmanders Won't Walk Themselves category, a neat little Golden-crowned... 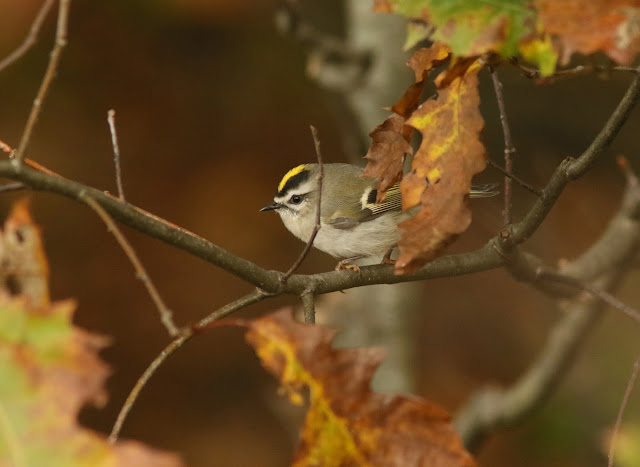 Looks like it's keeping its feet dry.
Posted by Matt at 6:37 PM No comments:

unlike the one in the UP, these pics are from Costa Rica.  I'm not sure if I'll go after the UP Tropical.  I haven't had a day off since it was found and don't have one any time soon either.  In the hopes of finding one here I've occasionally photographed them in the neotropics to work on comparison file photos.

Tropical is said to have a slightly more notched tail than the similar Couch's; certainly the notching is apparent on this bird. 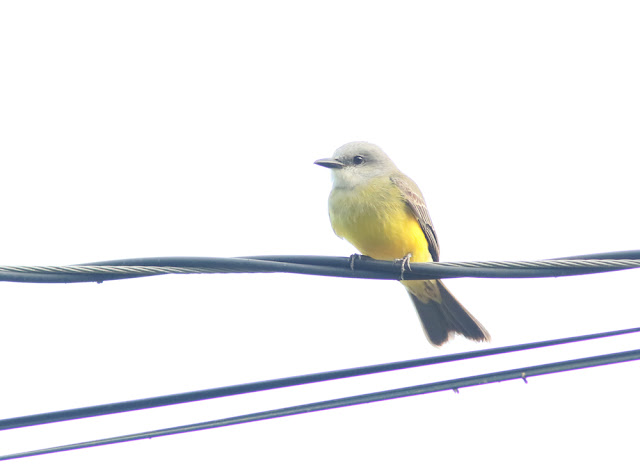 A look at the bill base.  It's thinner looking straight on than I would expect from the side views. 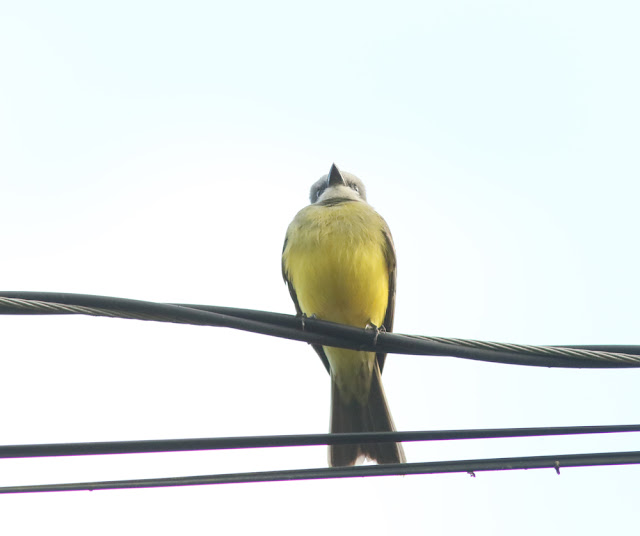 This is the same individual with less back-light.  You can start to get a sense of the back color.  Tropical is said to average slightly greener than Couch's, but again this is an average difference and hard to evaluate on individual birds. 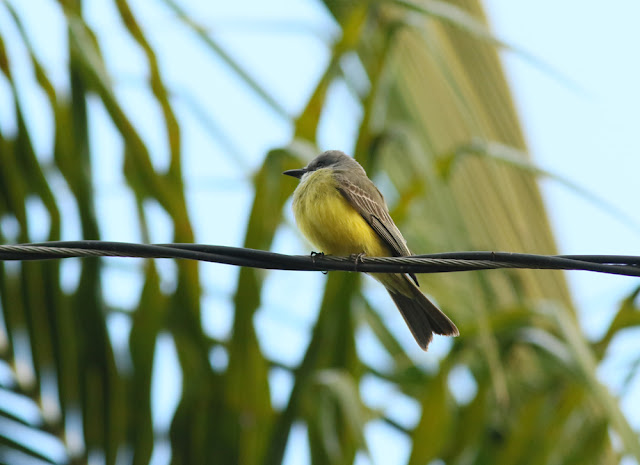 A side view of a different individual... 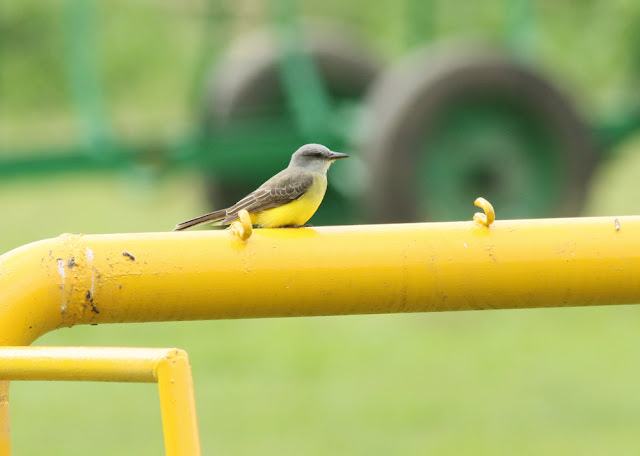 Next is my only pic of a Couch's Kingbird (from S Texas) back in the digi-scoping days.  Based on the wing coverts it's also a young bird (though photographed in late summer it's even younger). 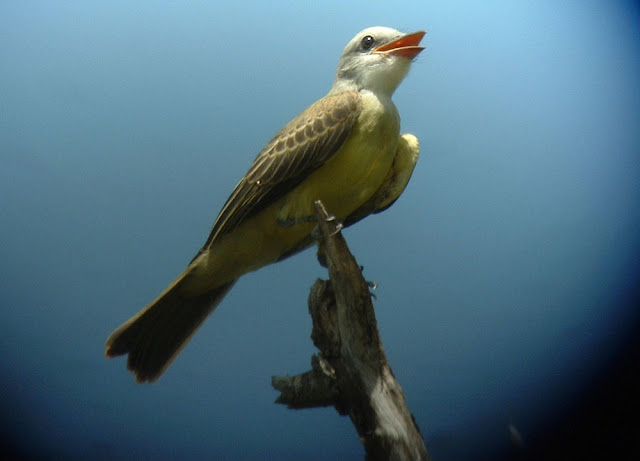 This bird is still growing in its outer tail feathers so I'm not sure any comparison can actually be drawn between the degree of notching between this and the lead-off Tropical
Posted by Matt at 1:56 PM No comments:

Ladies and gentlemen, I present to you ... immature gulls!  Cue the sound of everyone closing their browser window.

First is a juvenile Lesser Black-backed from Tiscornia. 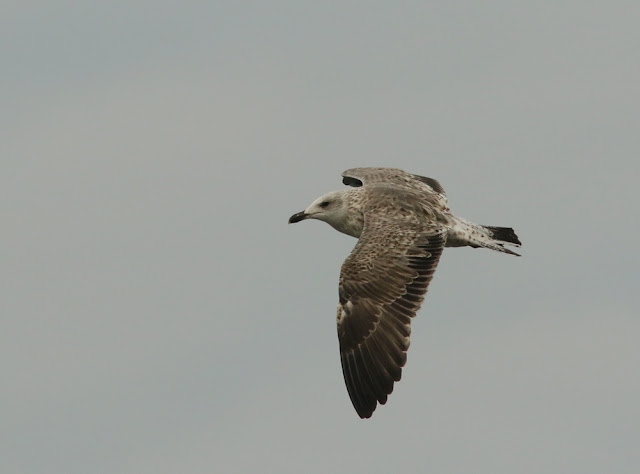 Fifteen years ago I doubt I could have appreciated the difference between this and a Herring Gull, but they've gotten a lot more common. 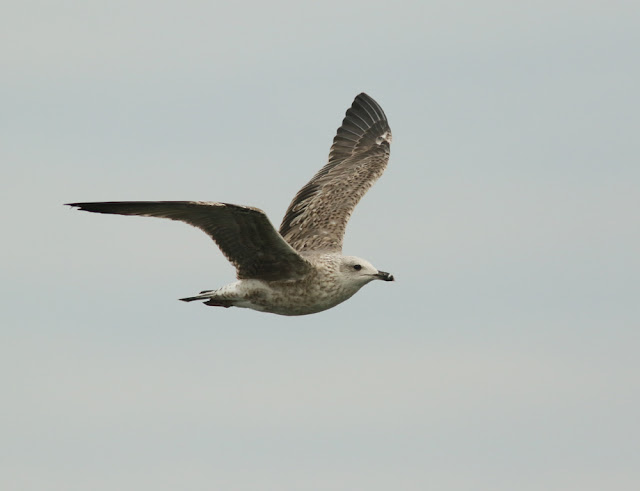 The bill is smaller than a Herring Gull's and stays darker much longer (more later).  In flight notice how all of the primary feathers are pretty solidly dark.

Contrast those flight feathers with this Herring Gull's. 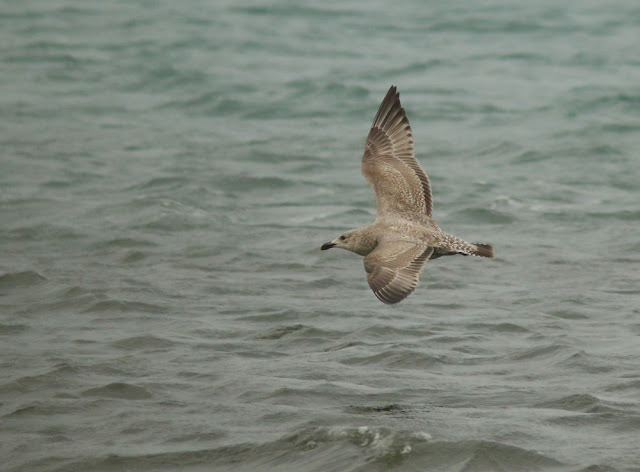 The outer primaries are dark, the inner primaries are a much lighter gray-brown.  The above Herring still has an all dark bill and probably is from much farther north than this next bird which is more typical of our Herrings which is well on its way to a two-toned bill (and is also getting some first winter feathers in the mantle). 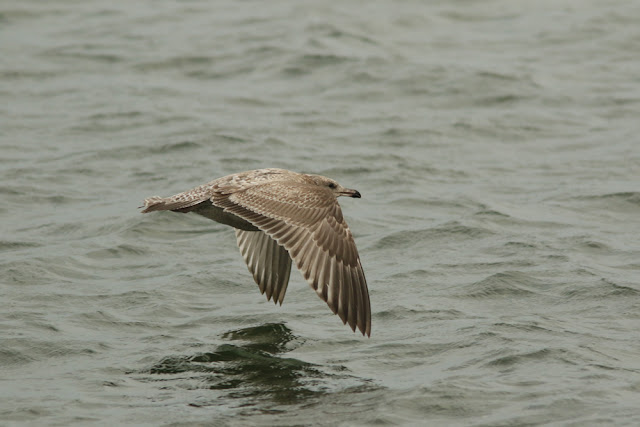 Here's a first year Lesser Black-backed from New Buffalo with a similarly aged Herring behind. 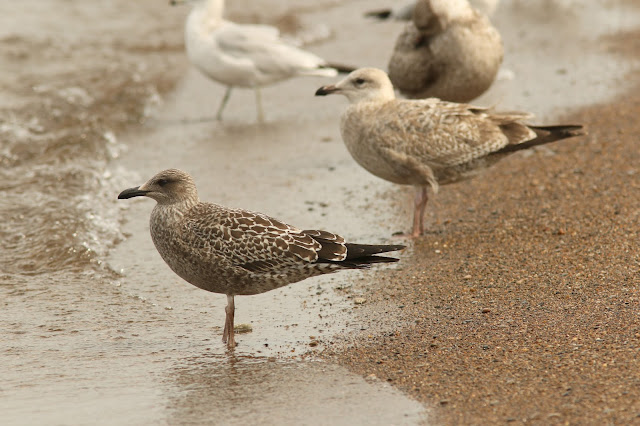 I wouldn't make a huge deal out of how much darker the Lesser is; that difference is accentuated by the Herring being a couple months older as evidenced by the two-toned bill.  The Herring is a lot more faded and its brown juvenile feathers have had probably twice as much time to fade.  A juvenile Lesser is more crisply marked than a juvenile Herring, but this Herring isn't a juvie any more, it's working its way into first winter.

Just for fun here's the above Lesser now facing right with a 2nd winter Lesser in front of it. 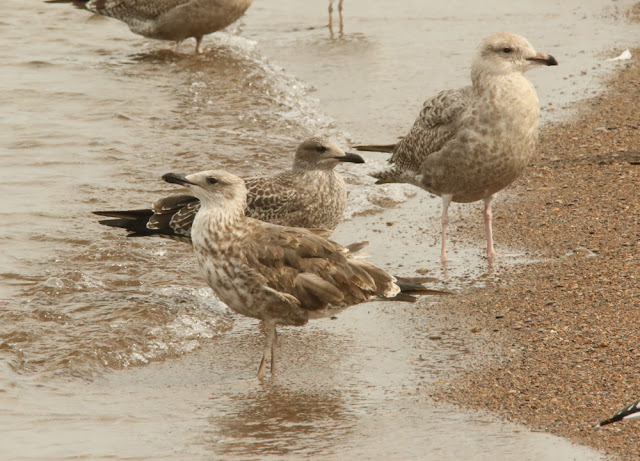 The 2nd winter Lesser has a darker bill than the first fall Herring.  You can start to get a hint of the darker mantle.  The tertials (darker feathers with the bright white ends just short of the primaries) are pretty classic for 2nd winter Lesser Black-backed too.