Kicking the trip off with a caption contest

Everyone on the trip arrived a day early and we birded on our own the first evening and full day.  The official trip started at the Ammo Dump ponds just outside the entrance to Pipeline Rd.  We've all birded sewage ponds, but an ammunition dump, well there have to be good birds there right?

A couple of Southern Lapwings walked right past us.  It wasn't until I looked at the pics that I noticed the fairly remarkable feature (err, features) of the male as he strode past. 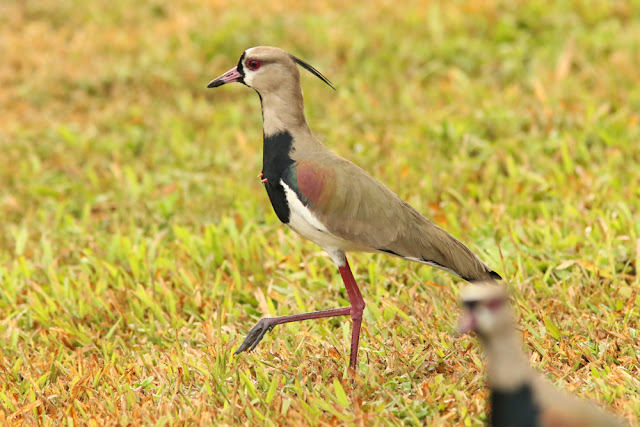 Are those spurs on your wings or are you just happy to see us?  You didn't think it was cold in Panama did you?

We called out a number of the common edge birds, Pale-vented Pigeons would become a familiar part of the soundscape. 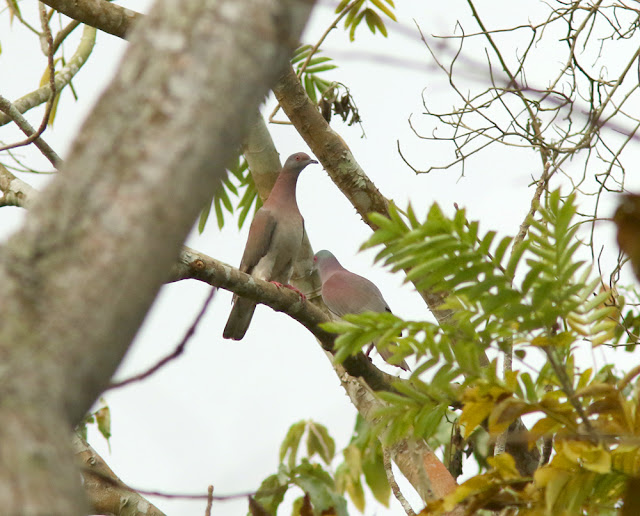 Among others,  Blue-gray tanagers, a couple Prothonotory warblers, a nesting Red-crowned Woodpecker, and a not very cooperative Southern Beardless-tyrannulet appeared, as did a new hummingbird, Black-throated Mango. 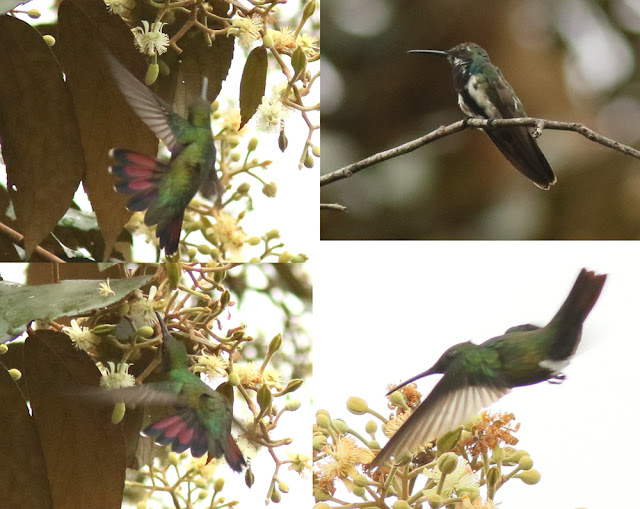 We started seeing and hearing our first of many Yellow-crowned Tyrannulets.  We would hear the soft but distinctive fwee-beeerr call of this small stub-billed flycatcher every day in the lowlands. 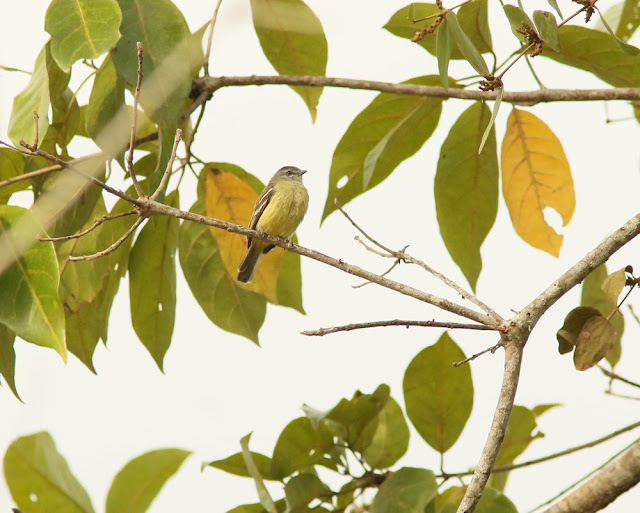 Panama Flycatcher would be much less common.  This was my best view of this rather dull myarchid though they would be seen a couple other times on the trip 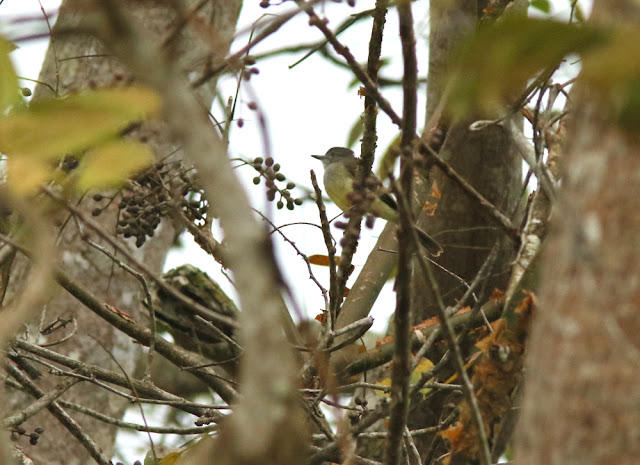 Rufescent Tiger-heron is one of the sought after species at the Ammo Dump and it didn't disappoint.  I think nearly every time we drove past it a couple were in view. 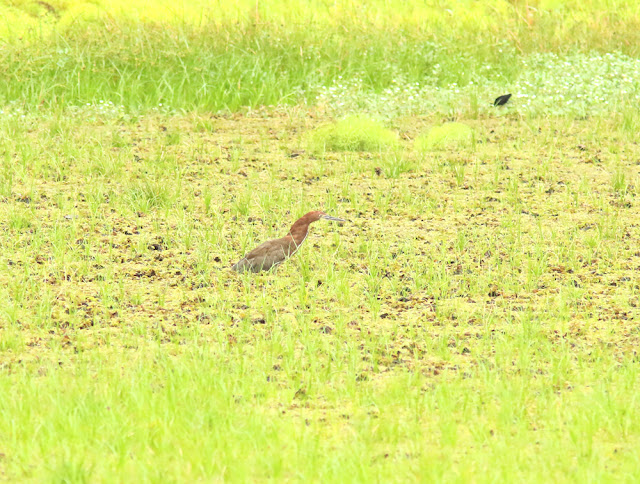 Wattled Jacanas would be very common throughout the trip, seen in basically every wet spot, both young and old. 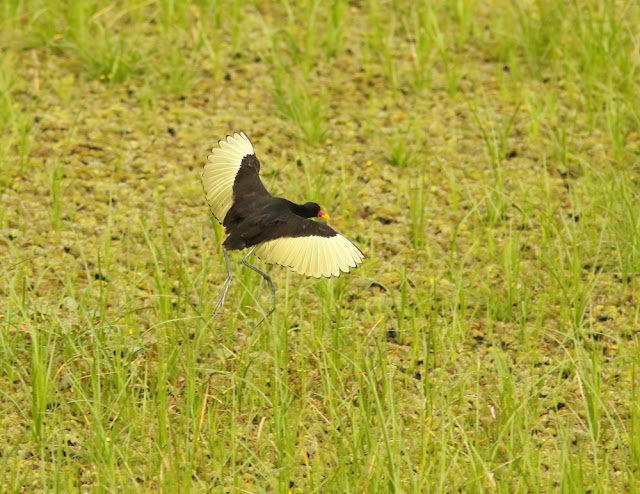 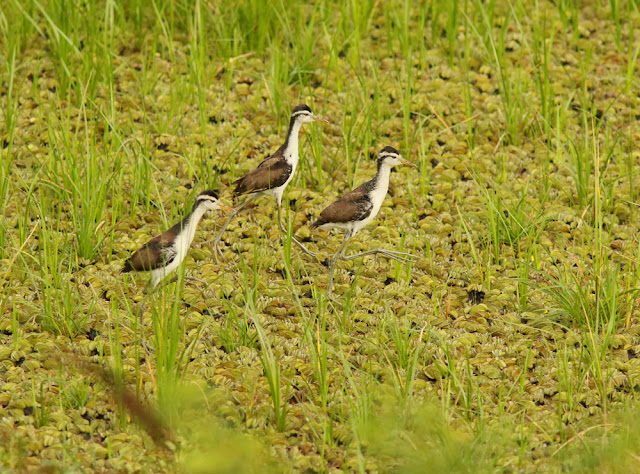 Anis (as well as a couple Snail Kites and a couple Purple Gallinules) foraged about the periphery of the wet grassy stuff.  This is a Smooth-billed. 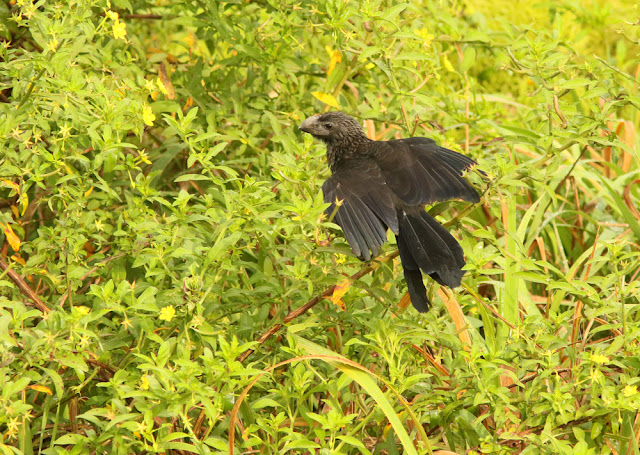 Greater Ani seems to be closer kin to a dragon than a bird. 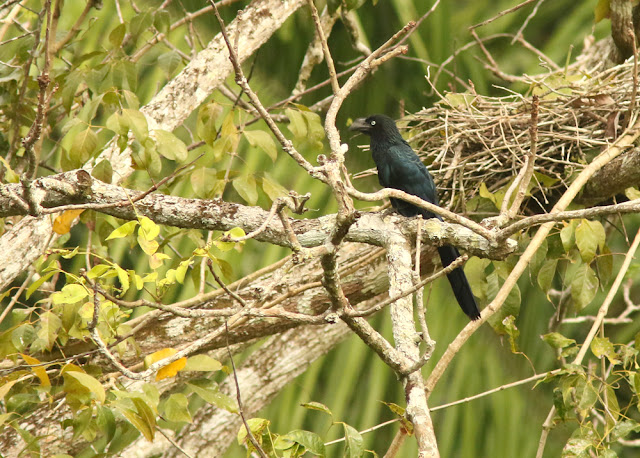 A couple of us had had poor views of a Tamandua, a small anteater, the day before along Pipeline so I was pretty excited to spot another here which the group enjoyed. 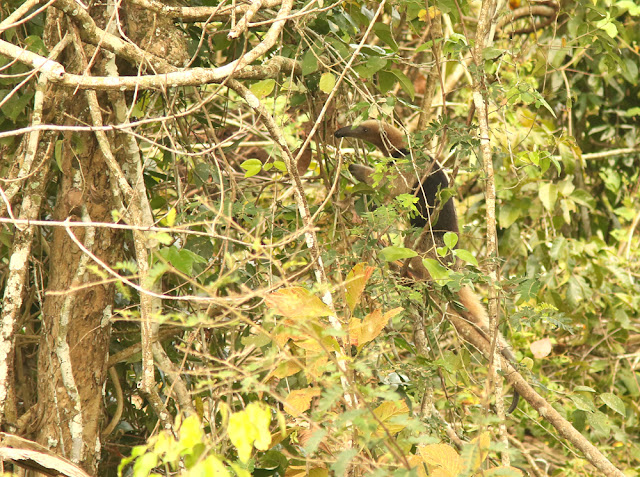