And you shall name him ... Mothballs

Jose took us to Plantation Rd, another abandoned road (but popular mountain biking trail), into a different area of Soberania National Park on the afternoon of the first official day.  Enormous trees kept us sheltered from the direct sun.  As would be expected for mid-afternoon it was fairly slow, but that didn't deter us.

A couple of Spotted Antbirds caused some initial discord by hopping in and out of view repeatedly with Jose having lost his laser pointer with his previous group (he got another one that night).  Eventually everyone saw at least one of them, though we'd get ridiculous looks at a pair a day or so later. 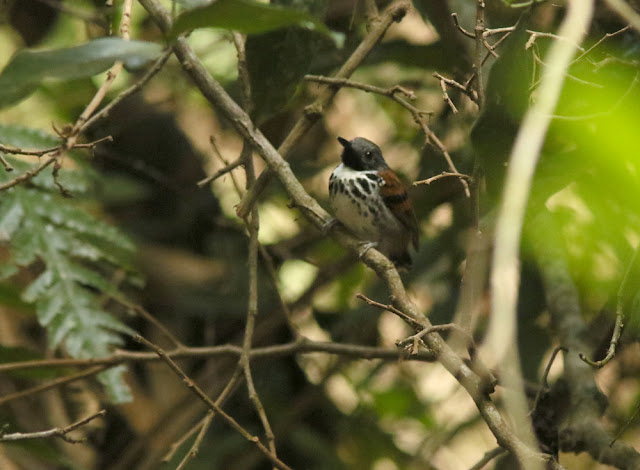 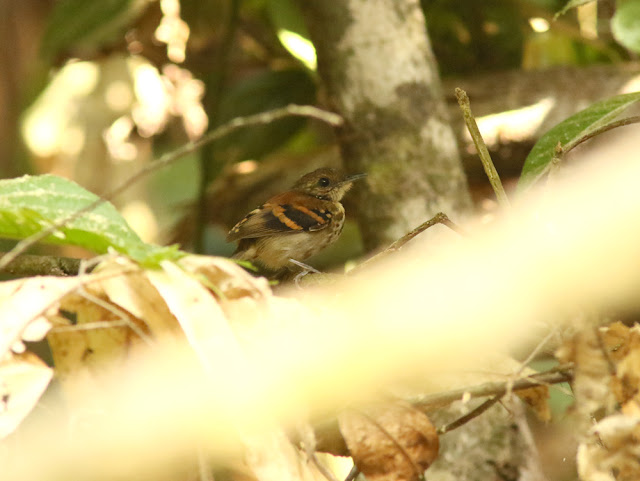 Bird activity was sporadic, a couple Dot-winged Antwrens here, a White-breasted Wood-Wren there.  Jose tried to call in a Golden-crowned Spadebill after it made a very brief appearance, but mostly it flew back and forth across the trail without giving anything more than a fleeting glimpse.  A pair of Broad-billed Motmots were more cooperative, though were in pretty dark shadow. 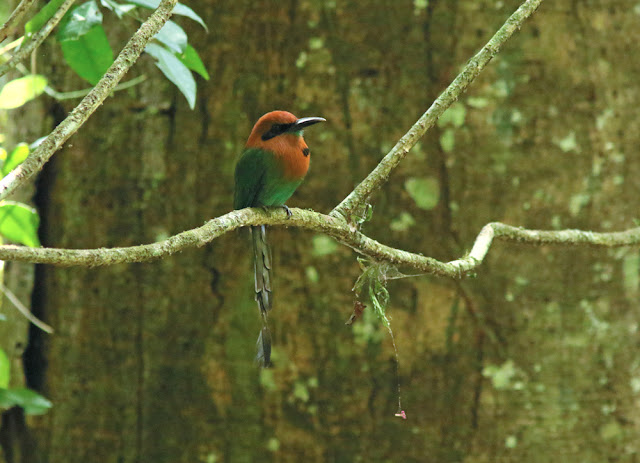 A pair of Black-throated Trogons played hide-and-seek with us, as did a pair of Gray-headed Tanagers in very heavy shadow. 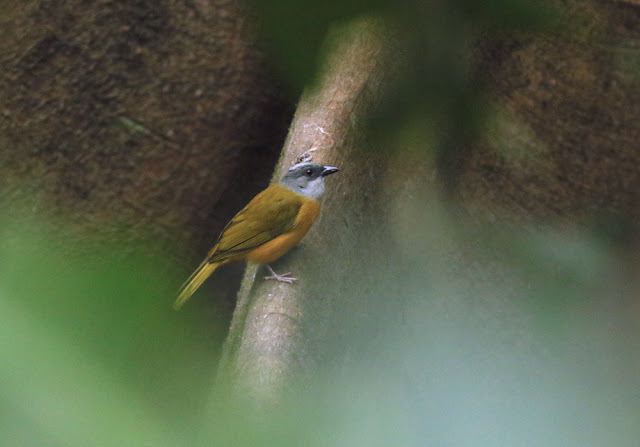 I think the above photo is about 1/60th of a second with an ISO in the 10,000 range.  I was surprised by the paler throat and crown of the Panamanian version of the bird.  My memory of this bird in Costa Rica was of a pretty uniformly (and warmer) gray head.

The ISO was even higher (and then the image considerably lightened in photoshop) for this Scaly-throated Leaftosser that Rhoda somehow pulled out of nearly full darkness. 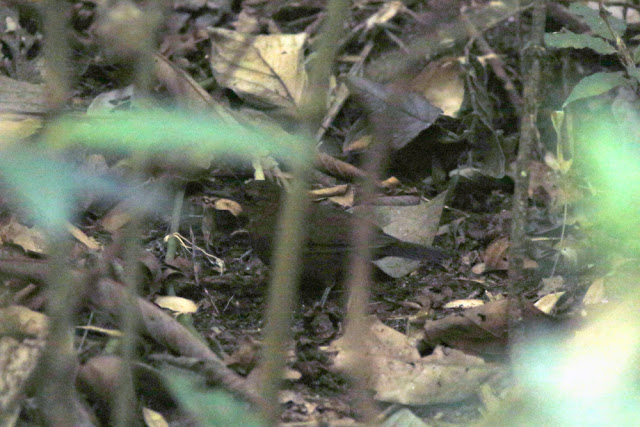 Lisa spotted the first sloth of the trip, and the life sloth for at least some of us, definitely for me. 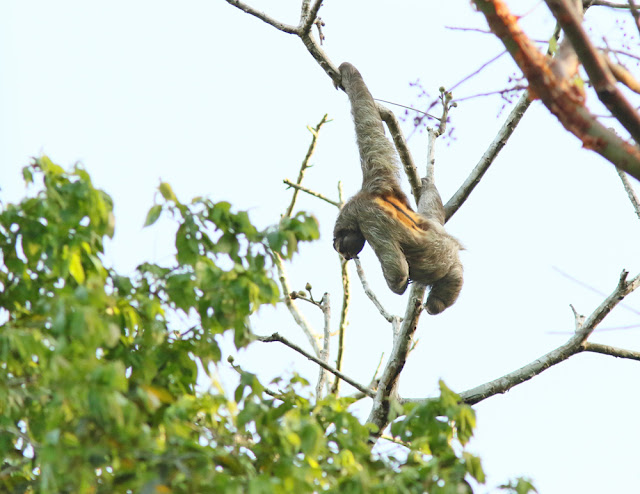 Three-toed Sloths subsists almost entirely upon leaves, a diet that doesn't have a ton of nutrition.  According to Wikipedia there's a group of moths that live much of their lives sheltering in the sloth's fur and laying eggs in its droppings when the sloth descends from the treetops to defecate.  Lichen and fungus form on a substrate of dead moths accumulated in the sloth's fur, and provide some extra level of nutrition and fat that it can't get from leaves.  I guess it must be fairly itchy to have your fur chockfull of food, moths and fungus because this guy spent much of the time we observed him scratching.  First his side, then his rear, then, well, not his rear.  Let's just say there's times to be thankful for the 40x power on a spotting scope and there's times when, well, maybe that power could be put to better use elsewhere.  It did give him a fun name though.

As evening fell we left Mothballs to his endeavors and headed back out to the van.  But not before coming across one last fun bird. 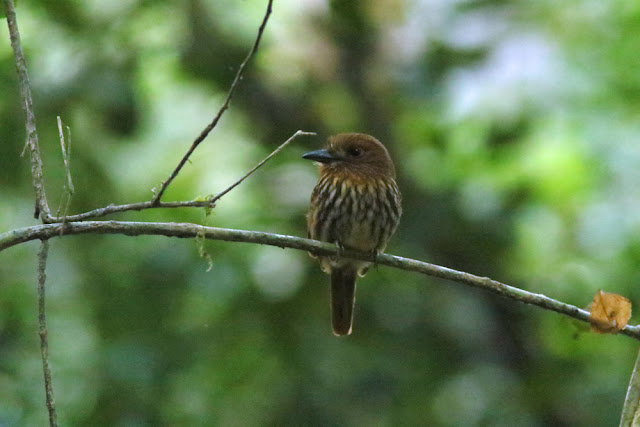 It's a White-whiskered Puffbird, the only one most of us would see.  It was dark enough to pretty much just be a silhouette, but between a super slow shutter speed, a cranked (and admittedly kinda grainy) ISO and a little extra boost from a couple cell phone flash lights, more color comes out than I deserved given the conditions.