After leaving the Antpitta we headed back to the bus, but not before a little burst of activity suddenly spilled onto the edge of the trail.  A Plain-brown Woodcreeper popped into view, a species not usually seen away from antswarms.  It was completely backlit by a random sunray and I didn't try to photograph it.  A Northern Barred Woodcreeper sidled up on the same tree though. 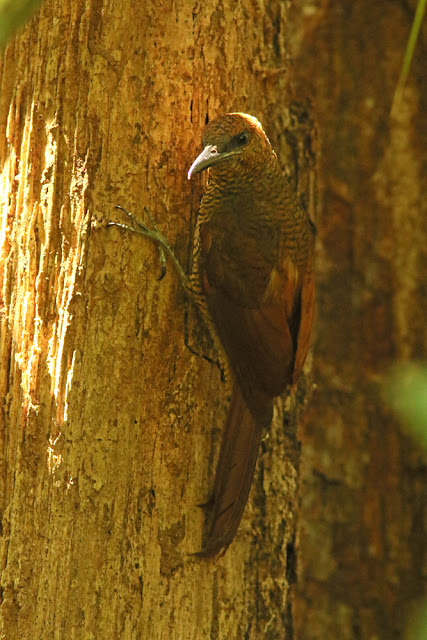 The books say Gray-headed Tanager is pretty dependent upon antswarms too, but I've seen this bird away from ants more than I've had them with them. 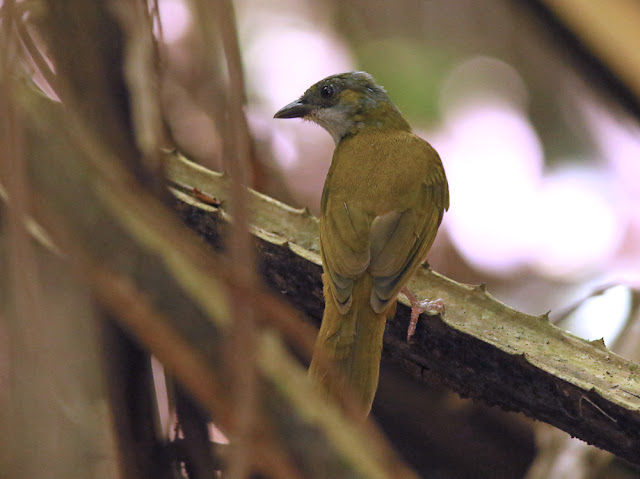 Spotted Antbirds dominated this little group.  They would perch low and then flash into the gloom before frequently returning flycatcher-style back to the same perch.  This is a male and a female. 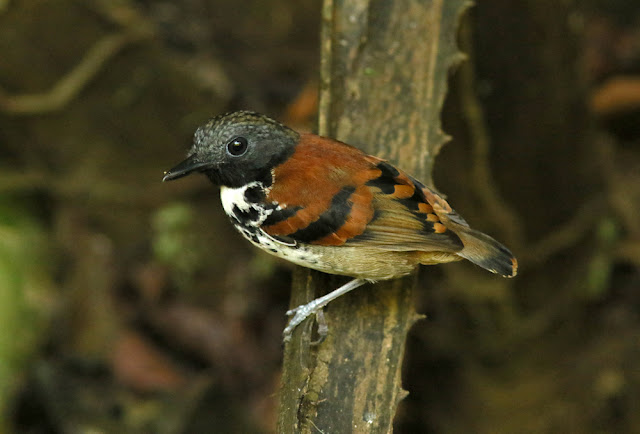 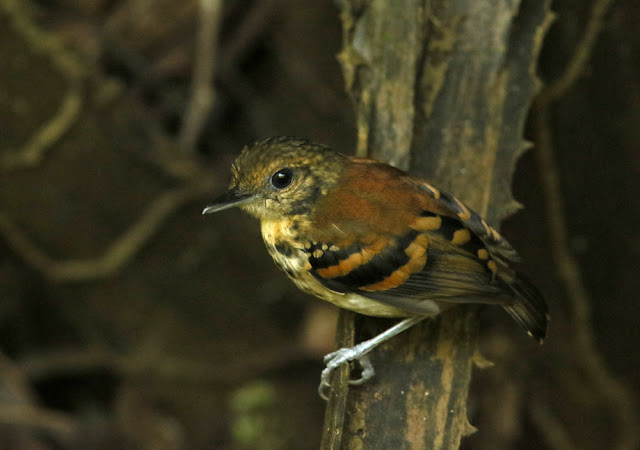 The star of this little flock was a Black-faced Antthrush.  I saw my first one in Belize, walking across a fairly open forest floor.  I had no idea how uncommon that is, every one since was moving more rapidly in much denser thickets.  This one foraged like a sanderling, jogging about and abruptly changing direction when it spotted a prey time. 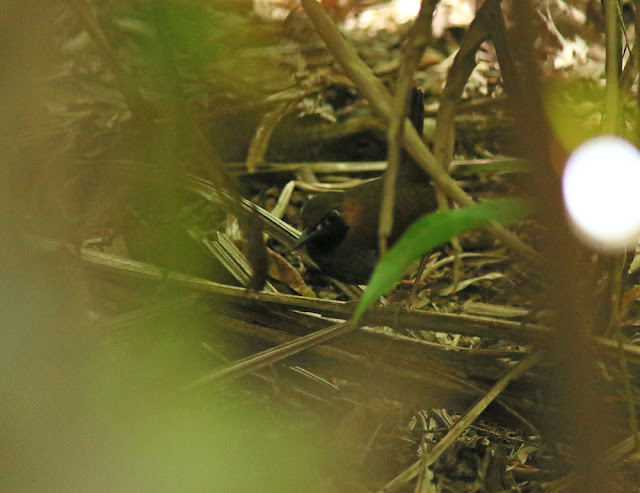 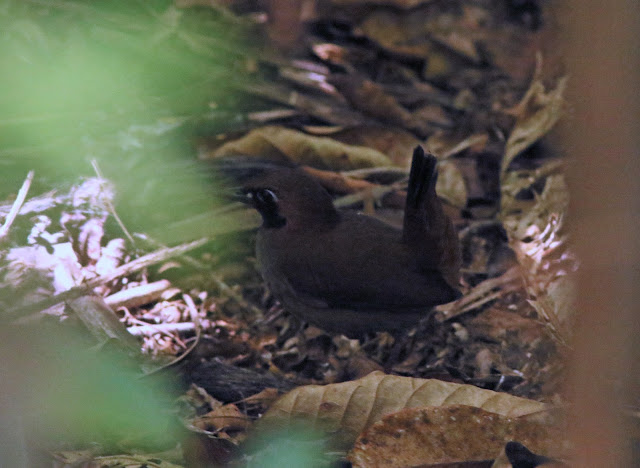 It moved quickly enough, favoring the darkest shadows, that it took some time for everyone to get on it, but eventually it made enough circuits that everyone was able to get a view.