1000 birds.  I thought I might hit that number last year in Costa Rica, but came up short.  Motion sickness misery in the Atlantic brought me a few birds closer, and then the Coldest Season's phantom larid, a creature otherwise known as Ivory Gull, made it single digits.  I expected that the first full day in Panama would bring that beautifully round number and it didn't disappoint.

We started at daybreak at Pipeline Road, an abandoned and now vehicle-free road into Soberania National Park, a sliver of access into the jungle.  Manakins snapped their courtship displays from the gloomy underbrush, and a few minutes search revealed a male Golden-collared, one closer. 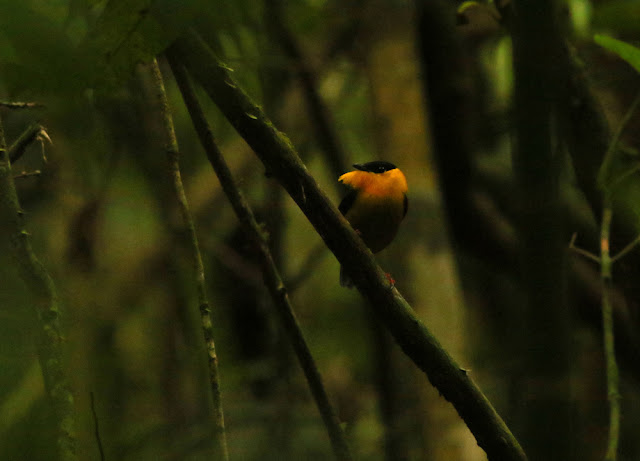 It would produce a short 2 noted chirp, extend its beard, and then fly off with a buzzing snap of its wings above its head.

The birds for the most part came in one's and two's at first.  We rapidly became familiar with the song and call of Slaty (or currently named Black-capped) Antshrike. 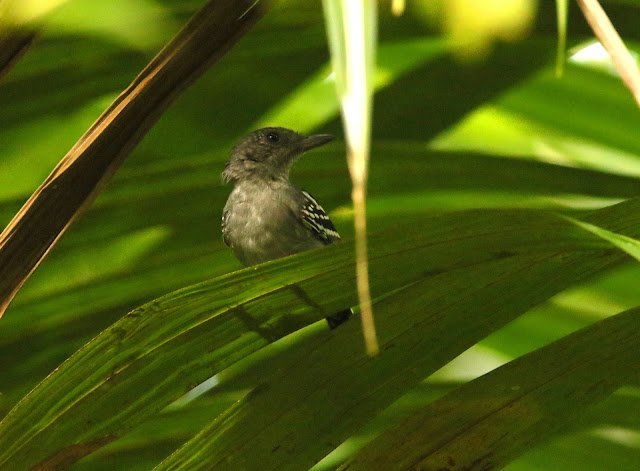 Antbirds are high on the target list at Pipeline;  Chestnut-backed is one of the more widely distributed (and least dependent on antswarms).  Hence it's easier to find (though tends to stay low in the dark areas). 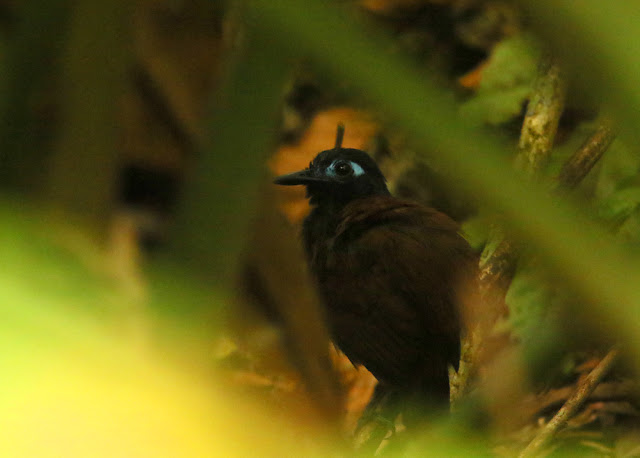 A female Violet-bellied Hummingbird was one bird closer to the magic number. 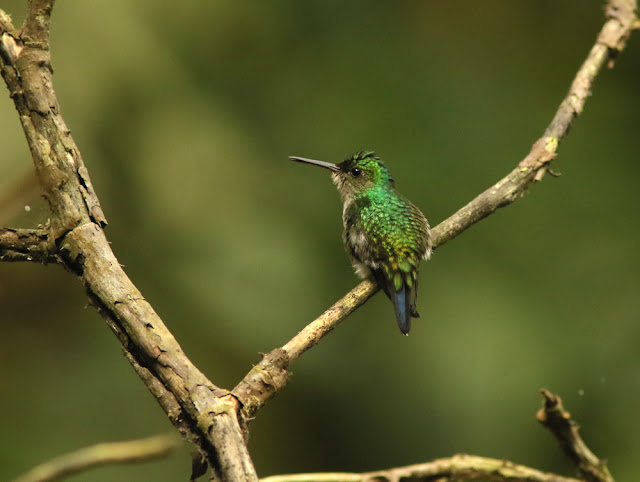 A heard-only Brown-capped Tyrannulet and a pair of Checker-throated Antwrens were 998 and 999.  What would 1000 be? One of many small flycatchers possible in the jungle, and the only pic I would get of one the whole trip.

Of course there were a lot of the showier birds of the Neotropics.  Broad-billed Motmots were fairly common. 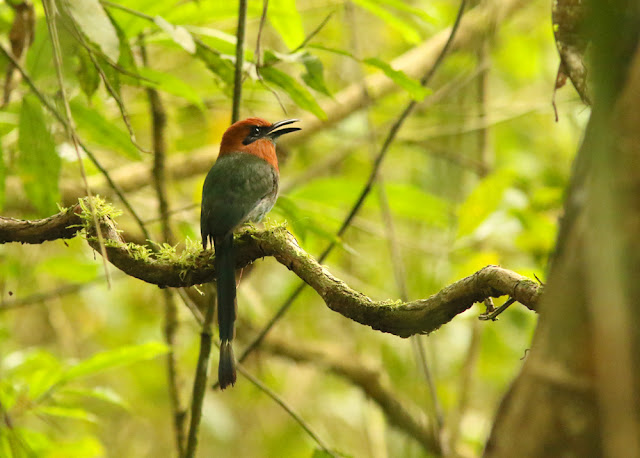 Trogons were quite common, with Slaty-tailed the most prominent. 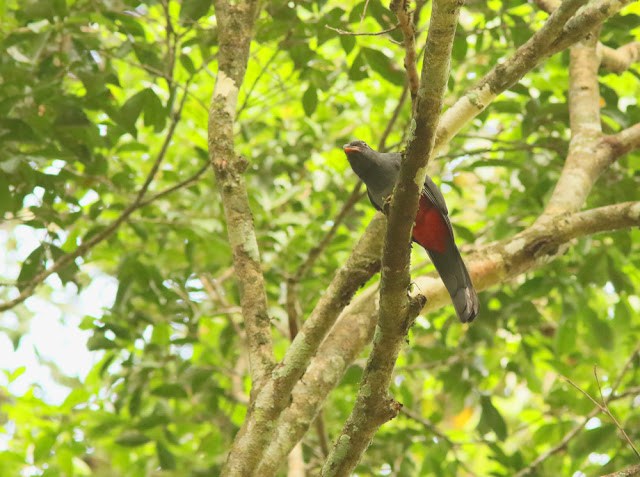 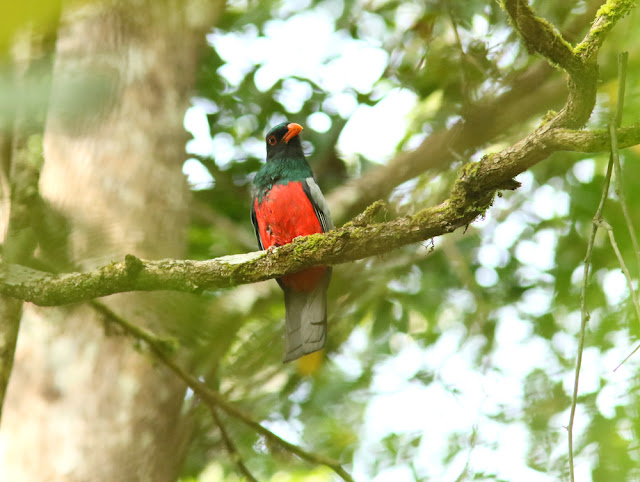 This female White-tailed was a new bird for me, 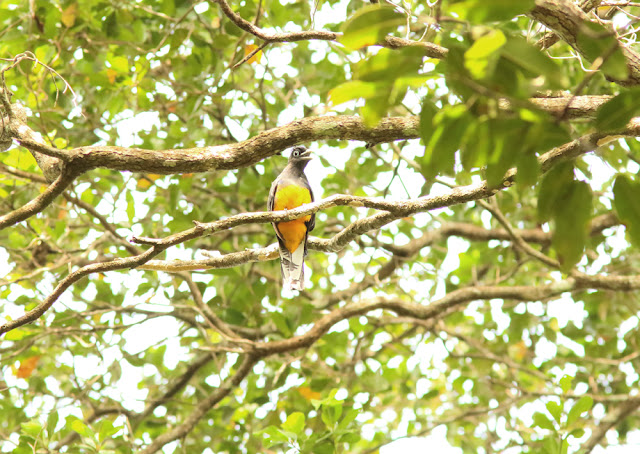 as was a Yellow-rumped Cacique.  The (three species) of caciques were quite common in Panama, far more than I've encountered them in Costa Rica. 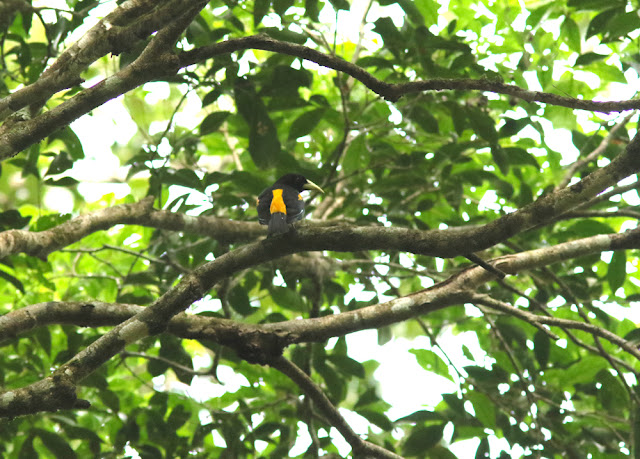 We walked about 3 miles along the slowly ascending road in 90 degree heat (with similar humidity) before turning back to retrace our steps.  While we may not have been acclimated to the heat, the birds were.  A Great Tinamou walked slowly past. 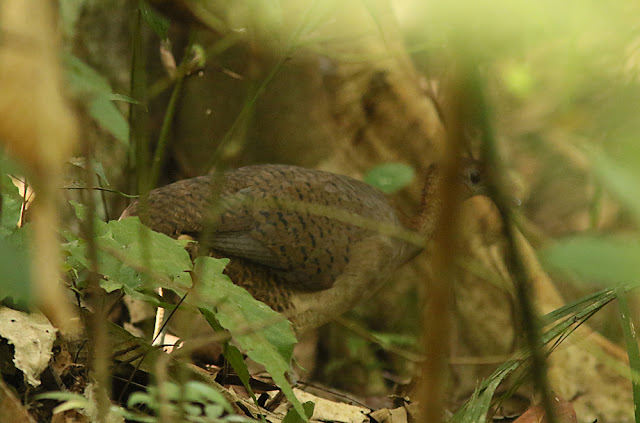 We would not however get another look at one of the cooler birds in the Neotropics, Sunbittern. 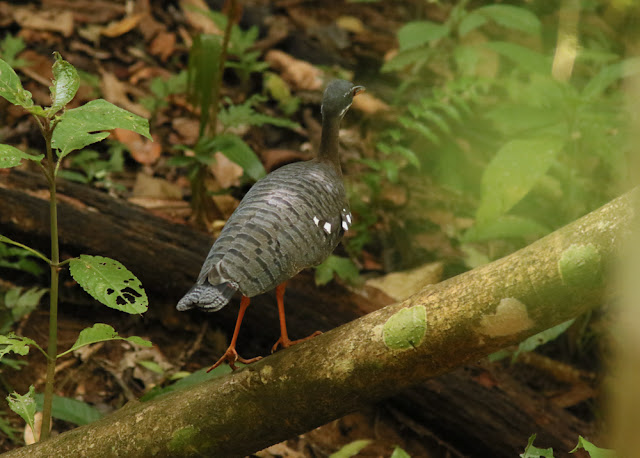 A person probably would have predicted that some combination of those birds would have been the highlight of the day.  They'd be wrong ... stay tuned.﻿
Posted by Matt at 7:15 PM