Or maybe coquette in the singular would be more accurate.

After descending the 180 or so stairs of the canopy tower we settled in at the hummingbird feeders to rest in the shade for a bit.  Most of us visited this spot on the day before the official start of the tour and I was glad that we did since the lighting was actually better on the afternoon stop.  The White-necked Jacobins predominated again; I found one corner of the pavilion with the light at my back. 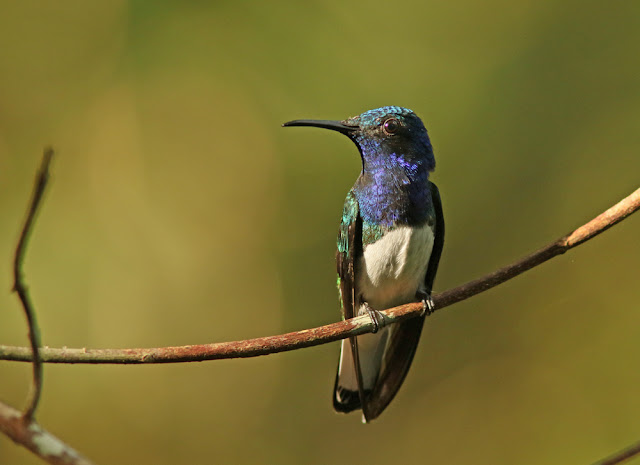 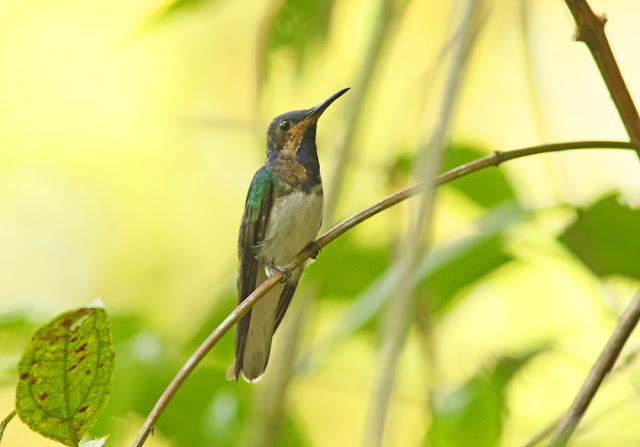 While there were a few Violet-bellied Hummingbirds about, I didn't see any more Blue-chested's.  Of course part of the reason for that was that we spent a lot of the time looking away from the feeders up into the little snags where one of the Discovery Center workers spotted the Coquette.  I've seen Black-crested Coquette in Costa Rica well and a female White-crested poorly, but the Rufous-crested would be a new bird and probably was my 3rd most wanted bird for Panama (behind the quite unlikely Ground-cuckoo and quite hopeful Streak-chested Antpitta).  It was hard to get great looks as we were basically looking straight up and craning under or around the edge of the balcony, but the bird was there at least. 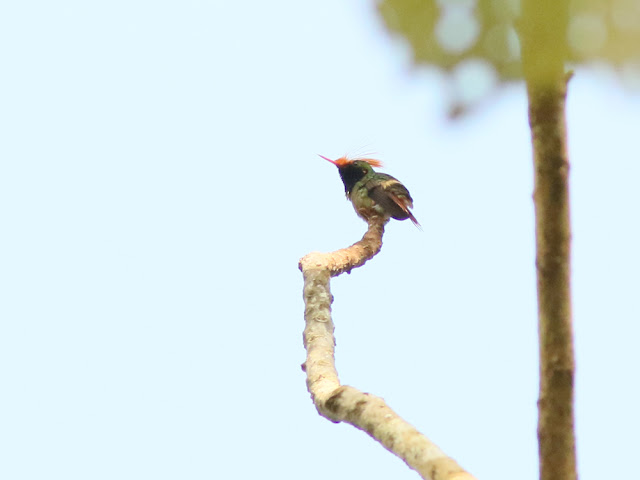 With hummingbird success Jose led us along some of the Discovery Center trails.  Not surprisingly we saw more Slaty Antshrikes, 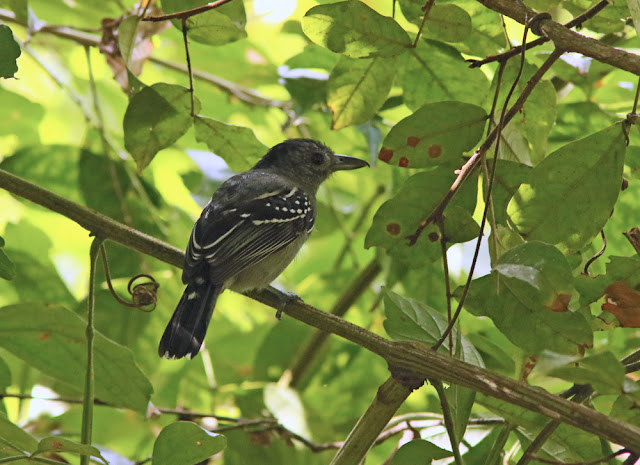 and some Howler Monkeys. 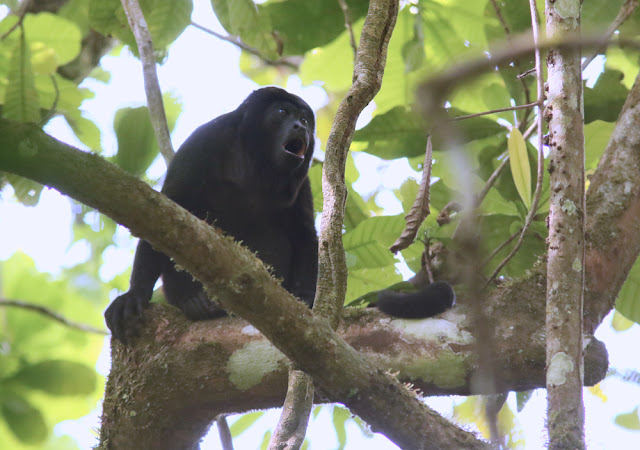 We ended up at a decent sized pond that was somehow connected to the canal in some fashion.  Warren spotted a Striated Heron much closer than our view had been the day before.  This cousin of our Green Heron was remarkably well camoflauged. 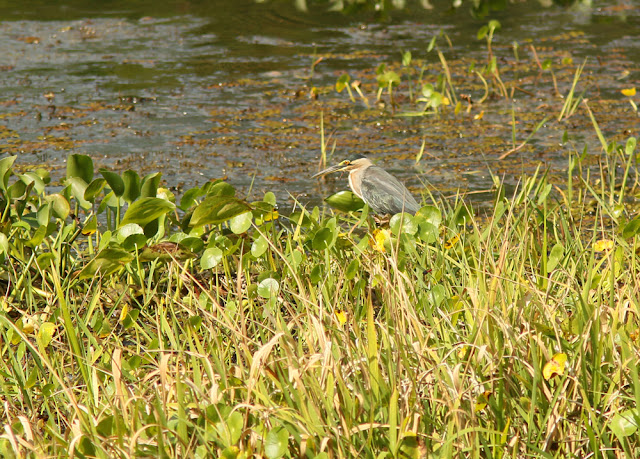 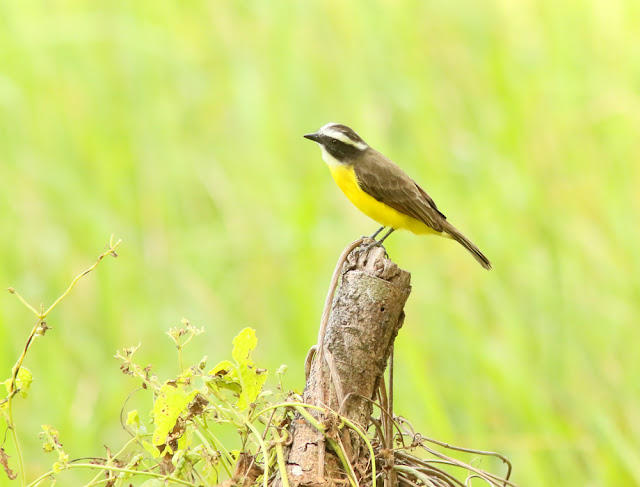 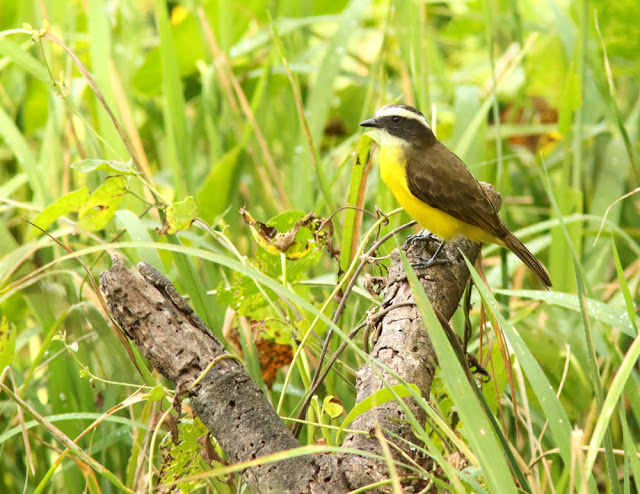 I think the fairly black ear coverts indicate it is Rusty-margined, and this bird is just a lot less rusty-margined than the birds I'd seen in Costa Rica, but will have to look more closely at my Social Flycatcher pics as they cycle through.

It'd be nice to see the bill on this next one, it certainly has rusty edges of the wings, though most of the kiskadee class birds do. 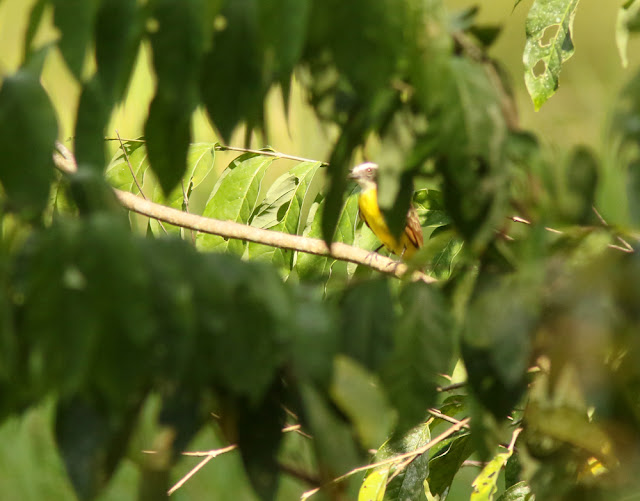 This bird has a much longer bill than the above couple. 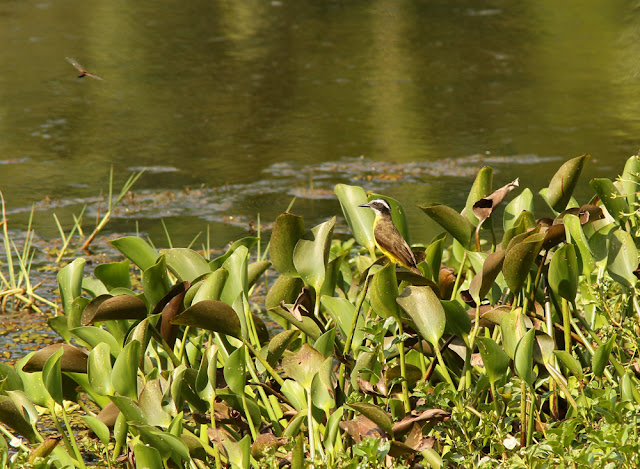 It's a Lesser Kiskadee, a lifer for the entire group.

We had much closer views at some Greater Anis that flew past. 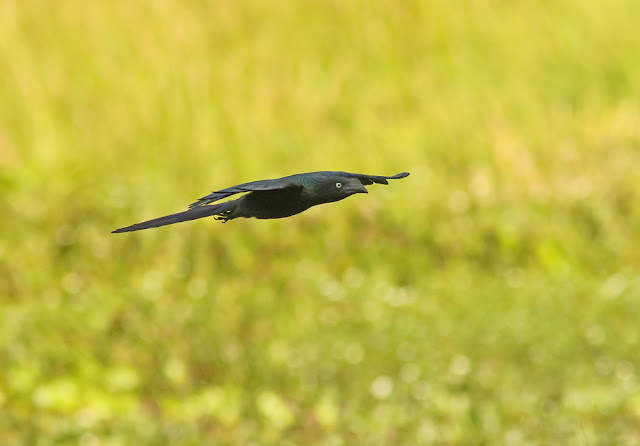 Eventually we worked our way out towards the entrance finding a few additional Song Wrens and Checker-throated Antwrens, along with this Xenops that was more cooperative. 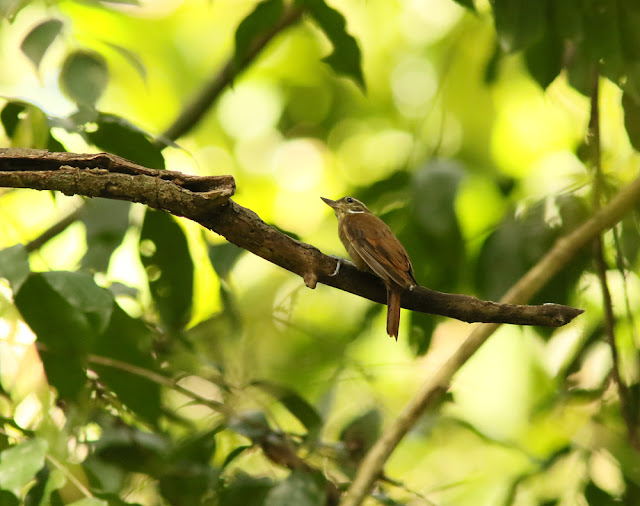 Anyone with even a passing interest in butterflies enjoys a Hairstreak.  I haven't the faintest clue what species this is. 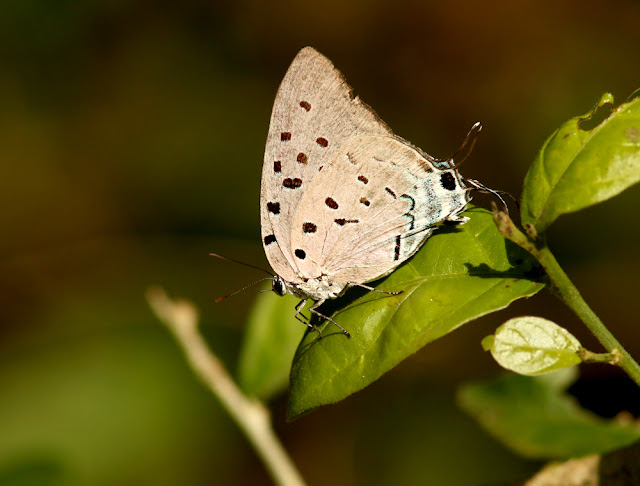 And finally a Blue-capped Manakin, my first experience with a male. 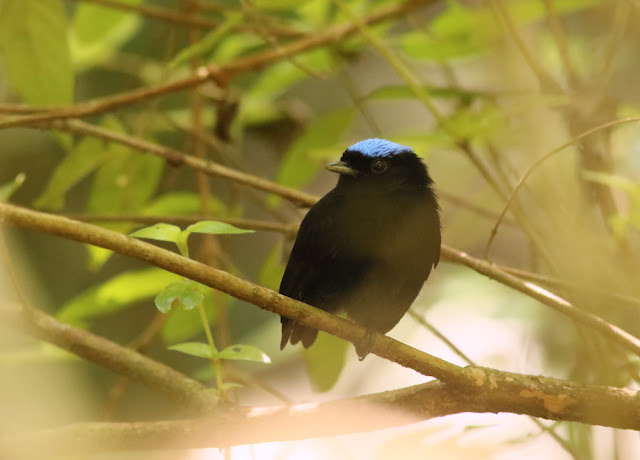 This bird rested quietly, very deeply dug into a dark thicket; the above shot is taken about 1/80th of a second, there was a lot less light in real life.
With one of my most wanted birds in the bank (on top of the Blue Cotinga an hour or so before which also was certainly top 10 on the hopeful list for the trip), you'd think we'd have experienced the highlight of the day... stay tuned.
Posted by Matt at 8:03 PM

Your photos of Rusty-margined vs. other are better/different than mine. I have also considered White-ringed Flycatcher ...?

hmm, looks like I can't put a pic on the comments. I have a few pics showing the white not touching in the back of the head that it looks like I can't push through. The limited times I've seen White-ringed it's always been in the upper levels of edgey stuff, I've never seen one down low.

I found the Rusty-margined Flys in the canal zone to not always have the rusty - as you said the black ears are a good clue. RMFL are usually near water too which is a good indicator. As mentioned White-ringed is a canopy species and looks a bit different.