After birding the Ammo Dump Ponds, our guide Jose led us along a driveable section of Pipeline Rd.  This was much more edge-type habitat than the traditional Pipeline Rd trail (allowing the bus to catch up to us at intervals with water and beverages from the cooler).

Birds came in dribs and drabs, a mix of both the birds we're familiar with as well as species that never leave the neotropics.  Baltimore Orioles foraged next to Golden-hooded Tanagers and Oropendolas, Tennesee Warblers next to Lesser Greenlets and Red-legged Honeycreepers.  This Cinnamon Woodpecker was relatively cooperative. 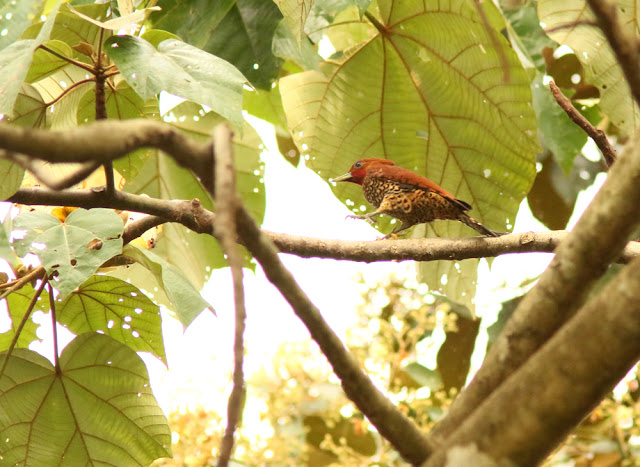 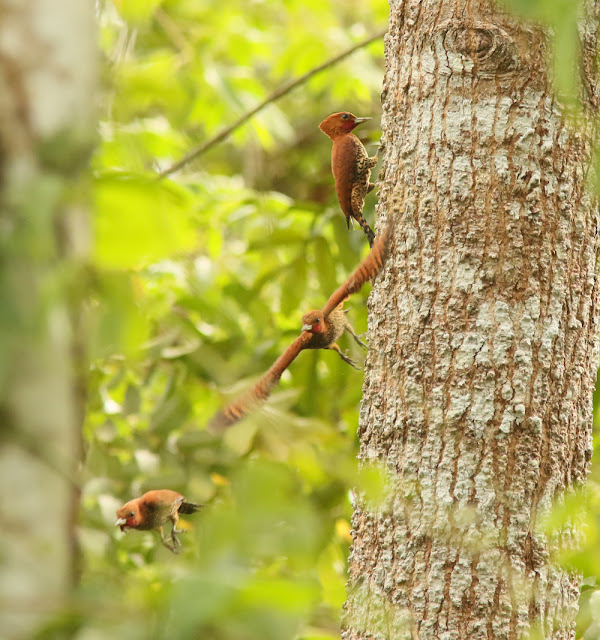 Purple-throated Fruitcrows were quite common, often announcing their presence with their bizarre calls.  Some of us had had a few looks at this species the day before, but this bird gave us an extended view 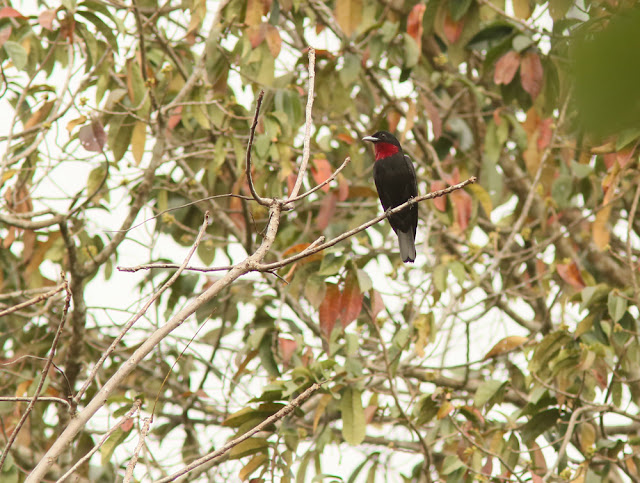 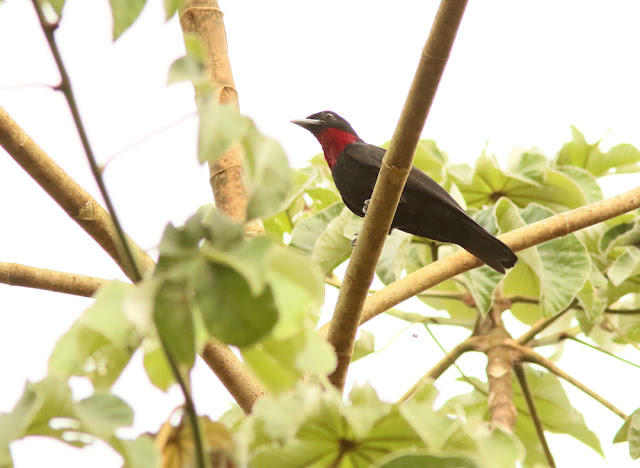 They're actually some kind of cotinga, though I'm not sure how narrow the definition of a cotinga is.  None of the others I've encountered were anything but silent, these were very vocal.

I'd actually forgotten what this bird was the first time I went through the pics. 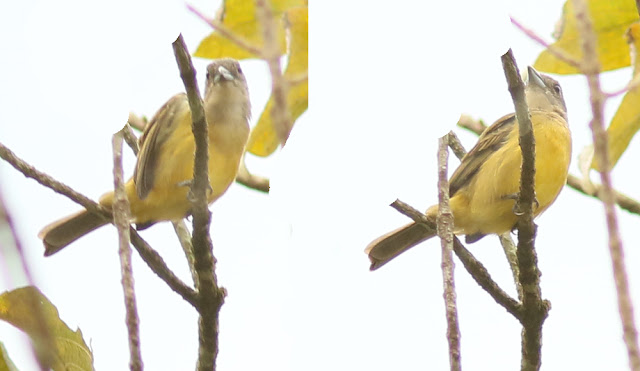 Not sure?  It's patterned like a flycatcher but has the bill of a tanager.  Always go with structure.  It's a female White-shouldered Tanager, a bird that couldn't look more different from the nearly all black males.  They were one of the more common birds of the treetop edges.
A Streaked Flycatcher teed up though views were through fairly narrow windows in the tree in front of it. 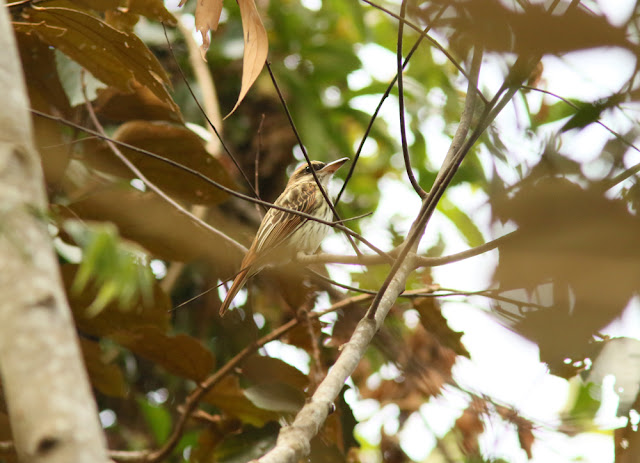 We spent a bit of time trying to coax a Golden-collared Manakin and Long-billed Gnatwren out into the open unsuccessfully.   We did find a little aggregation of antbirds, first this Ant-tanager (I don't actually remember whether this is Red-throated or Red-crowned) 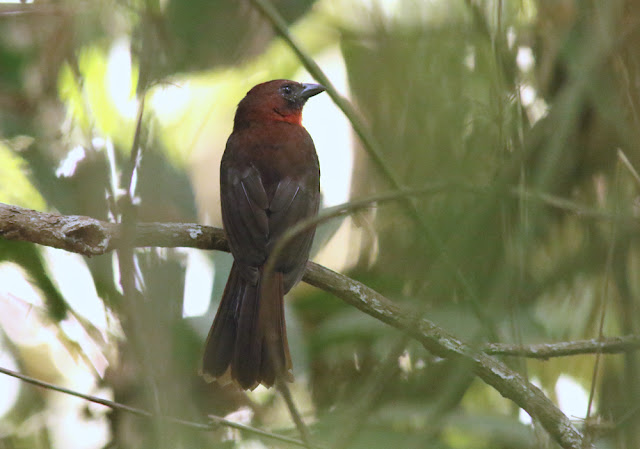 and then a couple Dusky Antbirds, a species that typically disappears pretty quickly into thick brush; this one was a little more confiding. I assume this is some kind of Sister butterfly. 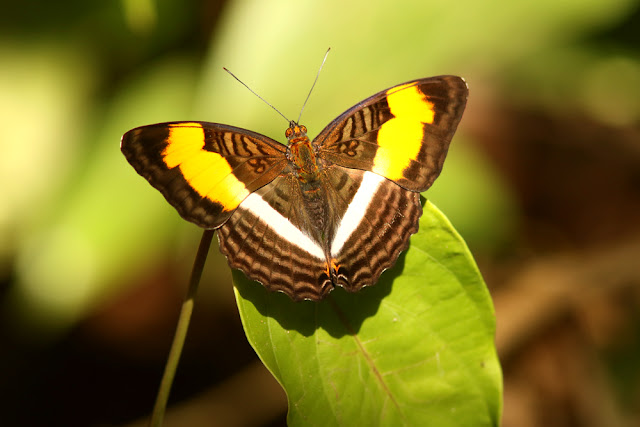 I'm certainly open to correction or any ideas to the species.
Posted by Matt at 4:58 PM

Hi Matt, I think the butterfly is Adelpha sp. - Boeotia Sister (Adelpha boeotia), I think, although there are a few lookalikes. Great photo. I love the Cinnamon WPs and the Fruit crow photos.