We spent about 2 hours in the afternoon heat at the Discovery Center, the first hour content to rest our feet and watch the hummingbirds.  The hummers weren't the only birds around.  A couple of fruitcrows worked through though I'd get better pics the next day.  Caciques were quite common.  I wrote down both Yellow-billed as well as Scarlet-rumped but in retrospect I wonder if they were all Scarlet-rumped, like this bird. 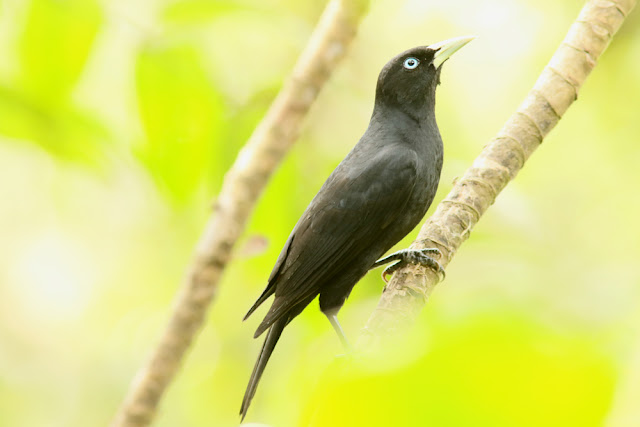 If the wings were folded tight you don't see the scarlet at all; and at distance it can be hard to tell if the eye is light blue (Scarlet-rumped) or pale yellow (Yellow-billed).  Here's the same bird (just) showing the scarlet... 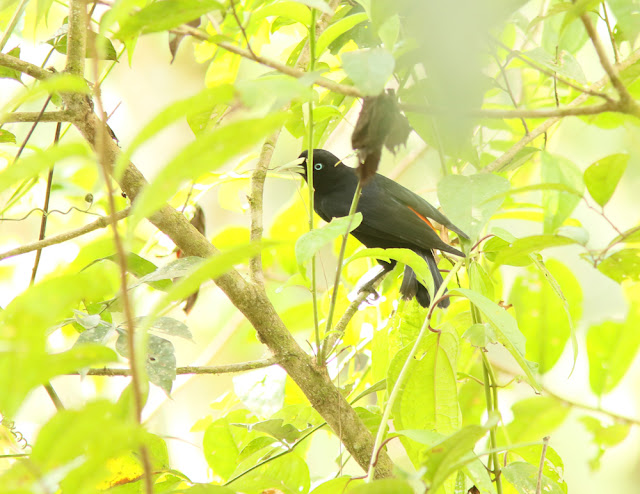 I was excited to see a Black-striped Woodcreeper work its way through. 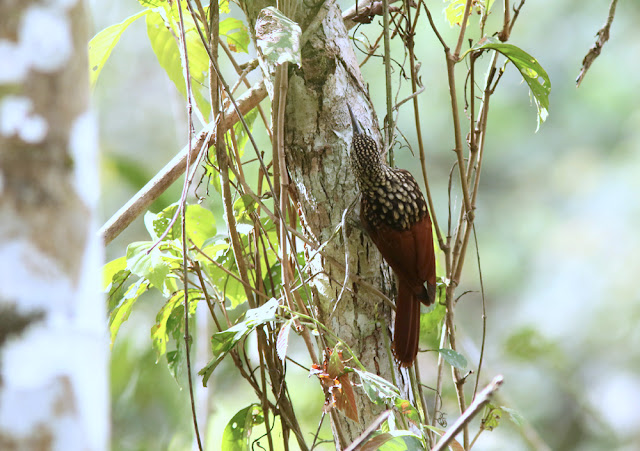 While possible in Costa Rica, they're a lot more common in Panama, and as a fairly distinctive woodcreeper it was a bird I wanted to see. 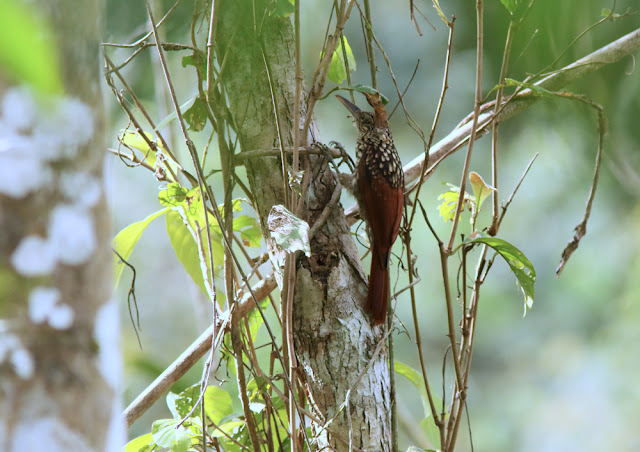 It would turn out to be the only one I saw, though I think most (if not all) of the group would see at least one other one.  Contrast him with the much more common Cocoa Woodcreeper, a widespread bird in southern Central America. 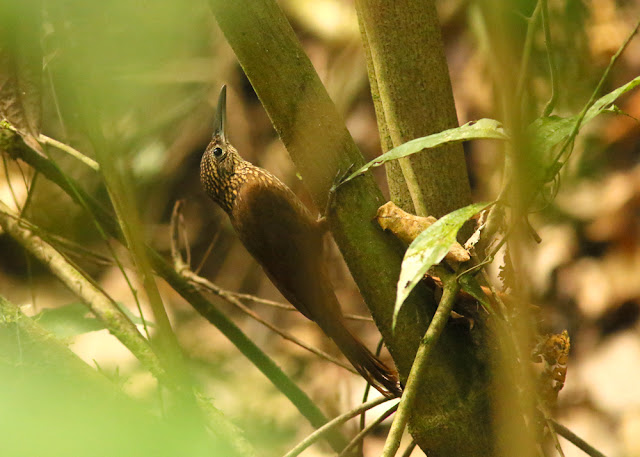 This one was along the Discovery Center trails.  We could only wait so long hoping the coquette would make an appearance before temptation to search for an antpitta overcame us.  We ended up having to be satisfied with a little antflock with a handful of checker-throated antwrens, at least one Spotted Antbird, and the every present Slaty Antshrikes (below). 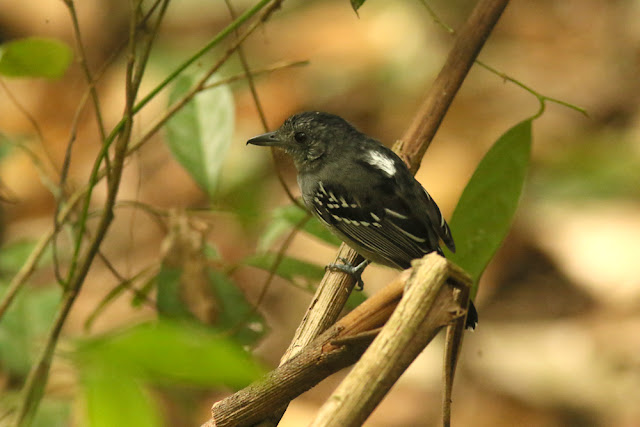 We went up to the top of the canopy tower, but didn't find much activity out in the exposed sun, another place that would have to wait another day or so...
Posted by Matt at 10:21 AM