With a last afternoon in the central canal zone, Jose discussed options ... we went back to Pipeline Road.  Why not?  Every time we went we saw different birds, this time was no different.

A few Black-chested Jays perched up though my pics weren't quite what I wanted.  A Chestnut-mandibled Toucan appeared quickly too.  The toucans made up a prominent part of the afternoon soundscape; I hadn't learned their calls though.  I'm not sure if this is a sister species or a subspecies with the Black-mandibled found in Costa Rica. 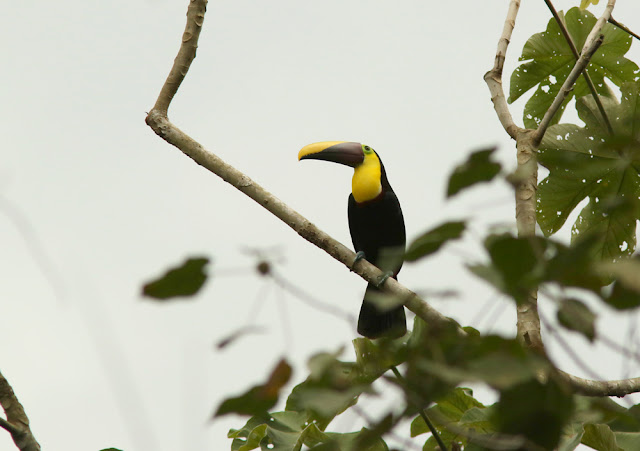 Trogons don't come down to eye level very often and I had to walk back up the trail to get anything other than looking-straight-up view at this female White-tailed.  I don't know that I saw a male; I certainly didn't get a decent image of one. 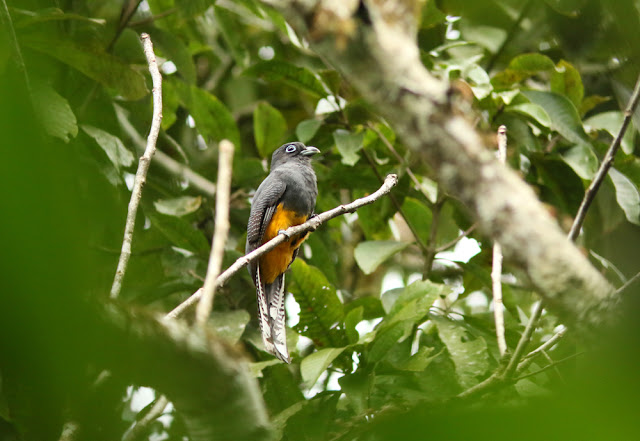 Jose trolled some with tapes for Great Jacamar, but we struck out on it.  Our first Black-breasted Puffbird gobbled down some enormous insect directly over the trail. 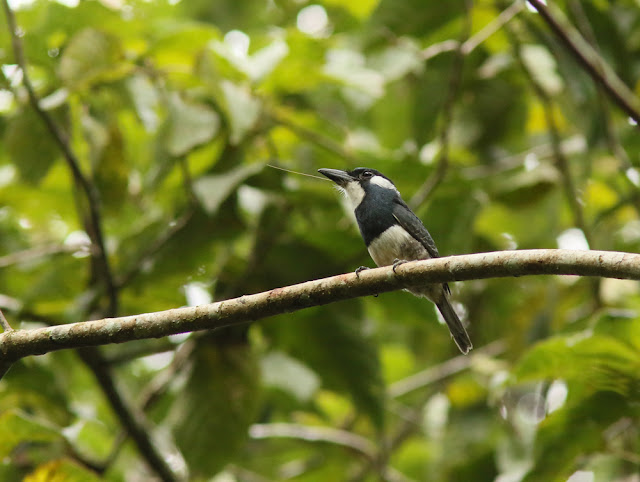 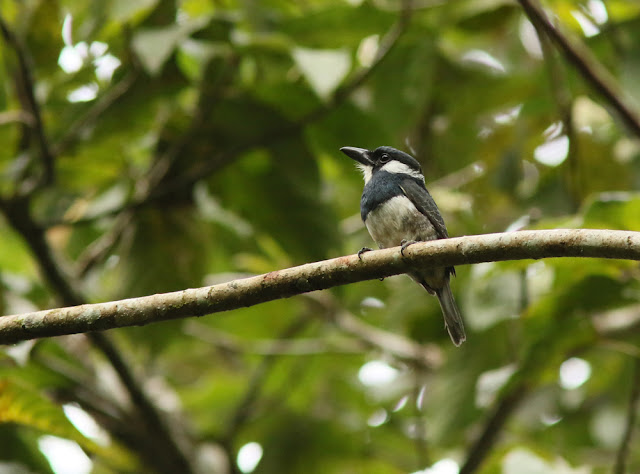 A Great Tinamou cut behind us across the trail before freezing its pose in the darkness. 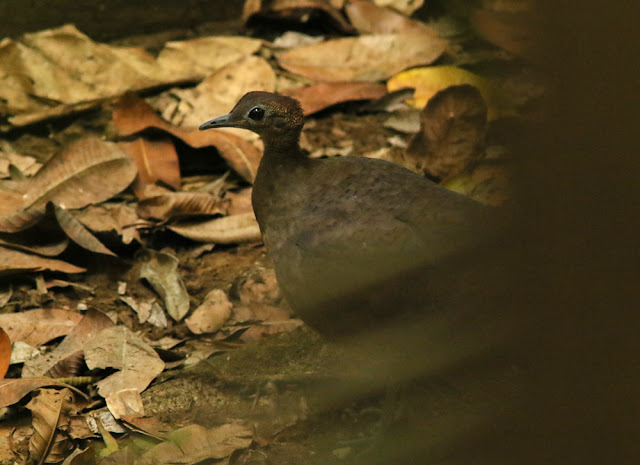 Given this is manual focused at about 1/60th of a second I'm surprised this pic is as sharp as it is.

Another Streak-chested Antpitta was singing nearby; having experienced one about as thoroughly as a person could hope for earlier in the day we walked on after listening a bit.  My lifer Little Tinamou wasn't much easier to track down. 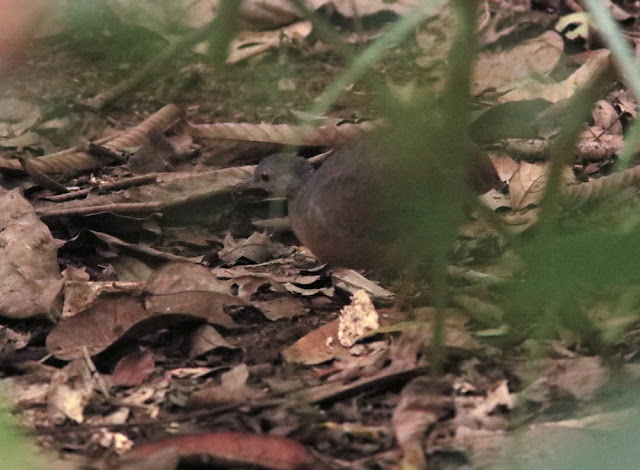 It moved through the thickest and darkest brush it could find and was a very difficult target for a photo.  A Thrush-like Schiffornis teased us as the sun broke through the overcast in the last afternoon before dropping down below the canopy; its thin whistle that gave way to a quiet chatter note or two at the end of the song would have to be satisfaction enough as we finally departed one of the best places to bird I've encountered.
Posted by Matt at 6:04 PM