They can't all be Ivory Gulls.

White-winged gulls so far have been the main yearbird targets that have come through.  Neither snowy owls nor finches seem to have any significant presence in SW Michigan this winter but I've had reasonable luck with the gulls.

This first winter Thayer's Gull was at New Buffalo. 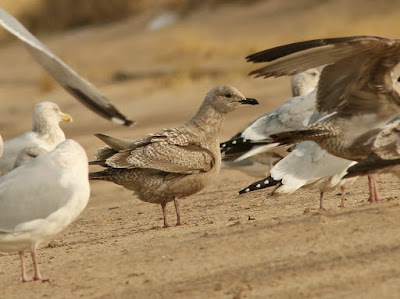 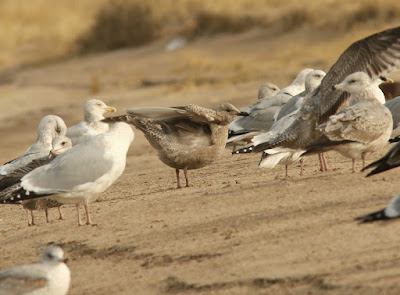 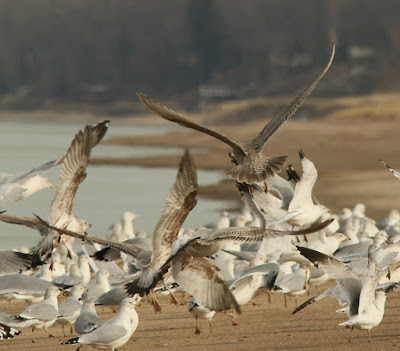 Note the big difference in intensity of the tail band.  First winter Herring Gulls moult a good number of body feathers and you can see how they have whiter rumps and a few scattered gray feathers in the mantle whereas the Thayer's is pretty much in juvenile plumage still. 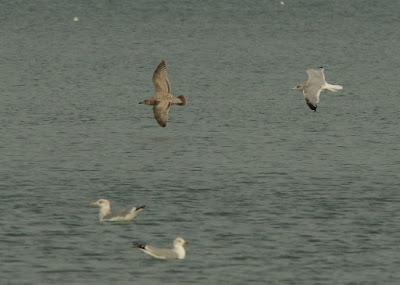 Wing-on note the contrasting brown secondary bar that's about concolorous with the tail.

It'd be nice if this next bird was also a first year for the blog's sake, but given that I missed Kumlien's Gull last year I was more than happy to see an adult. 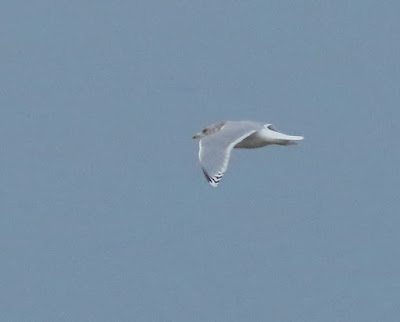 It pretty much has the exact wing pattern that Sibley shows.  I'm not sure if the eye was truly dark or if that's a combo of dark feathers, a quartering away angle, and so-so at best focus. 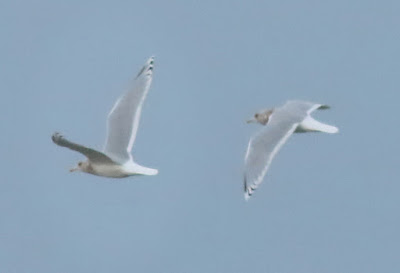 Unlike all of the above species, Glaucous Gull has a much more stereotyped appearance. 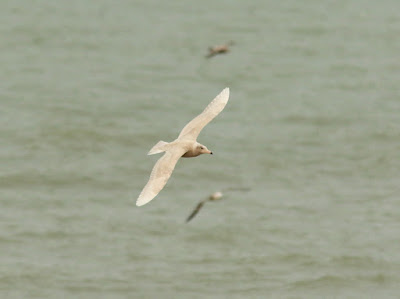 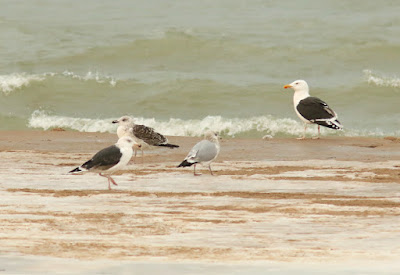 I'm pretty sure my next post won't focus on black and white birds.  It may be a little ways off though...