You may remember the bird on the left. 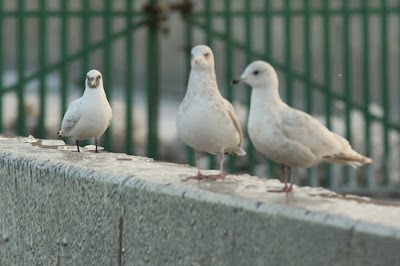 The right-most bird is interesting too, it's a white-wing, but which one? 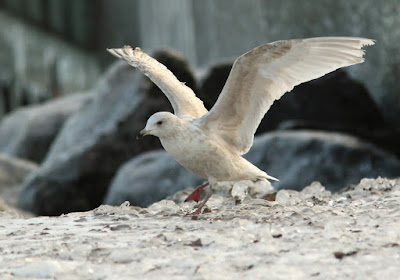 The flight feathers are obviously too light to be a Herring and the smallish bill eliminates Glaucous, leaving Thayers or Iceland. 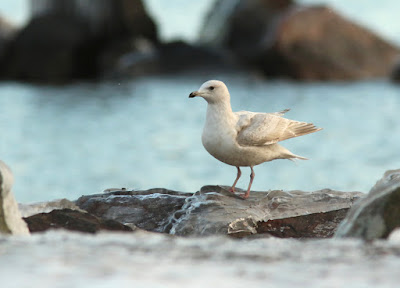 While first winter Herring gulls will frequently have bicolored bills to at least some degree, neither of the mentioned white-wings will at that age; this bird is second winter.  The bird has a decent amount of brown in the folded primaries (and note that the ends that would have been the darkest are heavily abraded) which would be a somewhat pro-Thayer's feature.  It's overall fairly pale though.

A Thayer's Gull should also show a secondaries that are basically the darkest part of the upperwing.  This bird has a hint of brown at the base of the secondaries that was difficult to appreciate in the field, probably not enough for a Thayer's 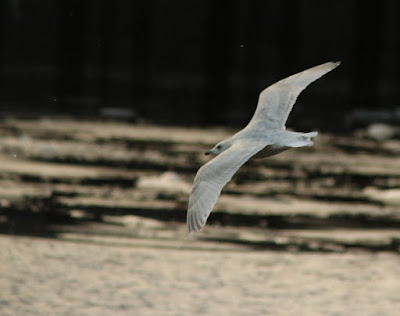 Here's the bird against the Duluth skyline... 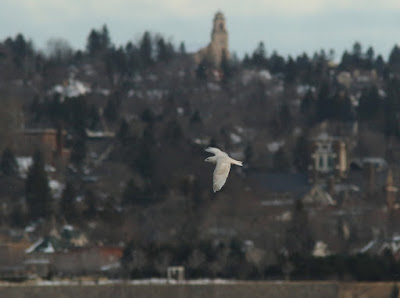 I wish the Ivory Gull had come past in this light. 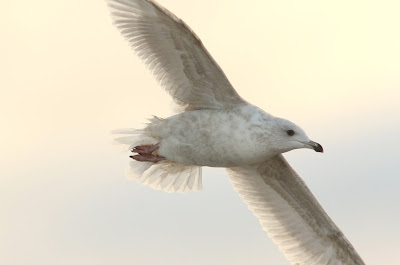 The locals feel this bird (named for the bulbous growth/scarring on one of the feet) is an integrade between Thayer's and Iceland given that the bird does seem fairly intermediate between the two.
Posted by Matt at 10:29 AM