Ivory is the coolest shade of white

I think I've invested more time and effort in seeing an Ivory Gull than any other bird I've chased (which may say a lot about the relative amount of chasing I do).  About 10 years ago there was a bird for a week in the Pelee area.  I spent a weekend there starting the first night it wasn't seen.  Last year there was a bird in the St Louis area for about a week; again it was gone by the time I went after it.

On New Years Day 2016 a bird appeared in Duluth.  This time we were there at daybreak on day 3 of its visit yesterday.  The bird made us make all of about 90 seconds before it appeared in the predawn overcast. 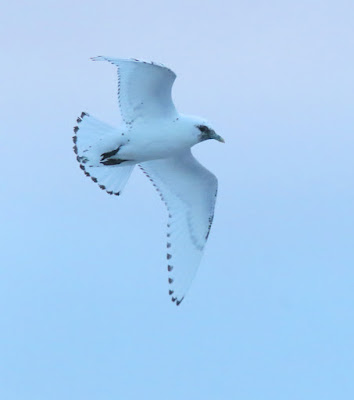 It's a first winter bird with smudgy black markings in the face, and terminal black pips on most of the flight feathers. 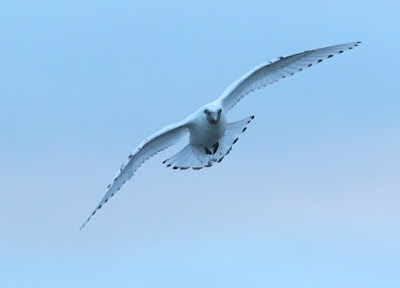 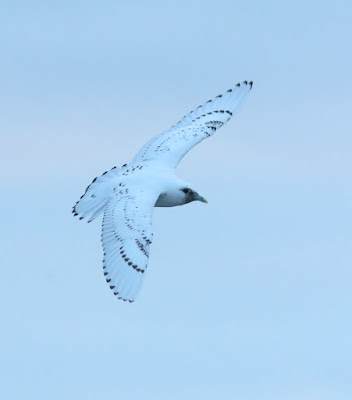 It's hard to explain how intensely white the bird was with pics taken before the sun is up or through the clouds.  Just about all gulls are white below, but this bird was noticeably whiter than the surrounding Herrings.  The white upperparts obviously contributed as well.  Aside from the throat on a White-throated Mountain-gem I can't think when I've seen a brighter white. 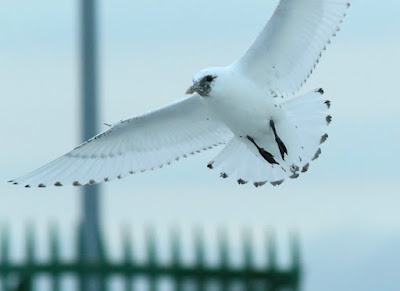 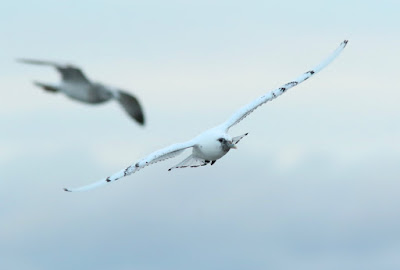 The bird swirled and circled about in front of us along the pier where yesterday some people had left some salmon for it. 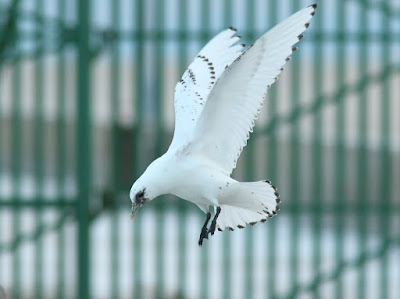 It zeroed in pretty quickly on an offering left out for it on this morning as well. 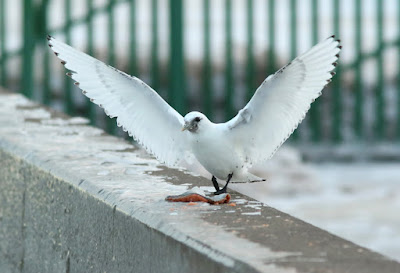 The bird was bigger than I expected though is obviously considerably smaller than a Herring. 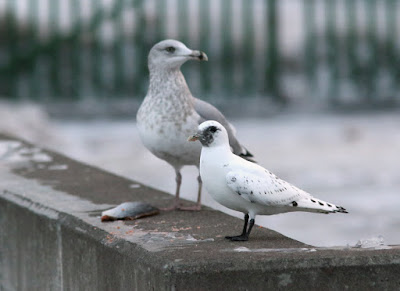 I thought it was proportionately shorter legged than the Herrings, but some of that may be due to more extensive feathering of the upper leg.  I took somewhere between 1500 and 2000 images of it (and a few other species in the area), I'll have more pics up in the next few days.
Posted by Matt at 4:46 AM

I read the other post first and missed these really great spread wing and tail flight photos. This bird is so spectacular. I did see the Point Pelee bird, actually at Wheatley Harbor, in January of 2006, I think.