As I mentioned yesterday, an enterprising birder had brought a salmon filet which the gulls were most interested in. 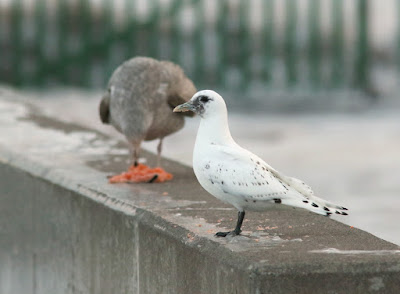 The bird gave up considerable size and bulk to the HERG and for the most part had to cede the salmon to them when the HERG got up the courage to brave that circle of dangerous looking birders.  The IVGU was a lot tamer and less concerned about the people for whatever reason.

It would sidle up to steal a nibble here and there, occasionally slipping on the ice... 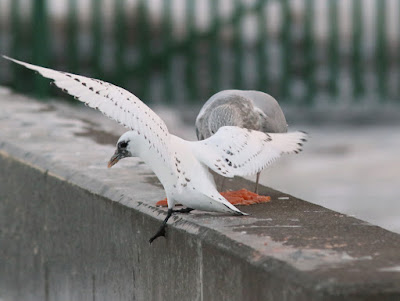 or darting in when the bickering escalated into a full-blown battle royale. 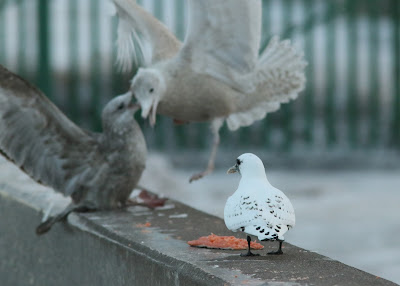 As a Glaucous Gull you probably shouldn't be getting owned by a Herring.  Just sayin'. 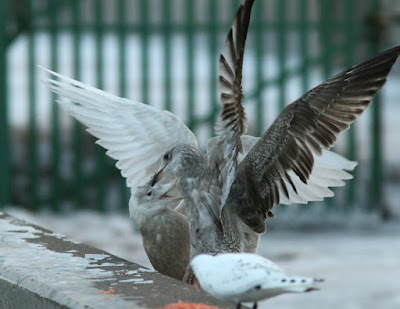 Eventually the mix of Herring (with a few Thayer's and Kumlien's-ish birds) got up their courage and started dominating the hand-out. 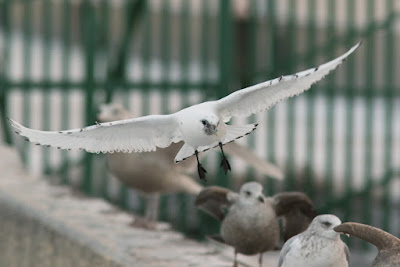 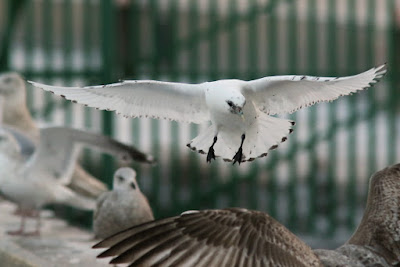 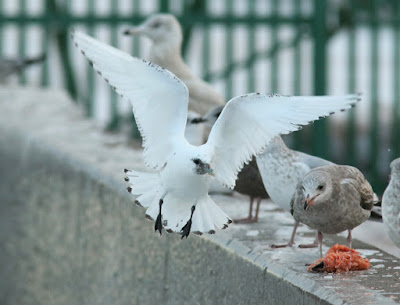 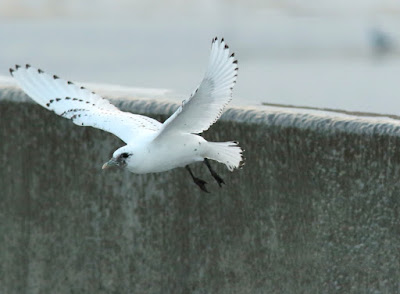 Though after awhile it got pulled down closer to those oh-so-scary birders allowing the bolder Ivory to have less competition. 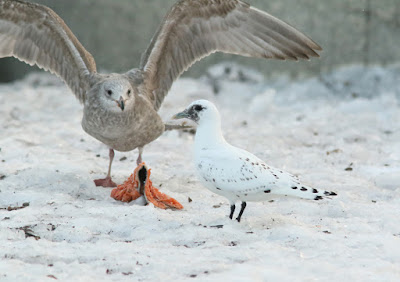 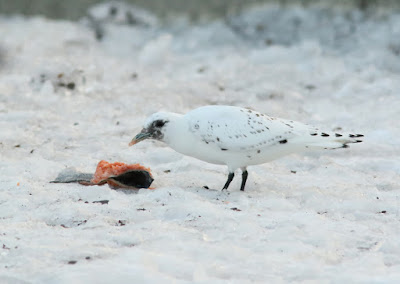 At times it would sneak in low to the ground to grab a small bill-full, very much adopting the posture of a jackal at a lion kill on the National Geo specials we all grew up with. 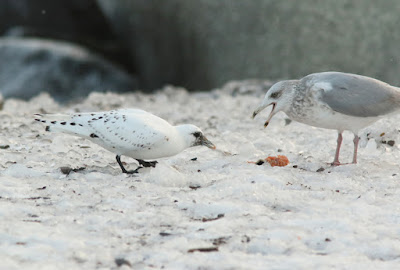 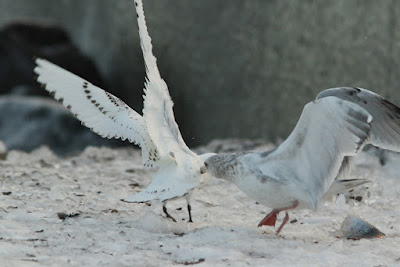 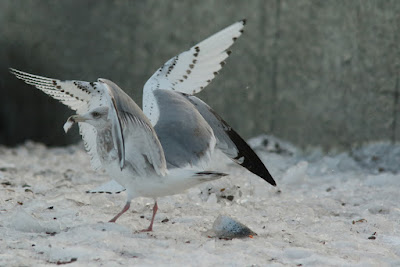 If I'd noticed in the field that the HERG actually yanked a feather out I might have tried to recover the feather. 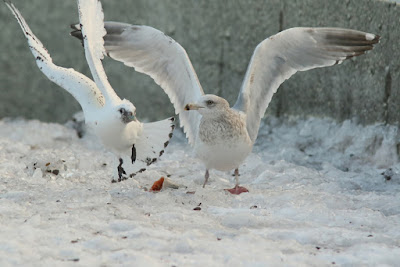 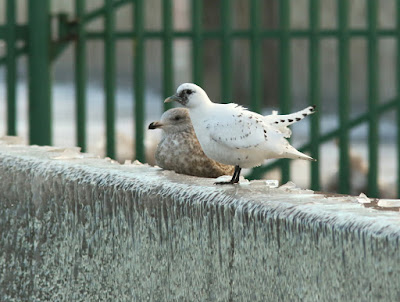 Matt, I was reading Amar Ayyash's blog, Anything Larus, and learned that there were two 1st cycle Ivory Gulls in this area - the Duluth bird and another at a place called Connor's Point. The Connor's Point bird was later found dead. If interested, the story is here.