Flight of the Ivory Gull

Which is appropriate since my understanding is that the bird is gone (but may have re-appeared in someone's yard having been driven to earth by ravens before getting rescued by the homeowner and subsequently released by a rehabber).

Evolution wise, my understanding is that Ivory Gulls split off the main gull branch not long after the jaegers/skua group diverged from the gulls.  I thought the bird in flight was reminiscent of a jaeger or maybe a peregrine as it would usually have fairly shallow but stiff wingbeats that allowed it to accelerate a lot quicker than gulls.  Whether that's what one would expect based on the evolutionary lineage I'm not sure. 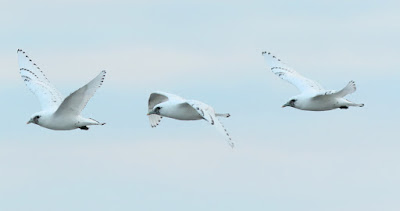 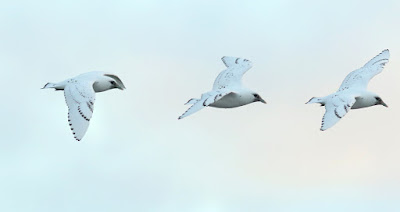 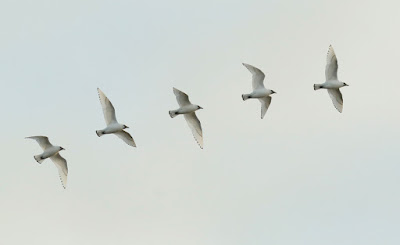 This next one is larger than most of the jpgs but I think an Ivory gull deserves it. 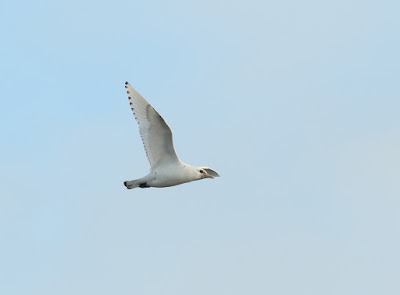 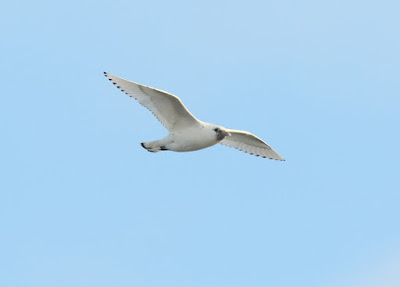 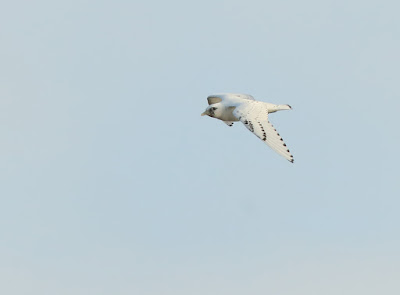 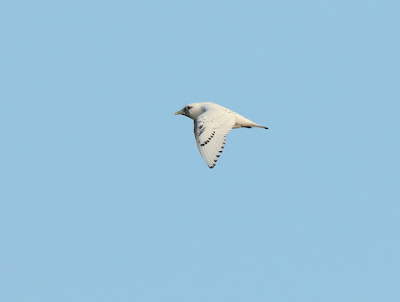