You know a bird is cool when you'll drive past a Gyrfalcon for it.  Ivory Gull was in that category, but after spending a few hours blazing through 1500+ pics of it a retreat was in order back to a little industrial island on the Wisconsin side of the river where eBird had revealed a Gyrfalcon to be hanging out.

The Ivory Gull made us wait 90 seconds; this bird was herding a flock of pigeons as we drove up before it settled back atop a grain (?) elevator. 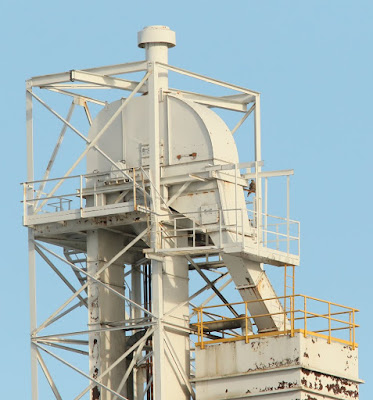 It was pretty distant, but through the scope (or a photo crop) the malar stripe (with essentially no contrasting helmet), long neck, long tail, and relatively plain coloring of a first year gray morph gyr were revealed. 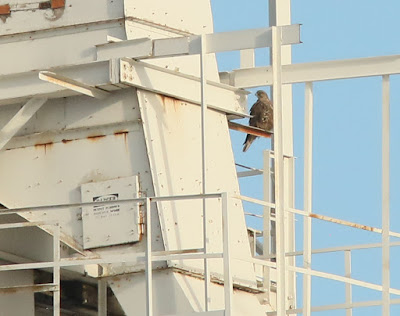 A crow flew by after a bit which I thought might take a pass at it; apparently it knew better.  It just kept going.  The pigeon flock flew by and the bird sallied out.

Its wingbeats cut fairly deep as it accelerated. 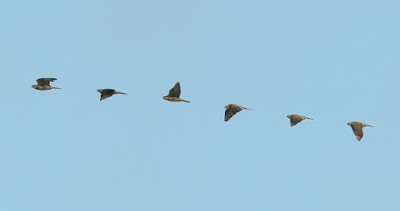 It really beat from the shoulder with less bend in the wing than a Peregrine. 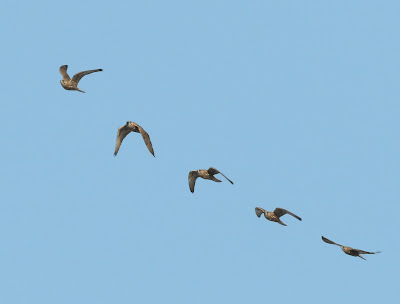 I'm not sure what it flew out after initially but it essentially made a beeline right for us, looking down at us as it approached, revealing pale flight feathers with contrasting wing linings. 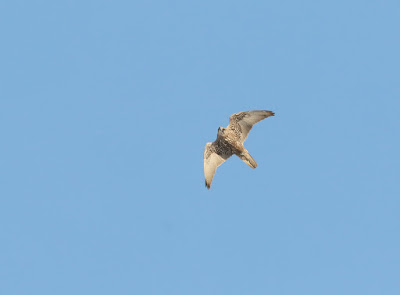 before banking back off towards its perch. 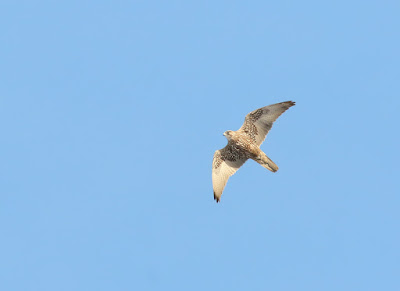 The broad wing bases and long tail really gave it a heavy look.

If you want to see a crazy good pic of this bird, this eBird checklist will elicit praise/envy.  In looking for that link I see that there's since been a pic and a video posted of an adult gray morph on this checklist from about a quarter mile away from where our bird was.
Posted by Matt at 1:00 AM