We spent our last day of birding along Achiote Rd, a location that can be good for some of the less common Caribbean slope birds though we didn't have a ton of luck with them.  Jose, our guide for the trip apparently had some conflict arise (I'm not totally sure it wasn't simply another group that he'd double-booked) and arranged for a colleague of his, a man named Ygua to guide us the last day.

A Yellow-headed Caracara perched right above our heads as we started the first trail of the day. 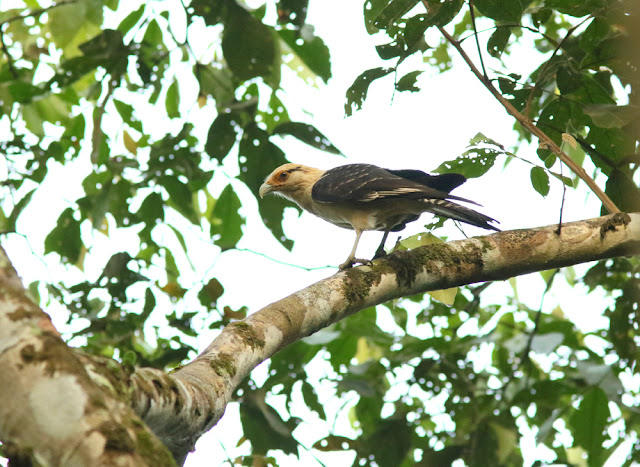 We had good numbers of trogons, and the first Bicolored Antbird and White-flanked Antwrens for most of the people on the trip.  Spot-crowned Antvireos were fairly common. 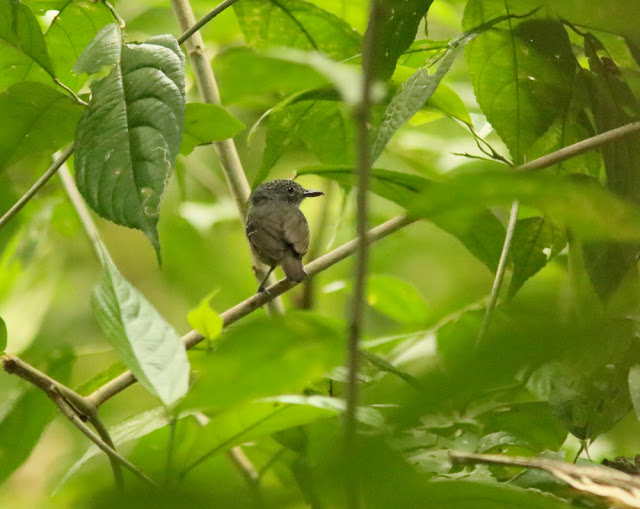 Song Wrens were beatboxing away in the underbrush.  This pair popped up and did some sort of mutual preening for a minute or so. 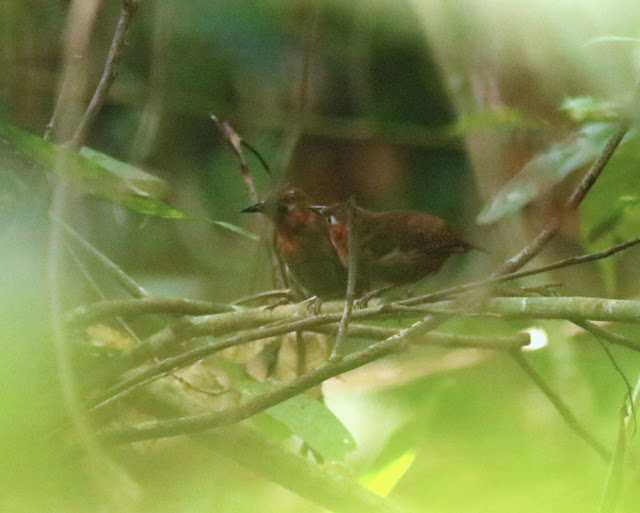 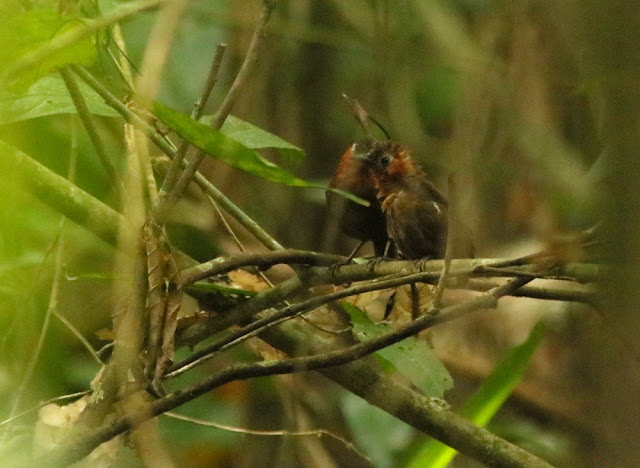 We spent at least an hour watching hawks from a sloped coffee field.  Swallow-tailed kites were quite common as they started their northward migration. 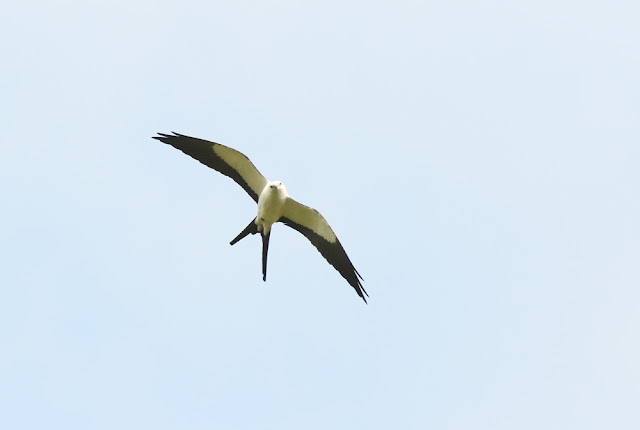 We saw a couple Black-hawks which our guide tried unsuccessfully to turn into a Crane Hawk. 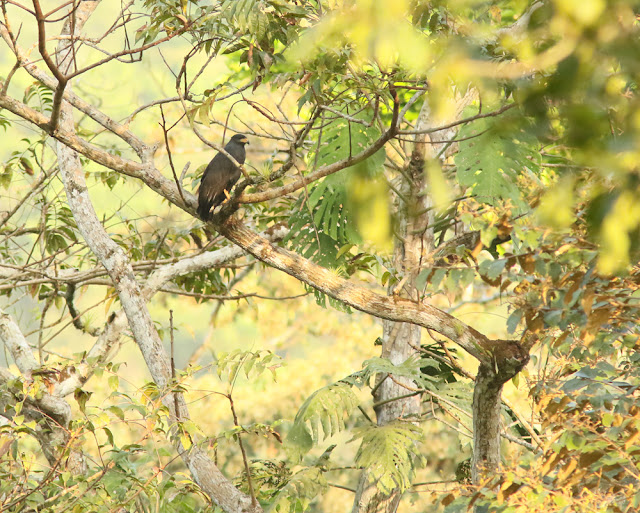 A young King Vulture appeared and disappeared before I could get most of the group on it. 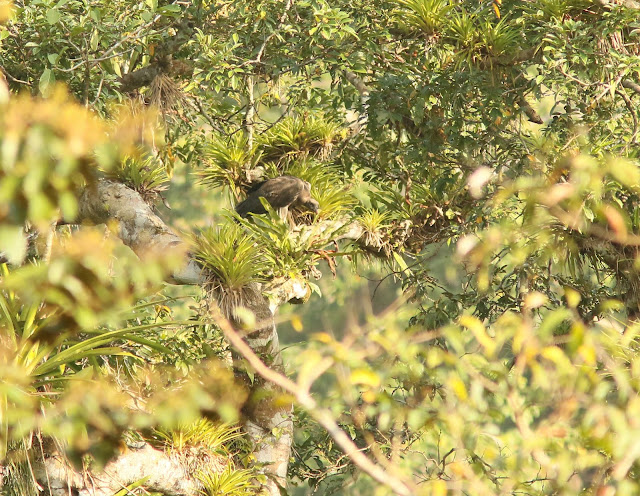 Gray-headed Kites are an interesting contrast to Swallow-tails. 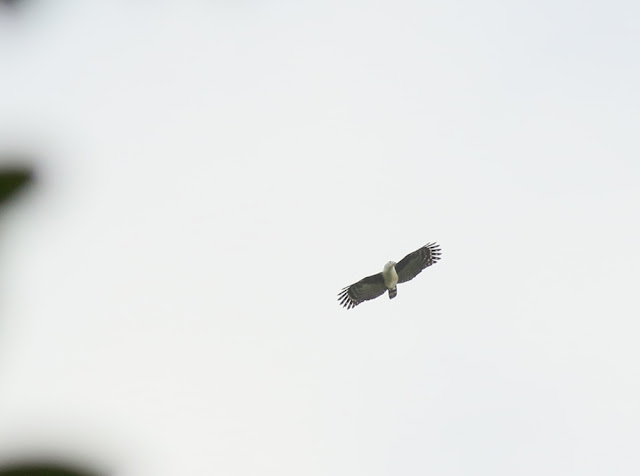 I don't think there's a greater contrast in wingshape between the angular Swallow-tailed and the paddle-shaped Gray-headed possible.

We saw our only poison dart frog of the trip here as well. 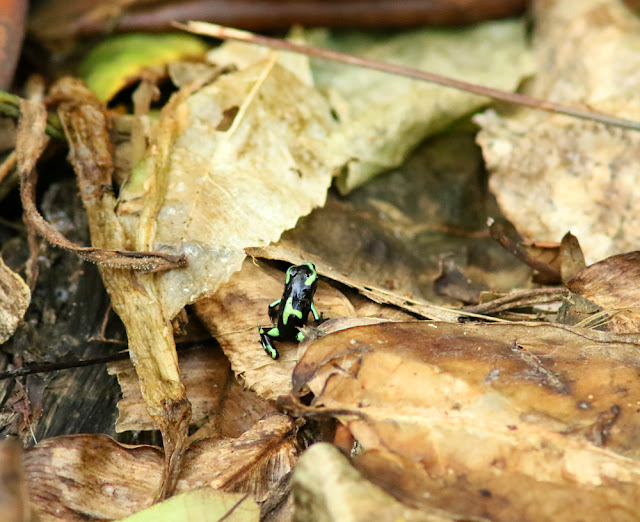 We chased a calling White-tailed Trogon around and found a small group of Gray-headed Tanagers that didn't turn into an antswarm and soon started walking along the road.  There were a few birds here and there, as well as decent numbers of Cracker Butterflies. 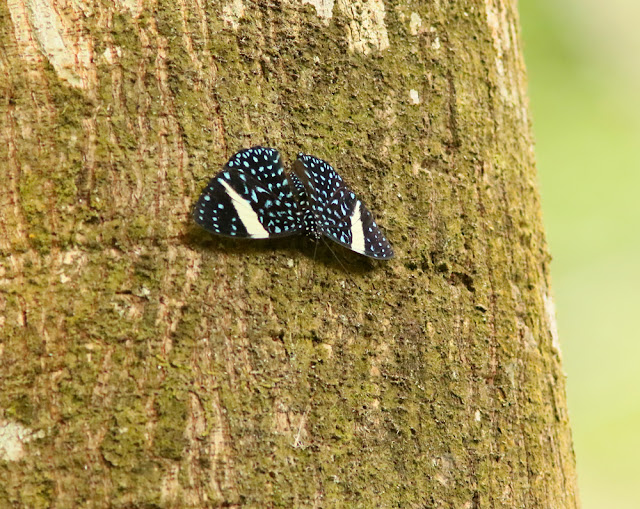 Sometimes a person could hear the wingsnap from the butterflies which gives  them their names.

Black-cheeked woodpeckers were working together on a nest hole or granary, or maybe just communally exploring a bug-riddled snag. 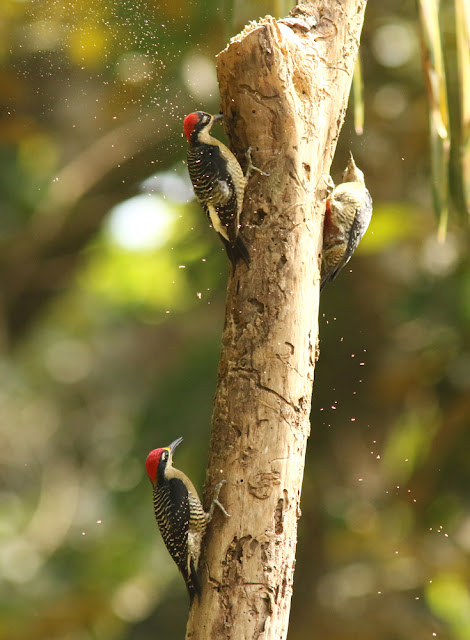 One of our main targets though, Spot-crowned Barbet went unseen however, aside from one on a mural at our open-aired restaurant lunch. 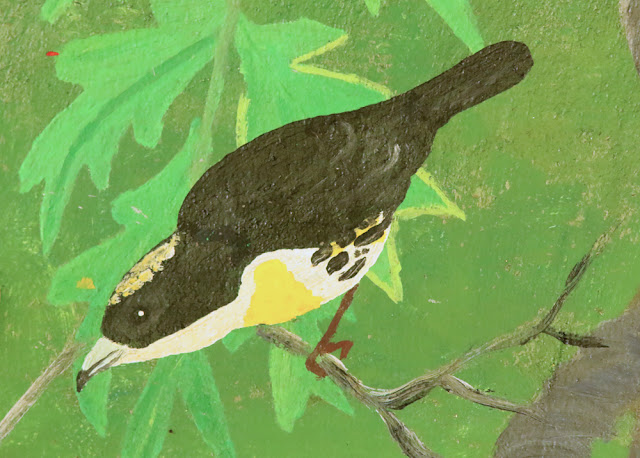