The Metro Park had one last bird up its sleeve.  Potoos will frequently roost in the trees at the entrance and their otherworldly cries are noticed by the security guards coming from certain trees.  A short conversation with one of the guards had Jose moving off at a determine pace and it wasn't long before we found the potoo. 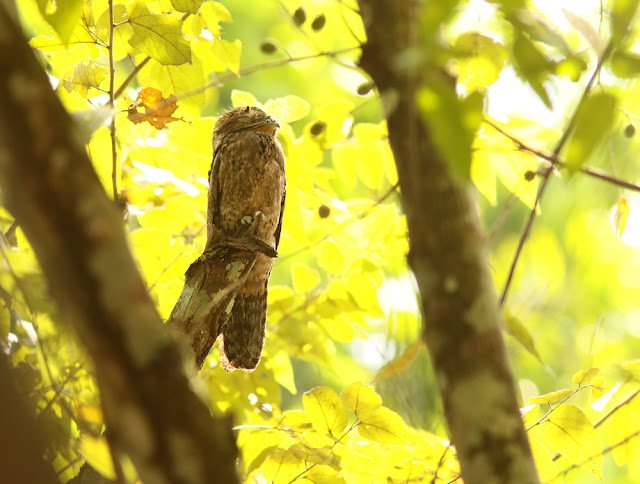 According to Vernon a couple years ago in Costa Rica these giant nightjar like birds feed on bats they inhale on the wing; you can get a sense of their enormous gape looking at the pics. 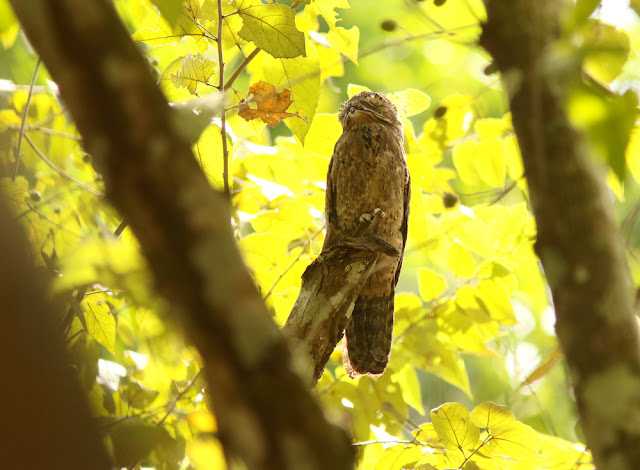 We maneuvered around it to get views from different angles. 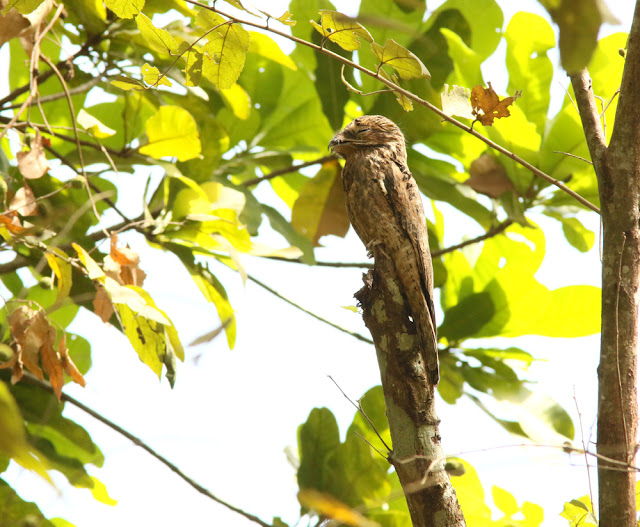 Upon reading a few articles on SORA, potoos generally wait until the wet season to nest and by leaning forward over their nests (which are natural hollows at the ends of snags they can shield eggs and young from the rain with hardly any movement.  On the nest the birds will snap into their erect alert pose with necks extended and bills pointed skyward to even more closely approximate the shape of a broken limb.  Sometimes they'll apparently ever-so-slowly rotate their bodies over the course of a couple minutes around the snag to put their (more camouflauged) bodies between the eyes of a potential predator and their downy young in a movement so slow you can only really see it by realizing that its position has changed.  One article said there's a distraction display the adults will use at night which incorporate their calls to lure a person or predator away from the nest.

At any rate, a really interesting bird, one that I'd only seen and heard distantly once in a spotlight view across a field in Costa Rica.
Posted by Matt at 11:07 AM