On our last morning in Anton Valle Jose led us along a random appearing side-road/path running between some pastures and 2nd growth forest.  Supposedly Yellow-eared Toucanet was possible there though one didn't get the sense that our chances were that high.  We certainly didn't see one.  Orange-bellied Trogons were fairly common though, and we had a couple more good looks at a male. 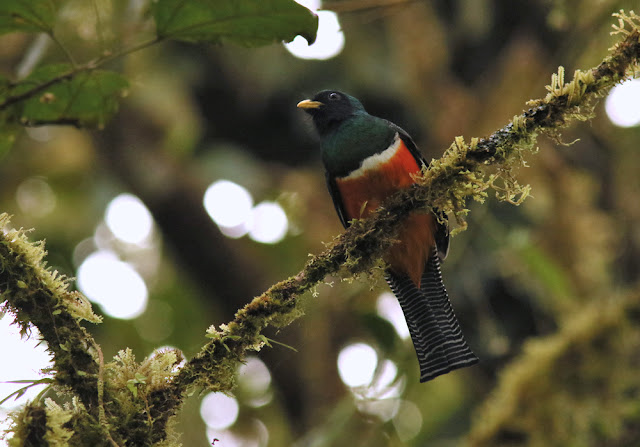 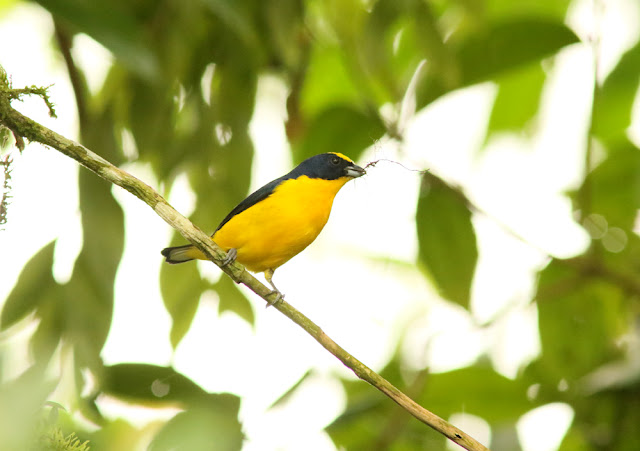 We were about most of the way up the trail when someone noticed 4 cattle right on our heels.  They nervously approached us, and we tried going up a side fork to let them pass.  They showed some interest in following us before they finally were herded past. 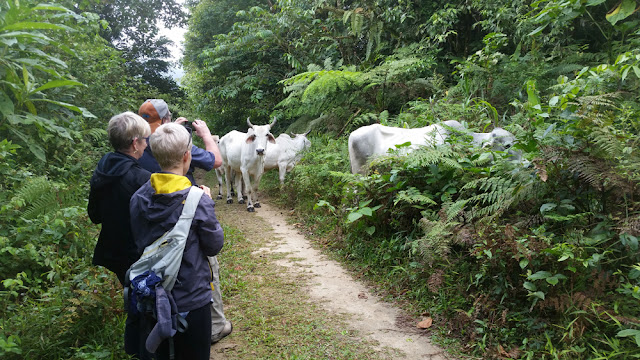 We headed back down not long after.  A Bronze-tailed Plumeleteer perched trailside. 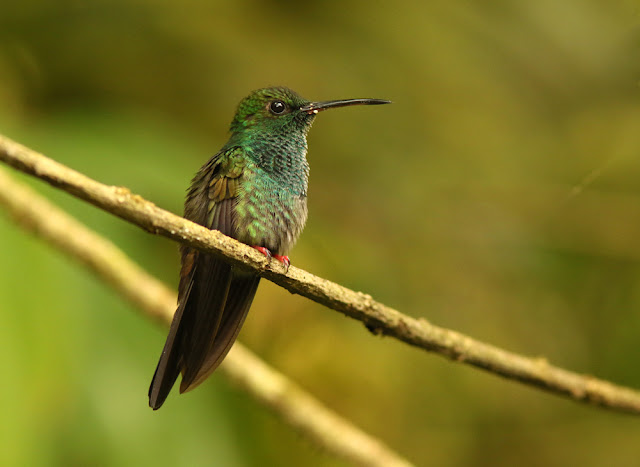 It was so close we could see mites crawling on the bill (and we suspected that the white pip at the right base of the bill was an eggsac. 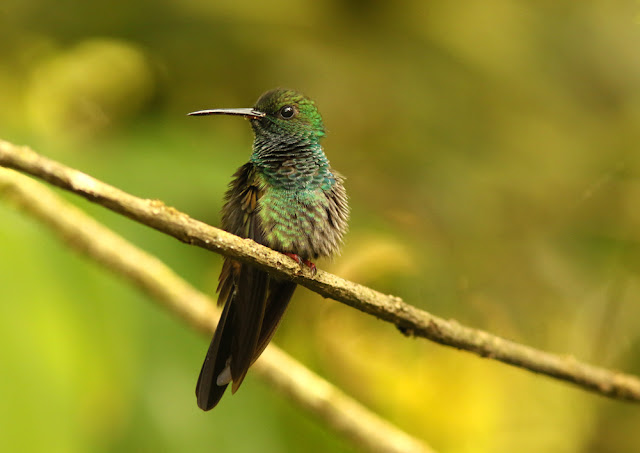 For some reason I've been thinking this bird was named (for good reason) Red-legged Plumeleteer, but both my Panama books, my Costa Rica book, and eBird all call it Bronze-tailed.

I was happy to finally see Flame-rumped Tanager.  I had expected this bird to be common; I think we only saw them here. 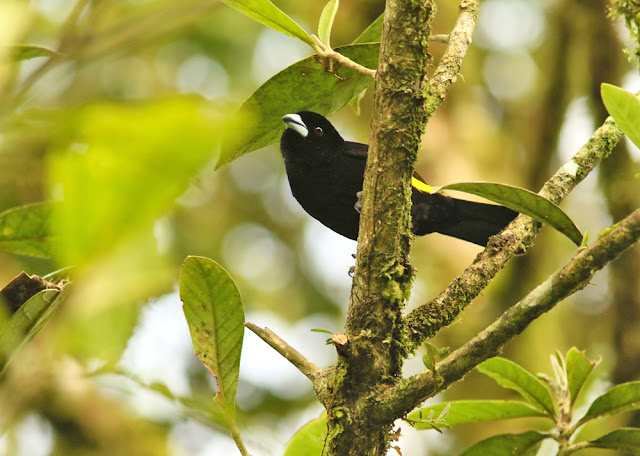 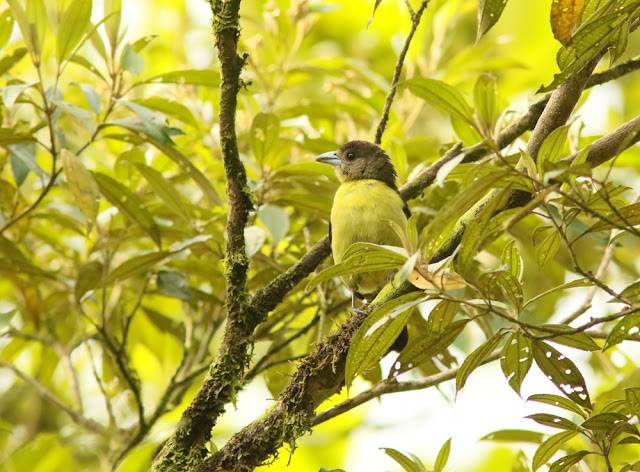 It seems like there's always at least one black tanager with a bright rump in the Neotropics, in Costa Rica it's the two scarlet-rumped sister species, Passerini's and Cherrie's.  The females are usually grayer with breasts washed with the rump color.

A last look at a random mixed flock in the middle of the road. 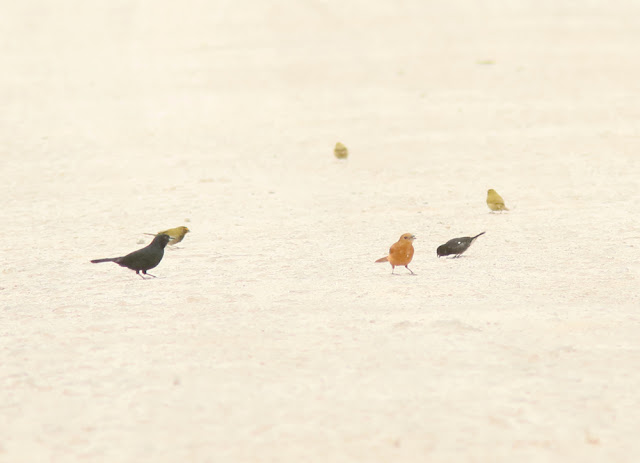 From left to right in the foreground is Male White-lined Tanager, Yellow-faced Grassquit, female White-lined tanager (the rusty bird) and then a Variable Seedeater (the little black bird)