The rarest bird we saw

Two of them actually.

After leaving the mid-elevation Anton Valley we headed back through Panama City to traverse to the Caribbean side.  While we were still west of the canal (and within a mile or 2 of the Pacific Ocean), Jose stopped us at a random retention pond that's played host to a couple overshoots/colonists from South America, a pair of Whistling Herons. 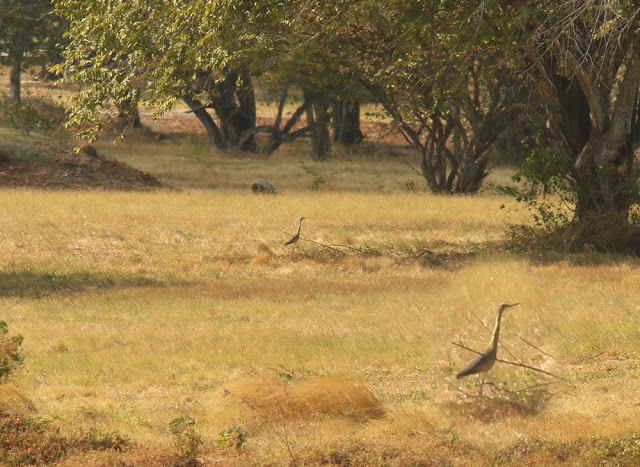 This is actually just one of the herons, I magnified the middle of the image into the right lower corner inset to try to give a little more detail on the bird.  It looks like a cross between a Great Blue and a Tri-colored but with a bright pink bill.

Even though we were there during the full-bore mid-afternoon heat we still saw more birds than I would have expected in the dry forest scrub opposite of the chain link fence guarding the ponds.  Ruddy Ground-doves were quite common. 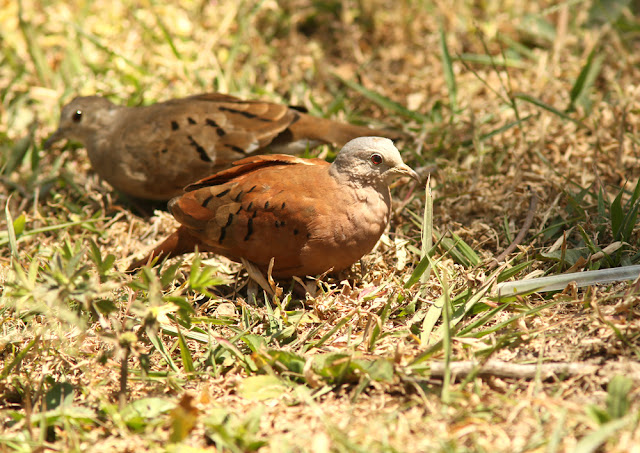 I was very surprised when Warren found a Rufous-browed Peppershrike out in the open. 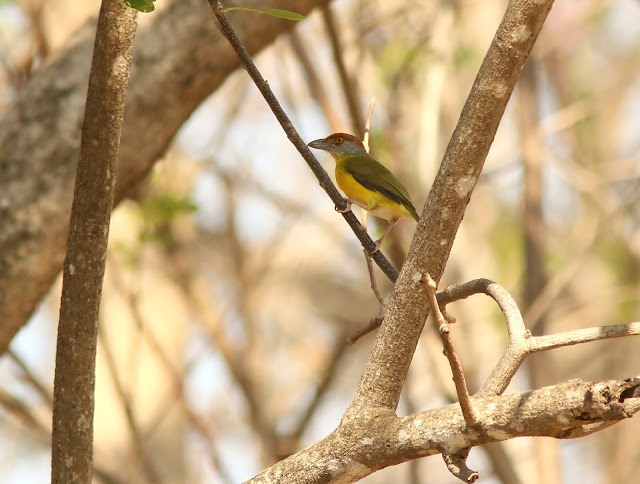 We worked really hard to track one down last year after hearing several in the treetops of the Costa Rican highlands and mid-elevations.  I did not expect one at sea level here.

I'm not sure what this bird is. 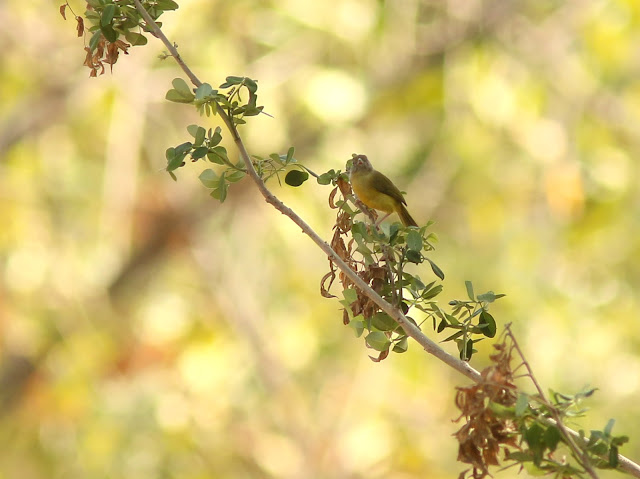 This photo is cropped in fairly tightly and we didn't have a scope at hand when it popped up.  In life I called it the peppershrike again, but in retrospect I think it's probably a Scrub Greenlet.

Finally a Lesser Yellow-headed Vulture that Jose spotted.  Unfortunately few of the group saw it since it only made one pass and we were kind of spread out by then. 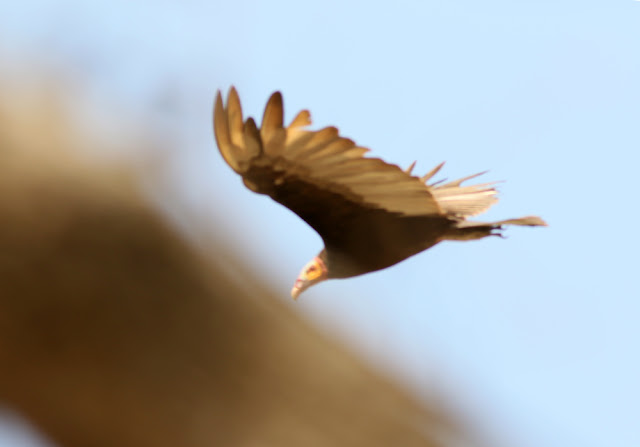 It's one of those birds that reinforces the Shoot First, Look at it Later; if I'd only seen this bird through bins then I certainly would have questioned the ID 5 minutes later when a young Turkey Vulture passed over not trusting my memory...

I was kind of hoping/expecting that we would have made more afternoon stops over the course of the trip like this one, targeted checks for specific birds or new habitats that might not have been otherwise visited.
Posted by Matt at 2:06 PM