We stayed at the Hotel Campestre in the Anton Valley and before breakfast on our first morning (and through breakfast that I skipped on the 2nd morning) I birded behind the motel in some brushy open stuff that was re-growing.

There were a few birds, a small flock of Lesser Goldfinches, my first Barred Antshrike of the trip, White-vented Antbirds skulking unseen in the darkest thickets bemused by my hopes to photograph one, as well as a Garden Emerald.  I've seen 2 Emeralds before, Coppery-headed in Costa Rica and one in Belize that has a white belly, but never a solidly incredibly entirely greener-than-green hummer.  Until now. 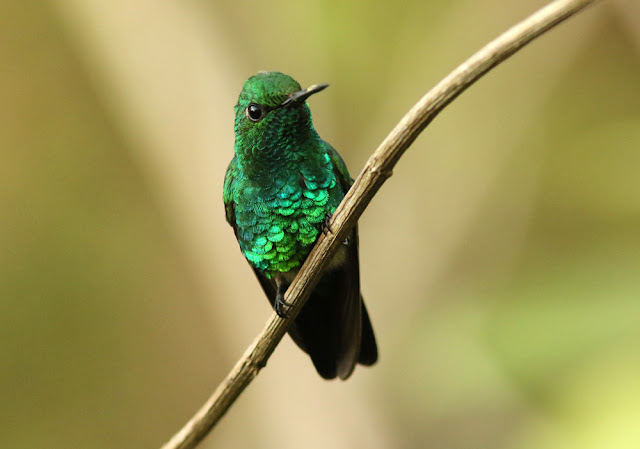 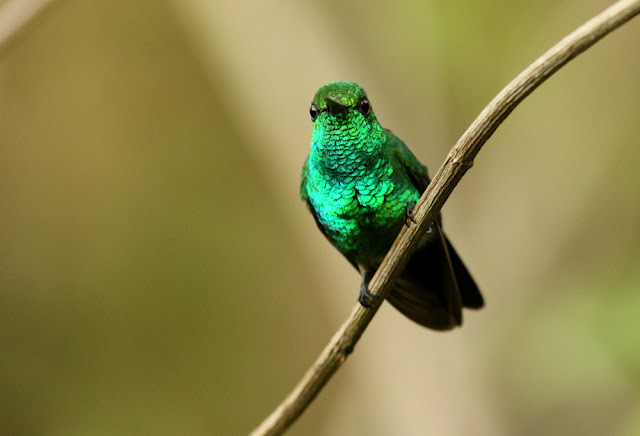 This is a young Streaked Saltator, I think my lifer. 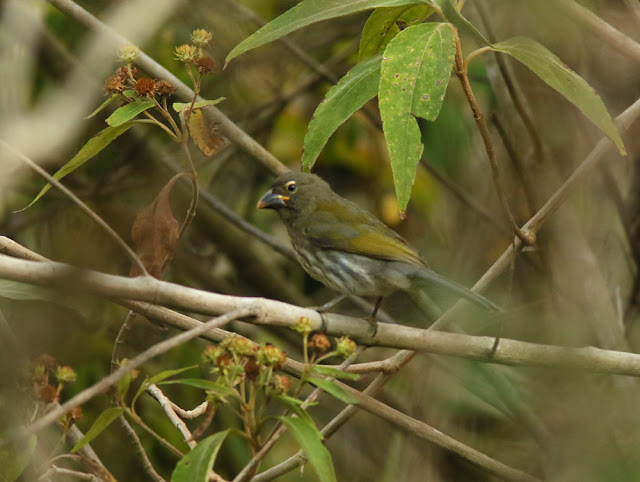 There were a few birds singing.  I tried to turn a Plain Wren into the similarly sounding Buff-breasted.  A Black-striped Sparrow teed up very nicely 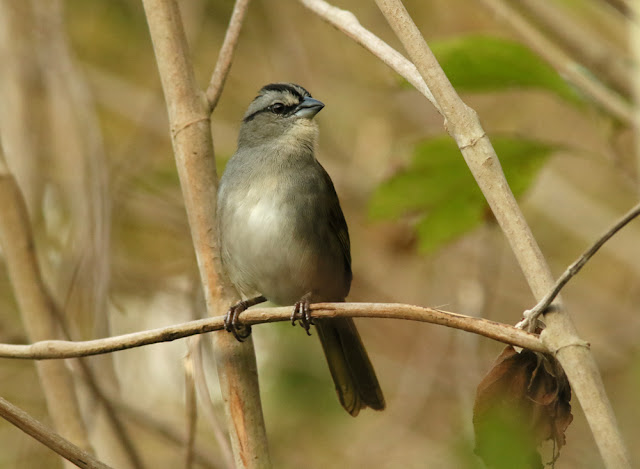 I don't remember which female Euphonia this is. 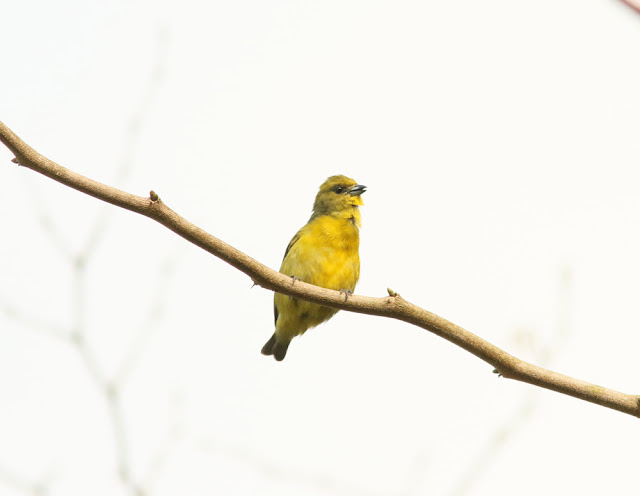 The male is a Yellow-crowned though. 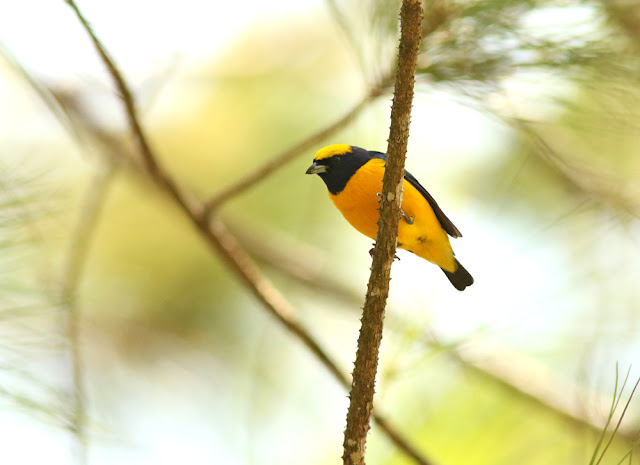