Who doesn't like brightly colored birds?  The grounds of our first hotel, the Summit Radisson held a surprising number though admittedly most of them were the decidedly plain Blue-gray or Palm Tanagers (or the ironically more patterned but gray Plain-colored Tanager).  There were a few Crimson-backed Tanagers about however. 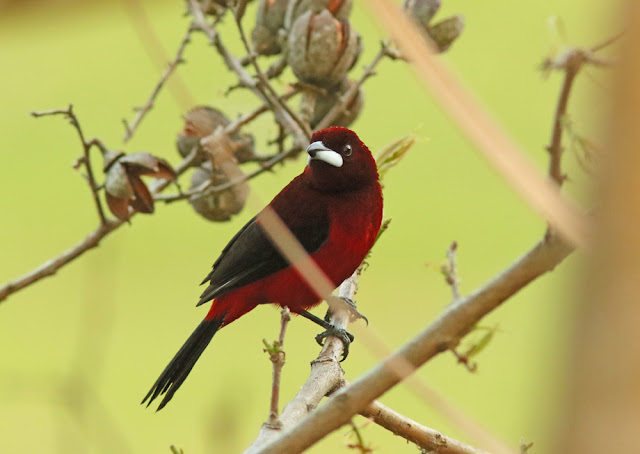 Golden-hooded Tanager is widely distributed in Central America, I think I've seen it on ever trip I've made. 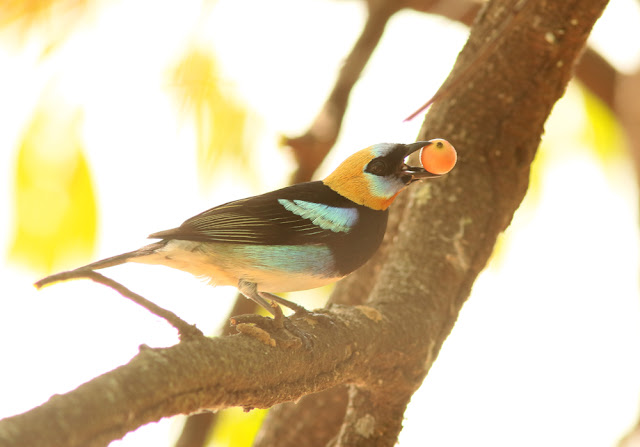 The nice thing about the tanagers is you can just stand underneath or next to a fruiting tree and wait for the birds to come to you. 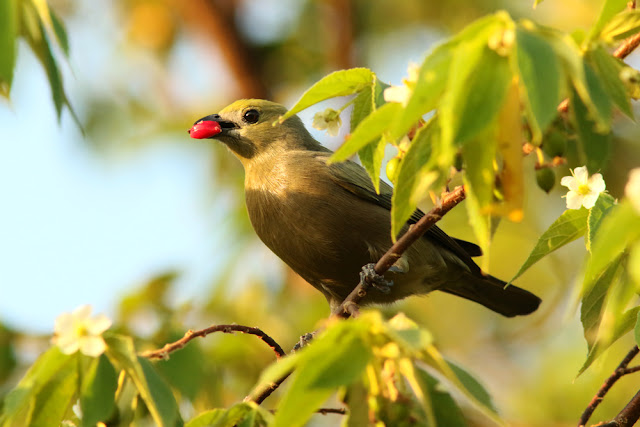 Technically this Red-legged Honeycreeper isn't a tanager and it was photographed at a lunch stop but why quibble details. 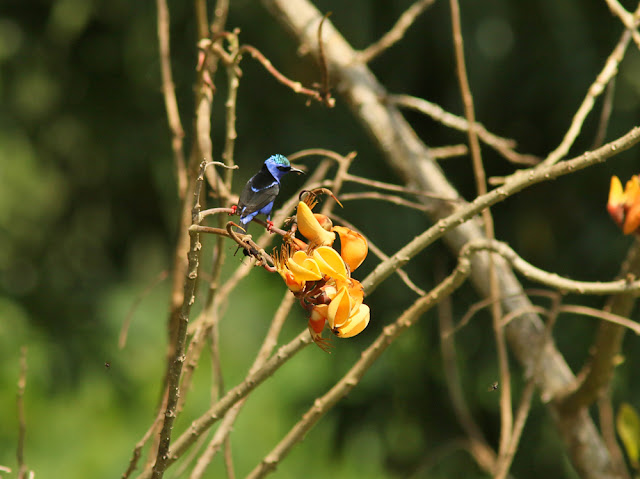 In the afternoon as we left the canal zone we stopped at the Summit ponds, these were quite birdy for an afternoon, with quick looks at Brown-capped Tyrannulet, distant views of Pygmy Kingfisher, a near side-by-side comparison of calling Lesser Kiskadees and Rusty-margined Flycatcher, as well as our only/first looks at White-bellied Antbird and Fulvous-vented Euphonia, but my photos were weak or non-existent so that site will go un-blogged...
Posted by Matt at 6:15 AM