Jose took us on a couple trails at midday and into the evening after the motmot and owl stakeouts.

The first (I think the La Mesa trail) was fairly narrow and we didn't have a lot of success.  Some of the group saw Dusky-faced Tanagers, we saw some fairly distant Red-somethinged Ant-tangers and a few Tawny-crested Tanagers, but I didn't have a ton of photo-ops.  This Dusky-capped Flycatcher was probably the most cooperative. 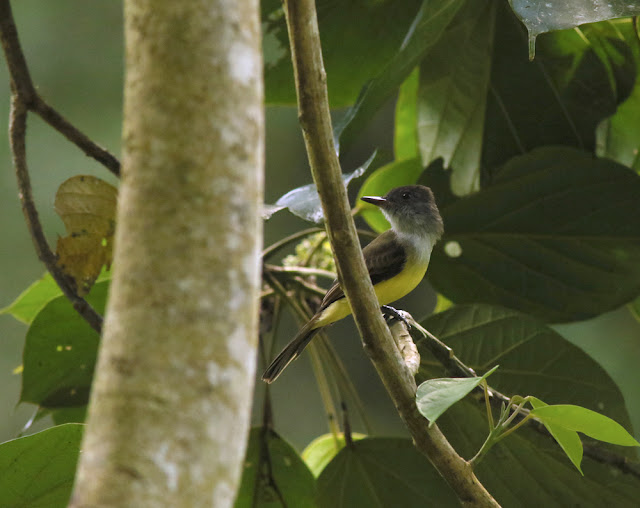 We found both Plaintains 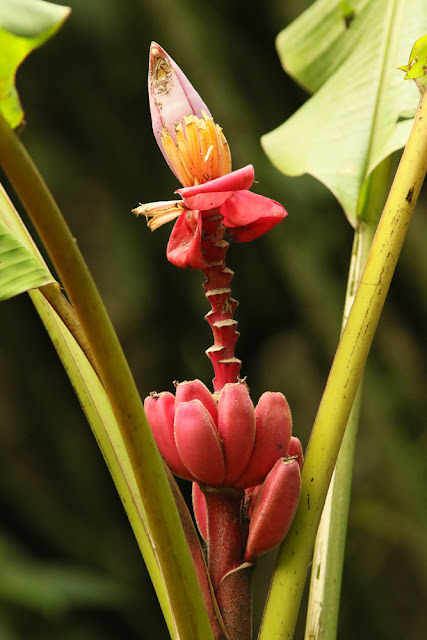 and then appropriately a Bananaquit. 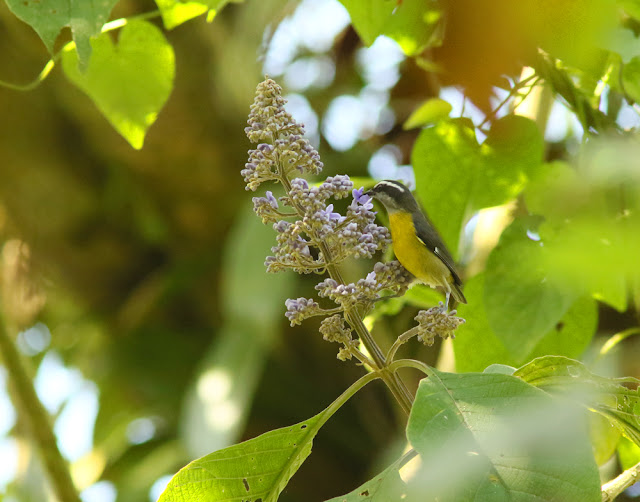 I think we took a lunch break and then started up the Cerro Gaital Trail.  This was a very pretty walk (which ascended considerably) through a nice neotropic jungle with interesting flowers and insects, though we didn't have a ton of birds. 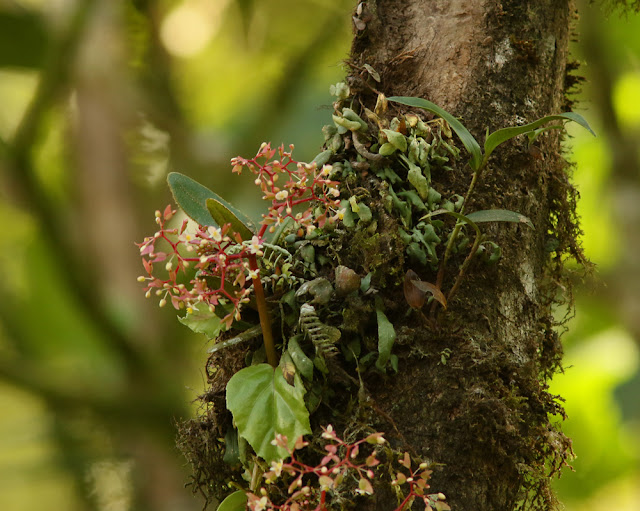 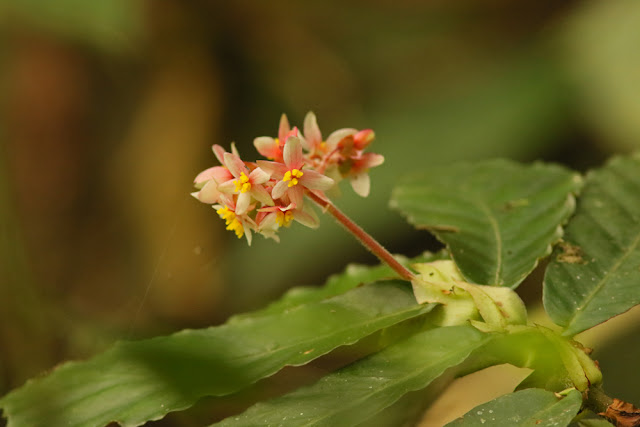 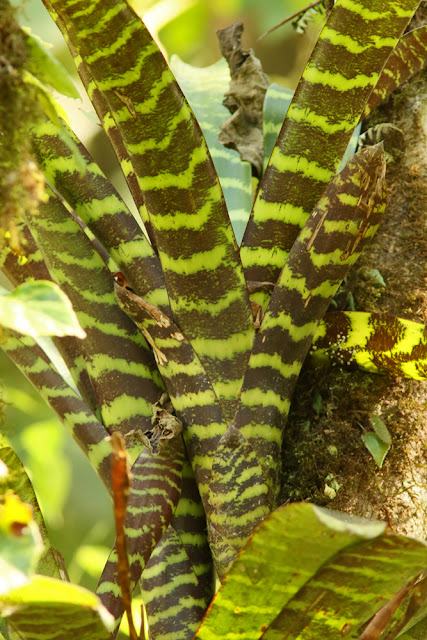 This was the view from the top, where we were entertained by distant Broad-winged and Short-tailed Hawks. 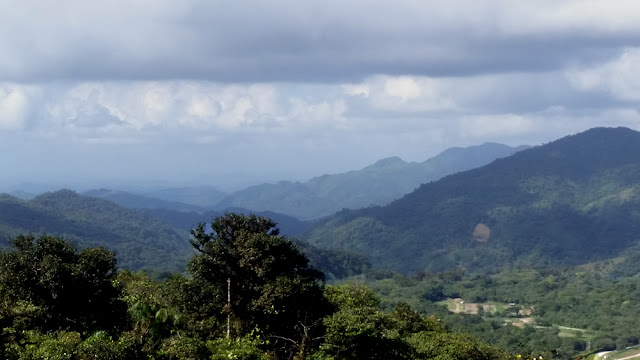 We slowly made our way back down the trail and in the last hour of light, and probably no more than a hundred yards from the van, Jose spotted a female Orange-bellied Trogon 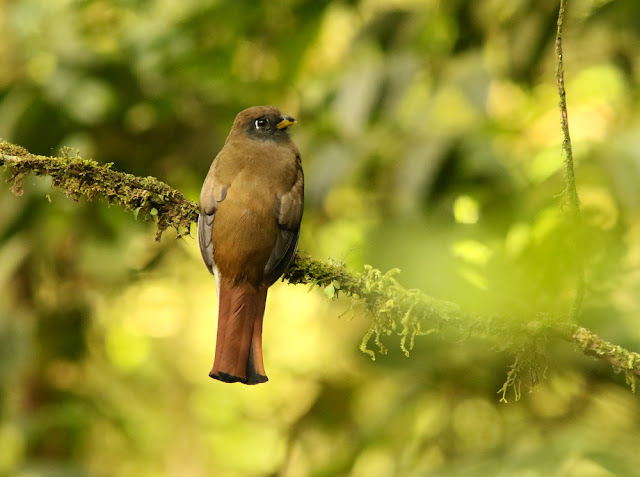 and then even closer to us, the male. 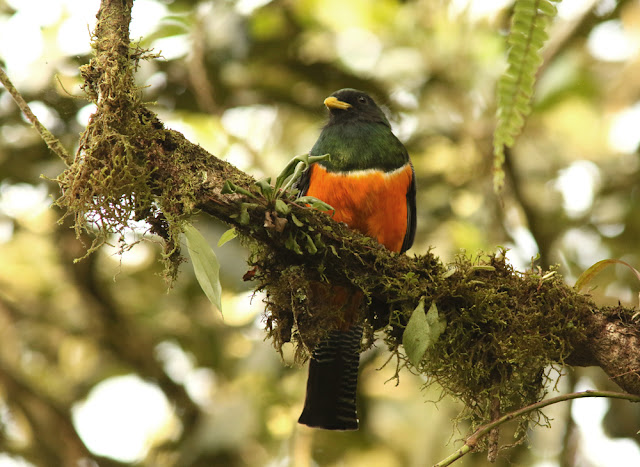 I had no idea it would be so orange. 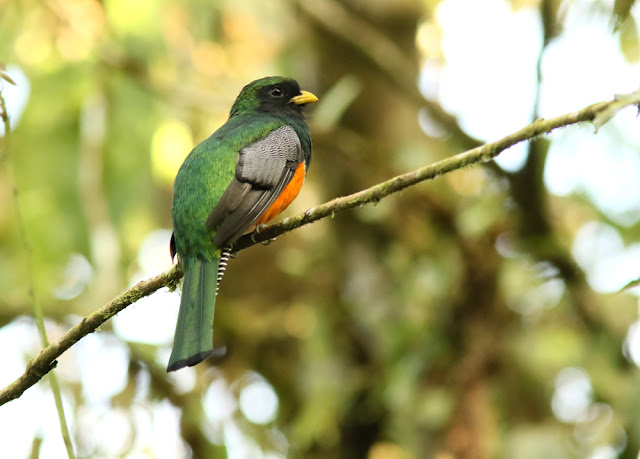 We watched the trogon fly down and grab a cicada which buzzed furiously until it escaped or the trogon gave up on it and let it go.

A little mixed flock materialized, led by a Scaly-crested Pygmy-tyrant. 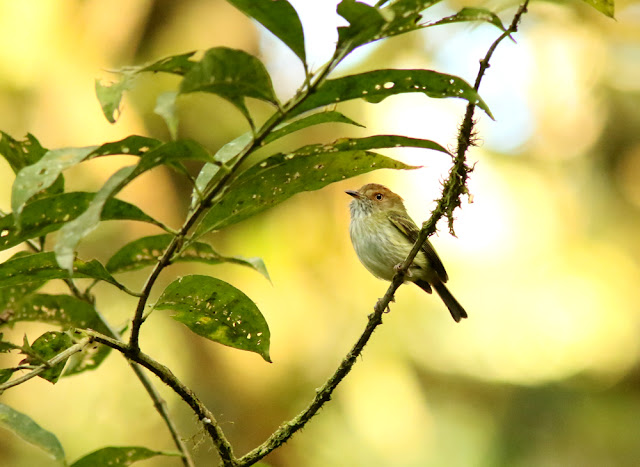 My first Spot-crowned Ant-vireo bludgeoned a caterpillar it captured into submission. 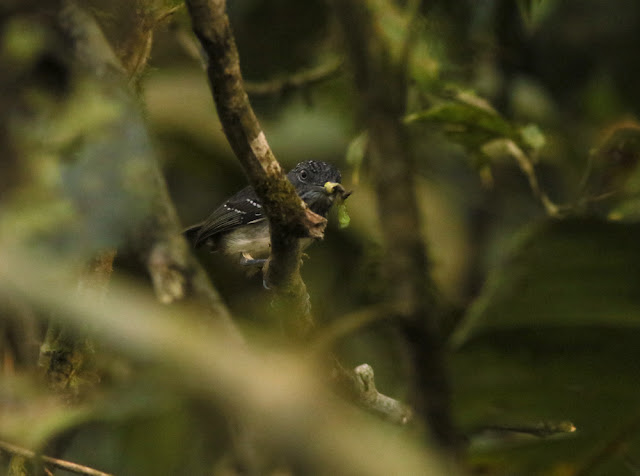 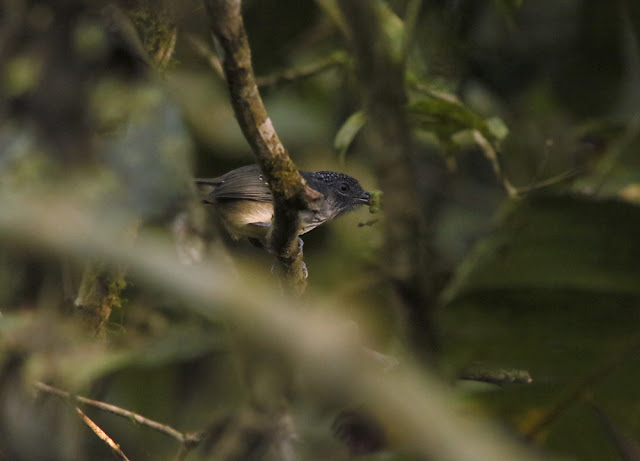 Associated with this group was a Spotted Woodcreeper, what looked to be a Stripe-breasted Wren (eBird would want a pic of that one though and I tried to get the group on it instead), a quick look at a young White-ruffed Manakin for some of us, and probably a few others I'm forgetting, along with a quick moving flock of more Tawny-crested Tanagers.

We found 3 sloths, 2 of which were presumably a mother and its nearly grown young doing some sort of mutual preening (being a moth haven is itchy work!) 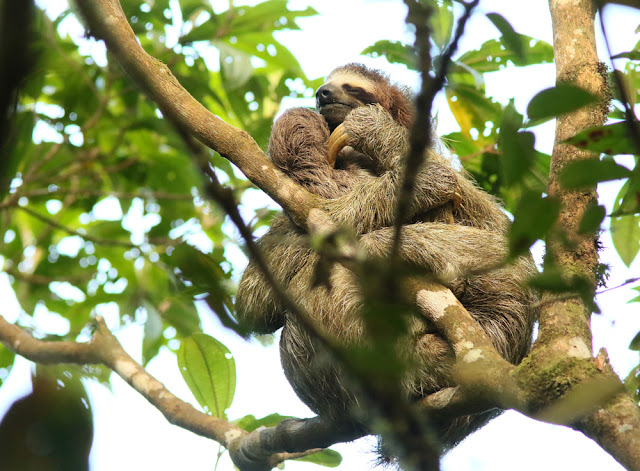 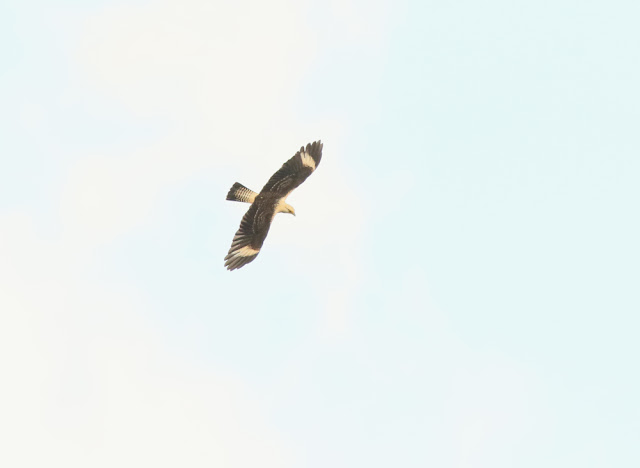