Eye of the egrets

The SE winds that produced 90 degree temperatures and flocks of waxwings streaming (south) past Tiscornia also brought an invasion of egrets into Berrien Co. Mindy found this group of a half dozen Cattle Egrets outside of Bridgeman. They were in a range of breeding affects, this one in the middle with some warm color to the lores and bill base as well as a fairly striking red rim around the iris. 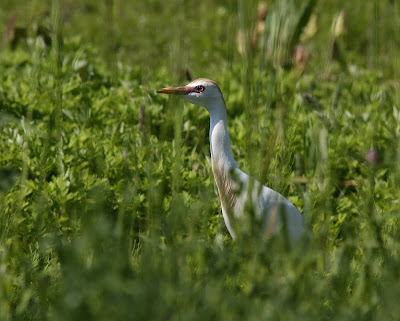 This one has pretty fully hormonal bare parts coloration, 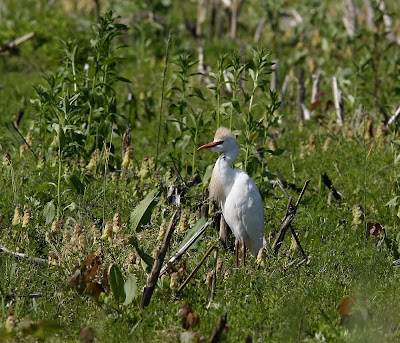 in contrast to this bird which has virtually none. 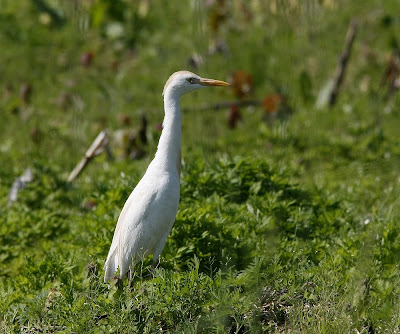 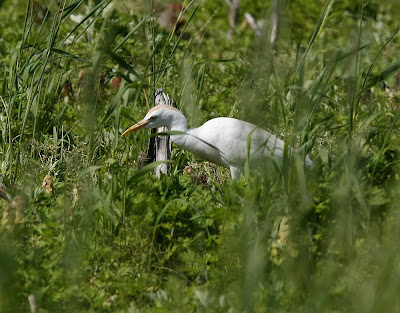 A few miles away, Jon discovered another group of Cattle Egrets, which was ultimately found to contain a Snowy Egret as well, a county lifer for me. 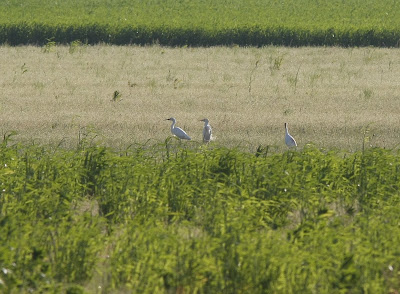 The Snowy is the bird on the left, as evidenced by the black (longer) bill and different shape. It brought me to 236 for the year, almost 10 birds less than last year at this time, though most of those are findable in June. Tim on the other hand is considerably ahead of his pace from last year, so clearly I have some work to do.