SE winds found Tim and me atop the dune again. This time we only had to wait 15 minutes for a first spring Swainson's Hawk. This one is a little darker than the Swainson's a couple weeks ago. 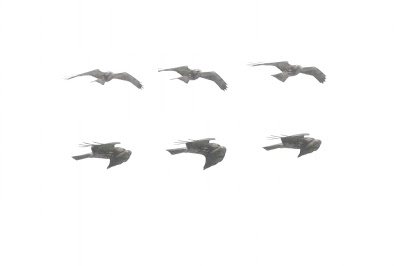 This bird appeared late in a kettle of 3 Broadwings that couldn't quite slip past Tim. Again note the pointed wings (with 4 emarginated primaries) with dark flight feathers. It was a size bigger than the Broadwings it was with.

First spring Broadwings were the most common hawk today. 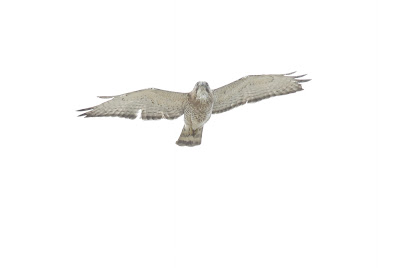 Most (if not all) were missing a few feathers in the wings and usually the tail too.

First spring Redtails were the other hawk moving in decent numbers. Some are faded quite pale, 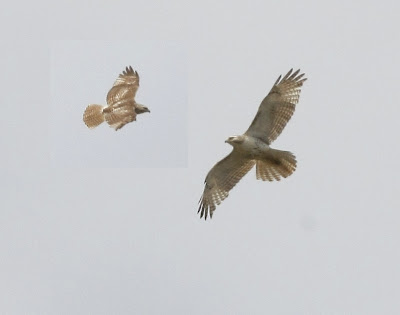 though not as pale as last month's Kriders (I found the upperwing shots): 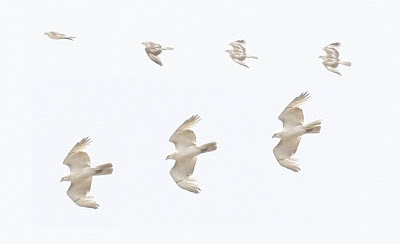 Unlike the Swainson's, this Peregrine was a year bird. 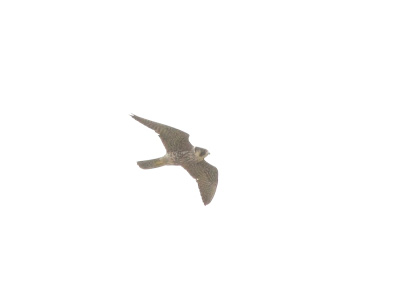 Just in case you're sick of practically black-and-white hawk shots, here's a female Parula, the first that we've had at Tiscornia. 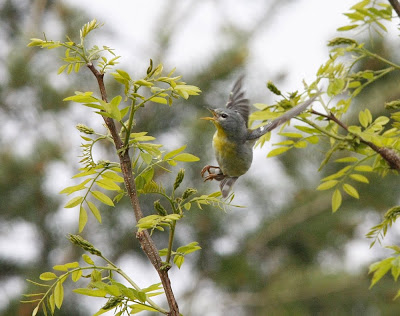 Now if only I could find a Connecticut Warbler...