Earlier in the week I was on my way to Tiscornia when the cell phone rang. It was Tim so I knew that it was going to either be very good or very bad. It was a little bit of both since he said he'd photographed a flyby Lark Sparrow, but that there were White Pelicans off the beach. Ten minutes later the pelicans were half way to Kloch and I had a decent walk to catch up to them. There were 14 of them, a bird I've been expecting to see the last 3 springs with some concerted effort along the rivermouth where fisherman always seem to report them, but unsuccessful until now. 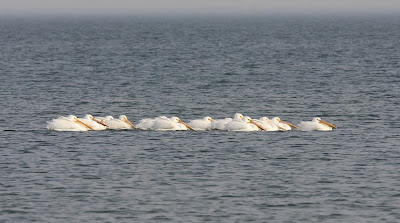 This morning at Tiscornia there was a Mockingbird, a bird that I have missed in the county before, but one I've found 3 times so far this year. 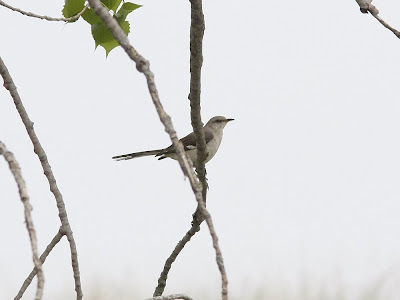 Then I saw a Brown Thrasher carrying nesting material on the other end of the park, 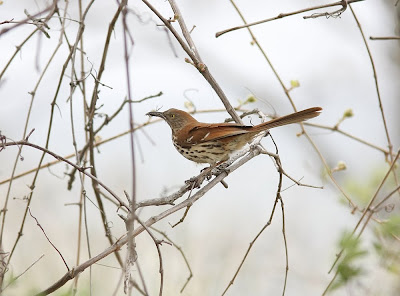 and had to circle back to take a lousy pic of a Catbird to finish off the mimic photo-slam. 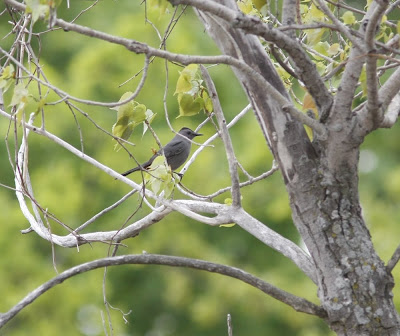 Just watch us only get the catbird on Birdathon.

I realized as I was driving south that I was pacing oriole flocks and pulled over into one of the bluffside parks along Lakeshore. There were actually more southbound birds here than there had been at Tiscornia; perhaps concentrated more by the bluff. 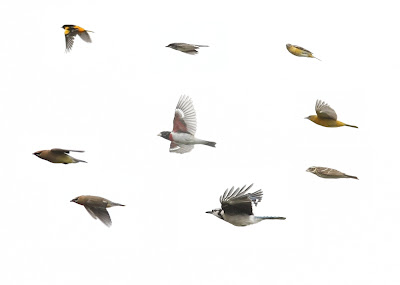 Eventually I got down to Floral where there was more activity around the scout campground than there was on most of the trail itself. The tanager caught my eye before I'd even gotten out of the car. 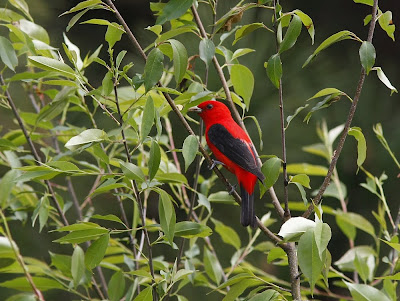