I don't have time to do a decently researched post, but given that Tim had the bird again this morning for about 10 minutes I figured I'd put up pics so people know what they're looking for if they decide to come for it.

Virtually all the young RB Gulls haver dark eyes so that doesn't really stand out, the mantle is only marginally darker in some lights. 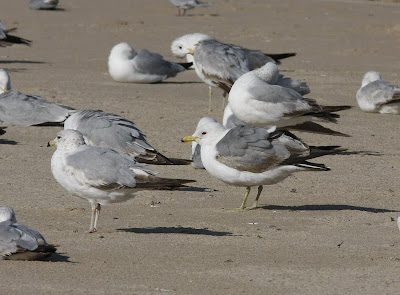 The black on the bill is narrower than most of the RBGU's and there is some red proximal to the black. The legs are yellow-green, the difference in the sunlight is more apparent than it is in the above pic. 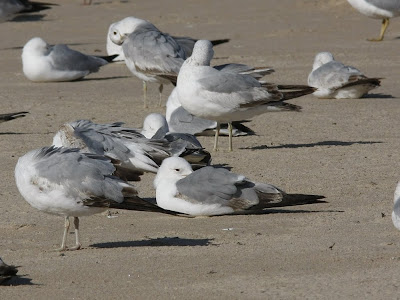 It really blends in at rest. 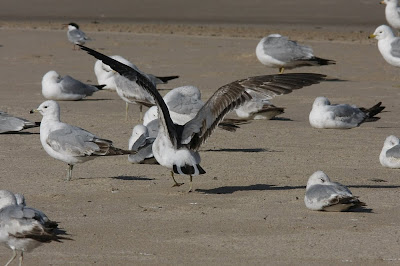 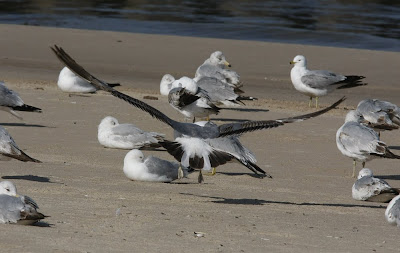 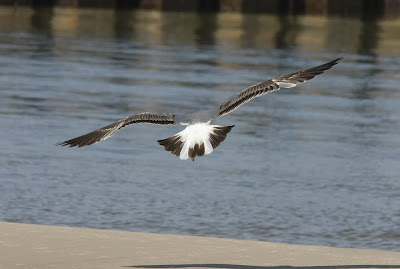 p1 is growing in with an adult feather so there's just a narrow grayish window in the inner primaries whereas Herrings have a big patch of paler inner primaries.

For what it's worth, every California Gull I'v seen at Tiscornia (all 2 of them) walks with this odd posture with the head cocked back and the bill pointed down. I don't think I've ever read about this behavioural character so I don't know if it's real or not. 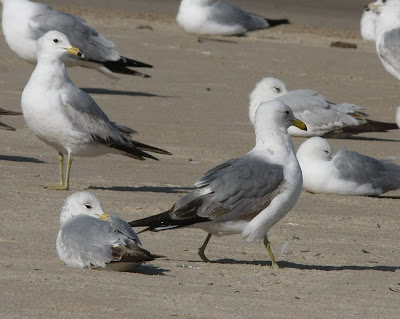 For a post showing aging of California Gull see here.