While the cool weather has kept migration somewhat slow, it's also definitely slowed the trees down. I think they're 2-3 weeks behind where they were last year. But, it's certainly allowed better looks than are frequently allowed of what warblers there are. 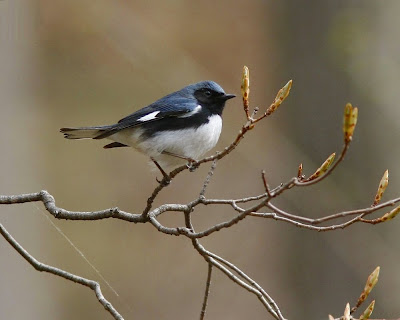 as is Kentucky. This one walked up fairly close to the trail to forage from the dirt exposed by a wind-uprooted tree. 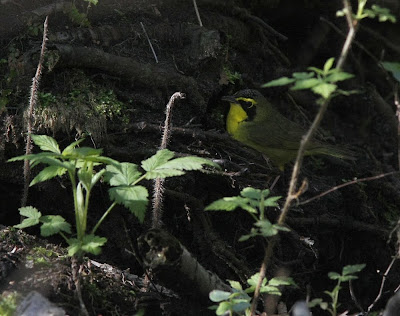 Bluewings' beee-bzzzzzzz is one of the easier songs. This one allowed me to walk past it on the trail after it bathed to get the sun on the right side of me. 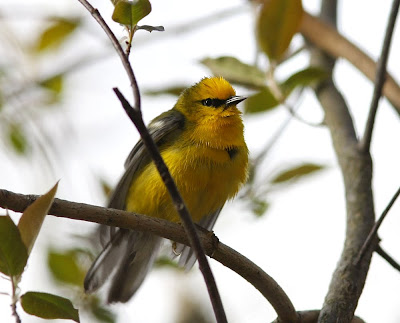 Hooded's are back, but the lack of a canopy has them pretty quiet. I think they're not totally sure that they actually have a territory worth setting up on. 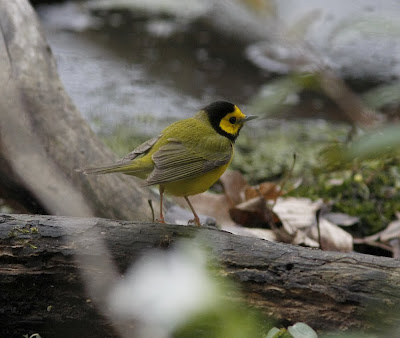 Nashvilles are probably the dominant migrant song right now. This one showed off its reddish cap fairly effectively. 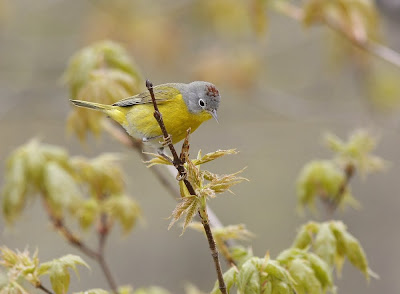 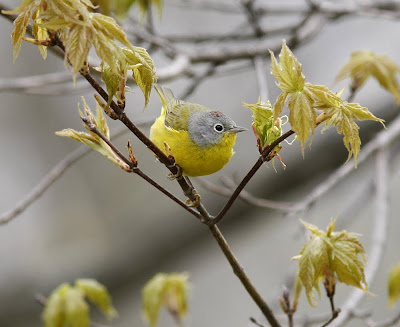 Finally, a Pine Warbler. This is the second time I've badly over-exposed a spring Pine in nice light and not been able to fully recover the image afterward... 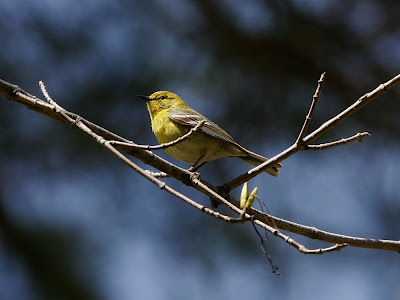