I walked some of Grande Mere SP yesterday. A few Northern Waterthrushes were tinking along the swampy edges along with a Rusty Blackbird. 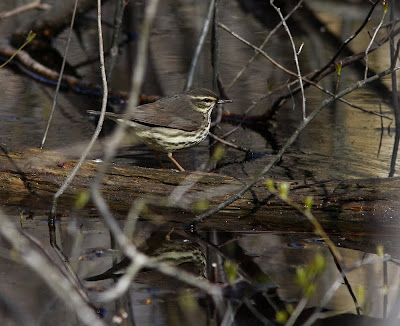 Some of the classic April migrants were much in evidence, the April thrush, a Hermit, 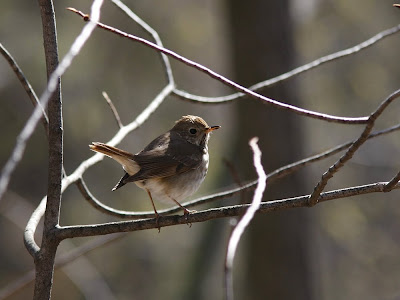 and the classic April warbler, the Yellow-rumped. 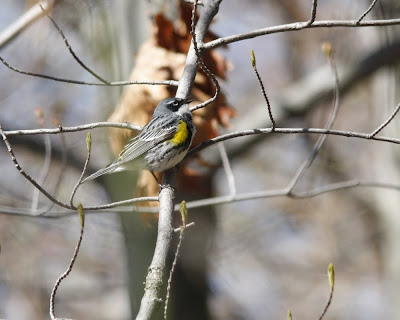 Black-and-white Warbler frequently appears on the last day of April... 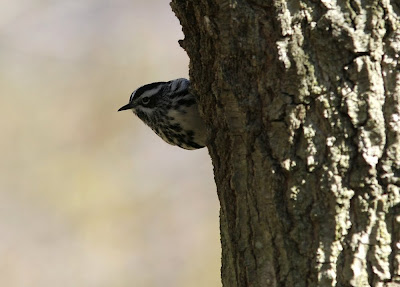 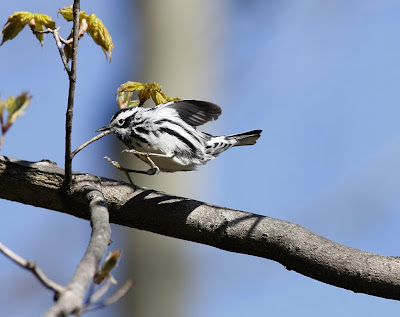 Wait a second, what's that you say? It's May? I would have predicted more leaves and territorial birds. I guess it explains the female Kentucky at Floral this morning though. I had to shoot through some brush so the pics aren't as sharp as I'd like. 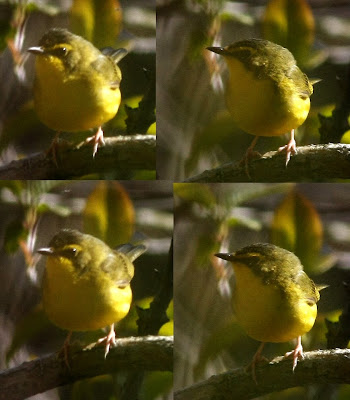 A first state (ABA?) record Bearded Tit was along the trail too: 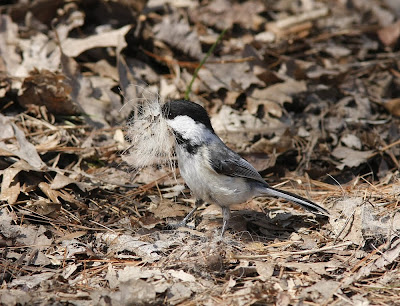 I don't see any reason to actually look up what a Bearded Tit looks like, surely the name is self-explanatory right? I didn't see where the chickadee took its nesting material. 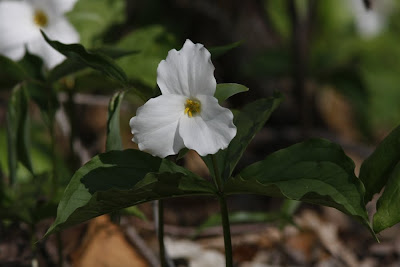 Bearded Tit would be a first world record according to eBird--it looks more like a Bearded Reedling to me (those aren't quite "reeds" either, maybe just reedy cattail fluff)!

Great job on the photos!