The 3rd week of May is classically the peak week for warblers in Michigan (probably a little earlier for us in Berrien). Canada is frequently a quite desired bird. They have both a slow and a fast song, it'd be interesting to see with a sonogram if there's much difference between the two other than speed. 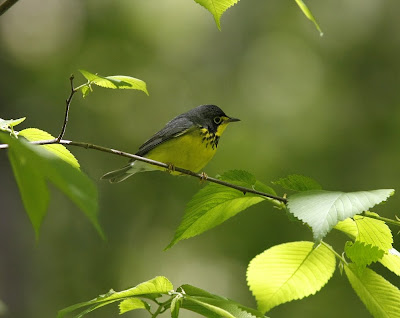 We're not quite to the point where the migration is completely and utterly dominated by redstarts, though we're getting close. 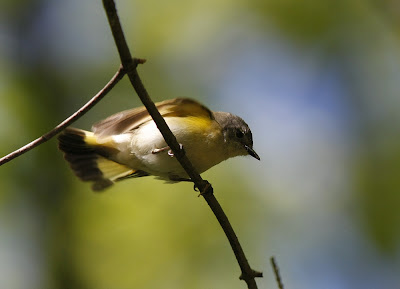 Chestnut-sided is one of the more dominant songs (excepting redstart and to a lesser extent Tennessee)... 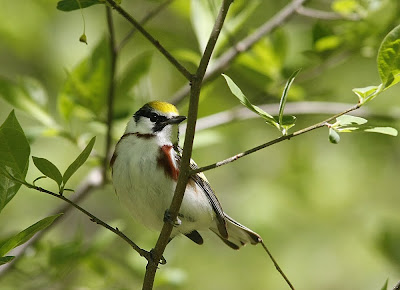 Magnolia is very common too, though it's plainer song is easier lost in the background. 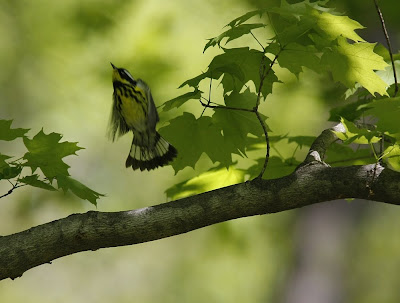 I've never picked out the song of an Orange-crowned, whether because they tend towards silence of if it's just that I don't hear it I'm not sure. This one threw me off a little and is much brighter yellow beneath than most that I see. 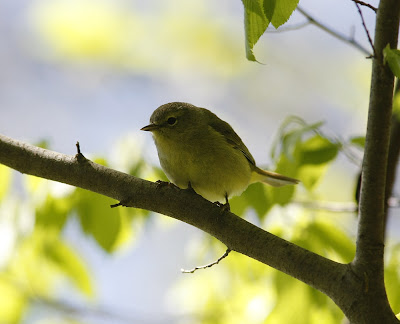 There's still a surprising number of the early warblers like BT Green, Palm, and Yellow-rumped however. 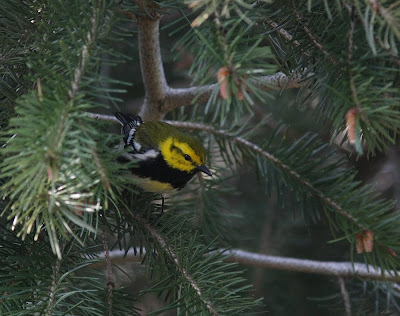 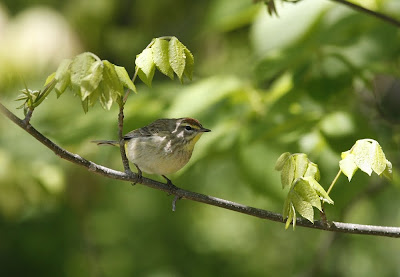 We'll see what kind of excitement this weekend's warmer weather and the end of the current stalled out north winds bring...