The one advantage of being about 10 birds behind where I could be is that it leaves some focused birding in June.

Dickcissels have a lot of different songs. I saw one distantly perched up that had a very clear song. This bird I hunted down in the back side of some brush since its song was so much buzzier I wasn't totally convinced it was a Dickcissel. Interestingly the clearer sounding bird was much paler, the buzzy one was a lot brighter. I'm not sure if the differences are due to age or if this is one of those species that tries to sound very different from its neighbor (as opposed to Indigo Bunting which mimic the bluest male in the neighborhood). 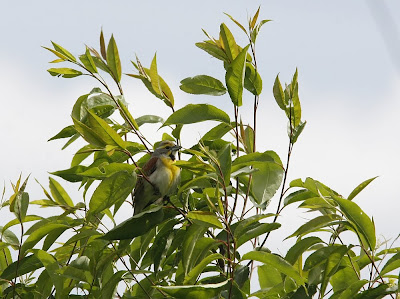 I didn't need Worm-eating for the year, but one of the 2 I heard in Warren Dunes perched up better than I've had them before and I wasn't going to turn it down. 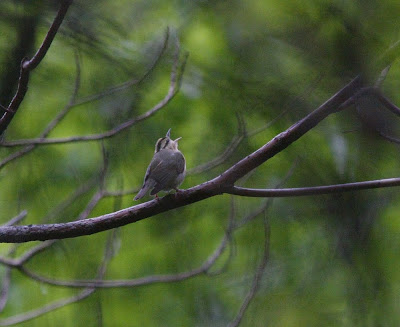 Summer Tanager was a year bird. 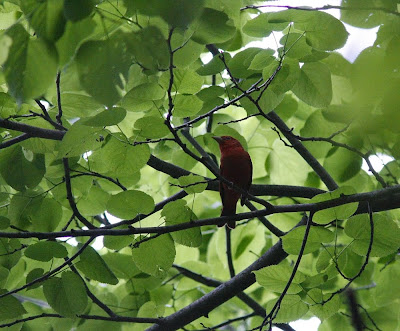 The female was following the male around, the opposite of how I think of most birds. Perhaps he was demonstrating all the nest sites. Per Kaufmann's Lives of North American Birds though, only the female builds the nest so who knows. She was actually more vocal with pitty-tucks than he was. 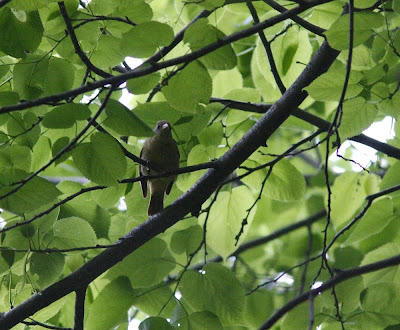 Finally Spiderwort, another of the showier wildflowers at present... 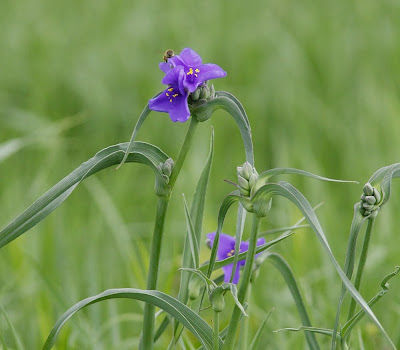