You mean there's stuff other than birds?

About once a year Tim will see a deer just swim out into the lake; earlier this spring was the first time I'd seen the phenomenon. A white-tail came sprinting down the water's edge, made a circle around the beach, and eventually headed for Wisconsin. Tim got the rest of the story from a fisherman later in the week, it swam back in after a while but was afraid of the city crew cleaning the beach and ultimately drowned. 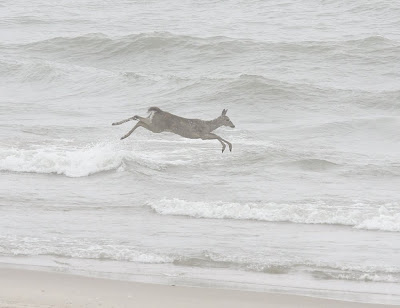 At the other end of the circle of life is this nursing mother raccoon from Warren Dunes. 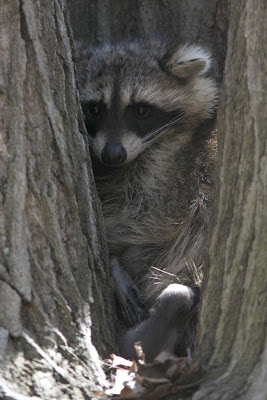 This Woodland Jumping Mouse was a life mammal earlier this spring, note the two-toned coloration. The very long tail is partially hidden under a leaf. When I would walk outside with it there it would jump about a foot in the air, 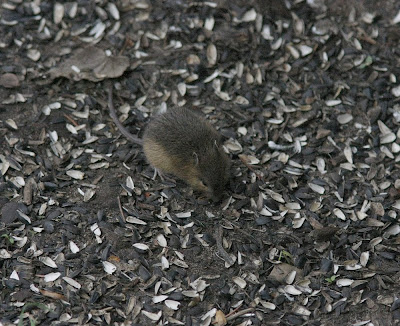 which is probably not a bad startle response given the 4 foot Black Rat Snake that may finally be denting my chipmunk population. It was the biggest snake I've ever seen in Michigan. 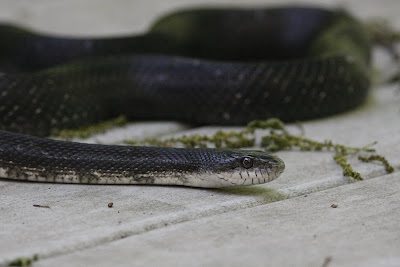 Finally, a Tiscornia White-crowned that never quite fit into a narrative from the spring as well. 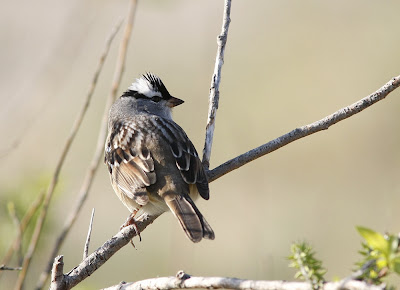