Drama on the home front

All spring I've been occasionally thinking that I've been hearing a Yellow-throated Warbler, not a very common yard bird in Michigan, though not inconceivable given some large sycamores in the river bottom and large white pines in the neighborhood. However, every time I would think I'd hear it, a migrant Tennessee or Nashville Warbler or a local Indigo Bunting (one of whose songs trends down in pitch through most of the song) would walk all over it. However, the Tennessees and Nashvilles are now far to the north and the buntings are paired up and singing a lot less and not even I could ignore the persistent tew, tew, tew, te-ew, te-eww, tew-wi any longer. I digi-flipped the bird through the scope and this shot is a still from the video. 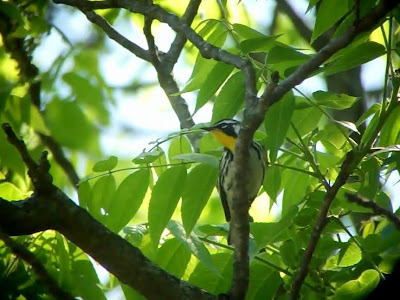 Later while I was again trying to track down the warbler I saw a bird feeding another in the tulip tree. One was this Chipping Sparrow, and not surprisingly, 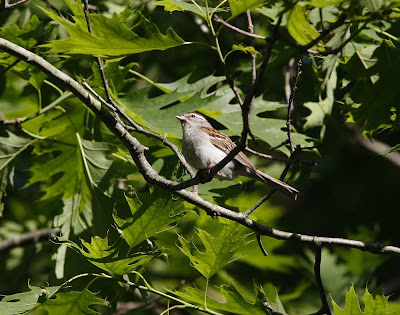 the other was this cowbird, the only thing that my yard Chipping Sparrows ever seem to raise. 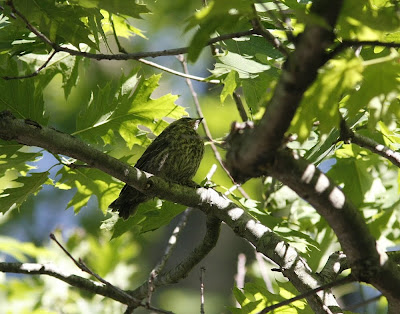 Later in the evening I found the cowbird on the sidewalk, I guess a casualty of the plate glass windows or something; it also showed the sheathed, still-developing, tail feathers that the Mourning Dove I found at Tiscornia displayed. 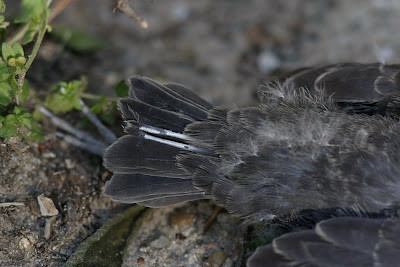 Finally while looking up at them in the Tulip Tree originally, I noticed my tree making tulips, something I haven't seen it do before. 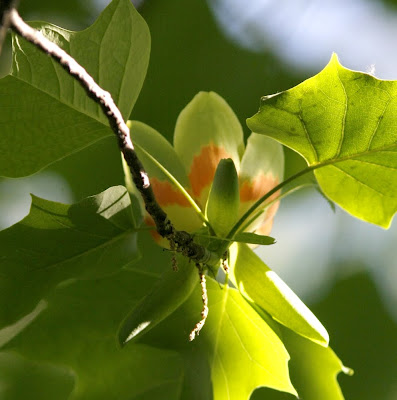