We worked our way back from the (Andean) potoo towards the lodge along a wide swath cut for a powerline.  We walked it in the morning last year and found it to be quite birdy.  We got into a bigger flock this afternoon.

We stopped for a couple Plushcaps (a quite range-restricted burgandy-colored finch with a yellow cap) but my pics were terrible.  A couple other thicket dwellers started to pop out though, led off by Pale-naped Brushfinch. 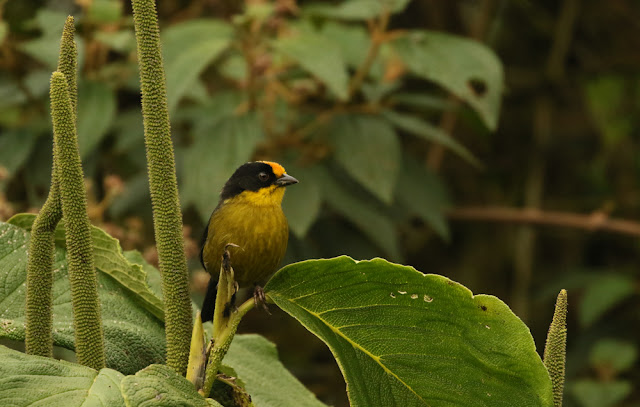 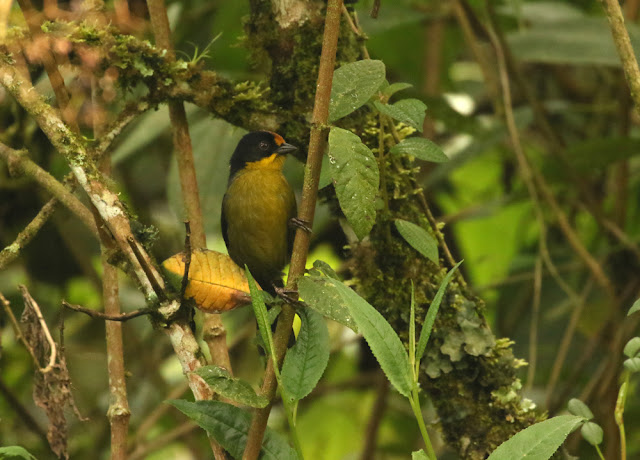 There were a few Slaty Brushfinches too. 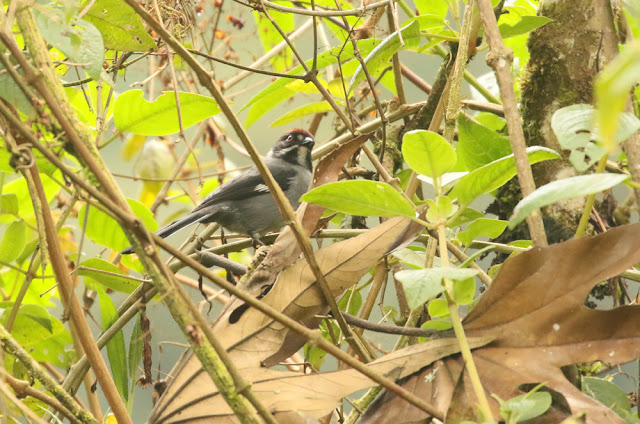 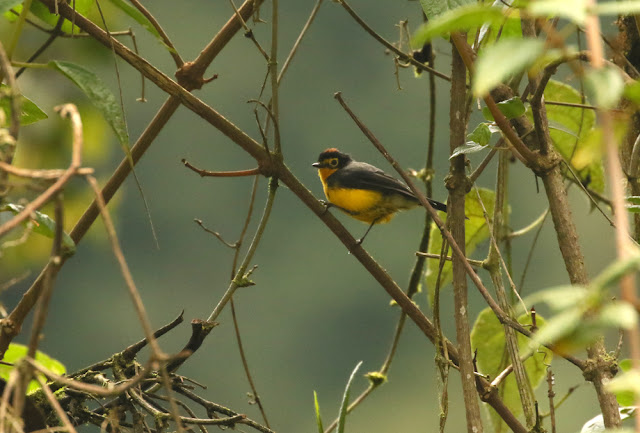 They were followed by a lot of different small birds working the mid and upper levels: tyrannulets, treerunners, and a few different tanagers and warblers.  Capped conebill is lumped in with the tanager tribe, but they act (and are shaped) far more like warblers. 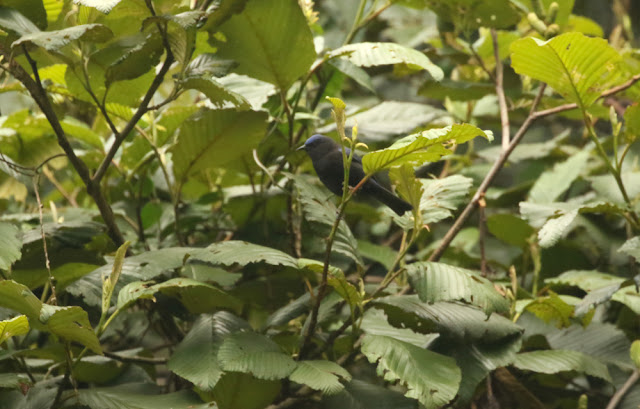 I don't think I actually identified this bird in real life, I just followed some motion out of the tree, took a couple snaps as it paused and then flew, and moved on to trying to track the next bit of movement.

Next is another tanager tribe member, a Black-cheeked Hemispingus (formerly Bush-tanager) 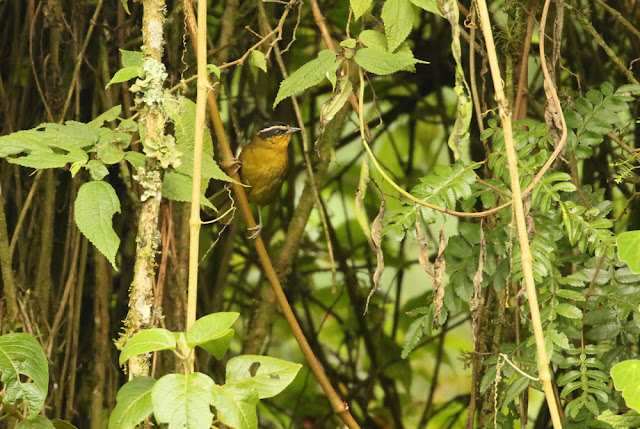 Irritatingly it has a cleaner supercilium than does Superciliaried Hemispingus from 2 posts back.

Any decent flock has to have a woodcreeper or two, this is Montane Woodcreeper, the most common species of that elevation 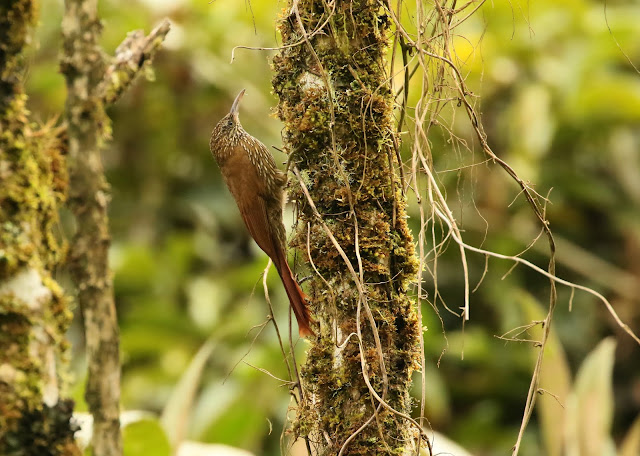