Earlier in the week someone found a non-banded Piping Plover at New Buffalo.  After an unsuccessful half-hearted attempt was made to see it in a windstorm yesterday a return was made today.  The bird wasn't apparent initially.  A few of us started walking up the main beach and came across the well-celebrated dark-mantled hybrid, and possible Chandeleur Gull, in the gull flock.  I was slow getting settings off of yesterday's overcast and didn't get them straightened out until the bird was settling back down as we worked our way north. 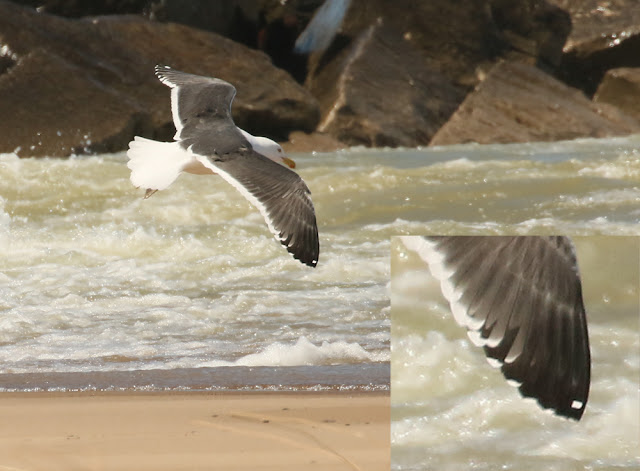 There's actually a partial Slaty-backed like string of pearls on a couple of the feathers with a very small mirror on P10.  Kelp Gull is often guessed as one of the bird's parents, a guess supported by the small P10 spot. 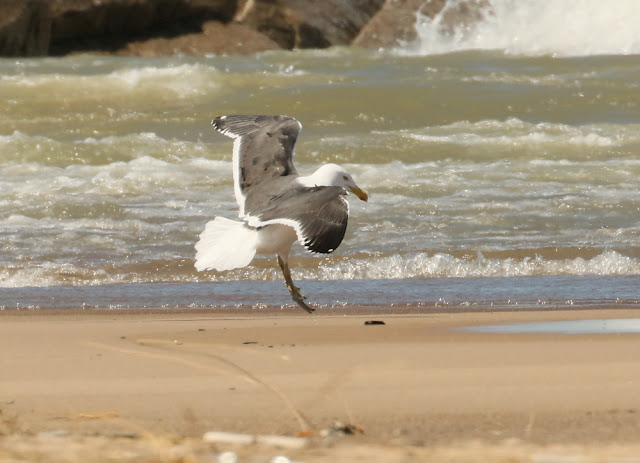 A look at the heavy gony angle and weird yellow-gray legs.

On the way back to the car a walker suddenly put the Piping into motion.  It must have been invisibly hunkered down on the walk out. 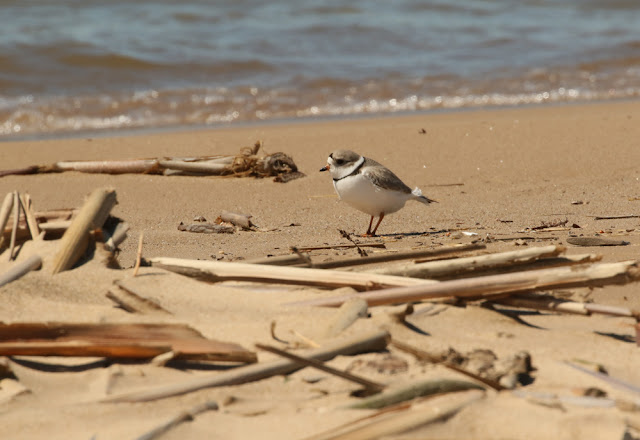 I walked ahead of it and sure enough the bird walked up towards me. 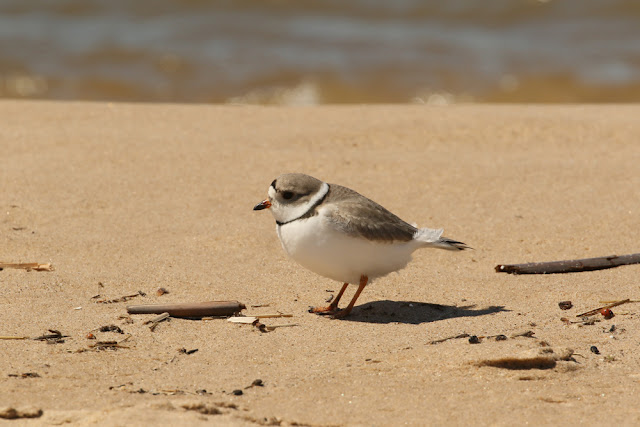 While the bands are necessary for researchers to keep track of the birds, it was fun to see one without them.  This one's narrow breastband completely encircles the throat. 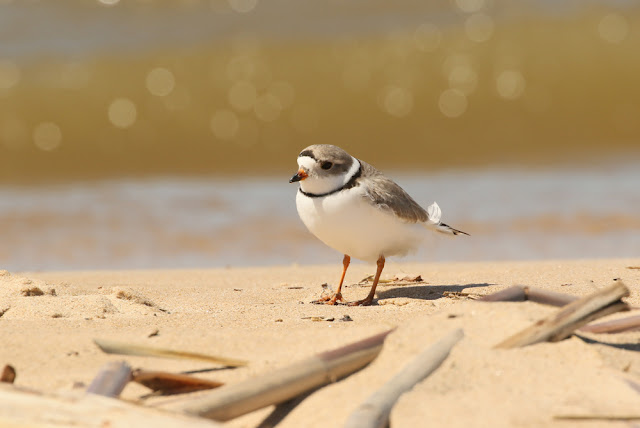