This was honestly one of the bigger, more diverse, and fairly accessible flocks that I've encountered in the tropics.  Usually when you get on a group the birds move very quickly through, and frequently are very high in the canopy; this group moved along the powerline cut edges providing views as them both came and went.

Pearled Treerunner (along with the redstarts) were pretty common core members of any flock.  They move fast though, so pics were tough. 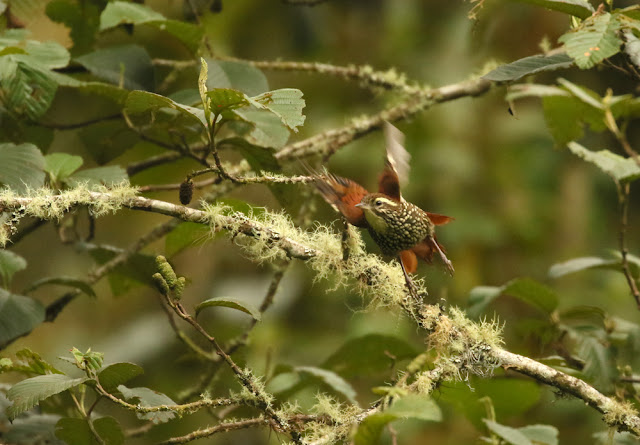 A family group of Rufous Wrens popped up in the understory. 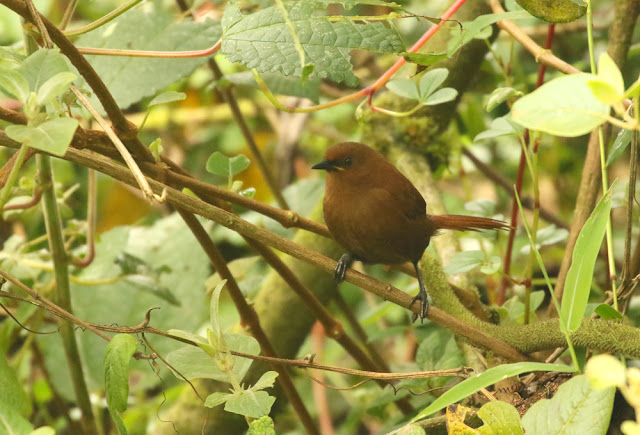 Birds would sing (and counter-sing) from inches apart at times. 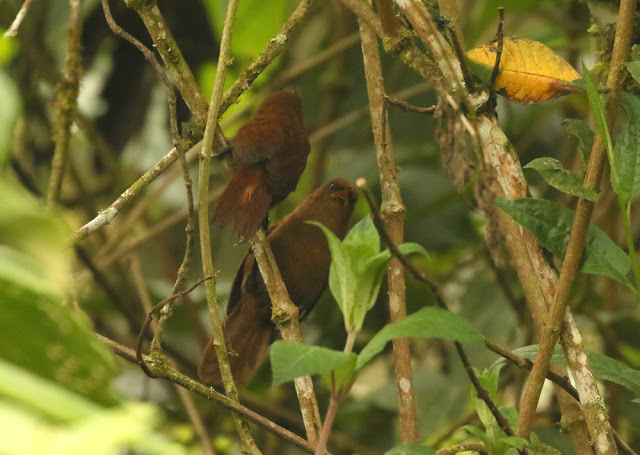 We saw each of the next three birds in the same place last year, but they were more cooperative this year.  First Blue-and-black Tanager, 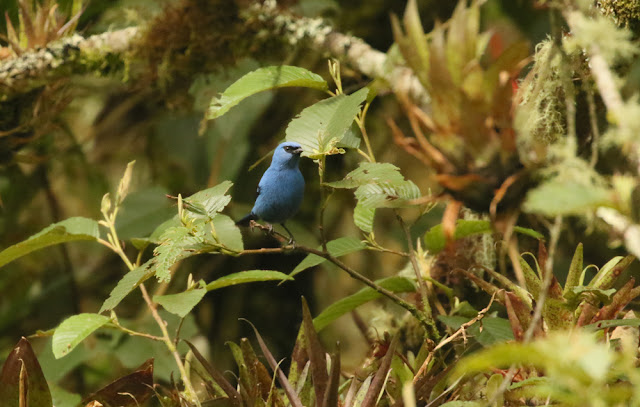 next a Rufous-breasted Flycatcher 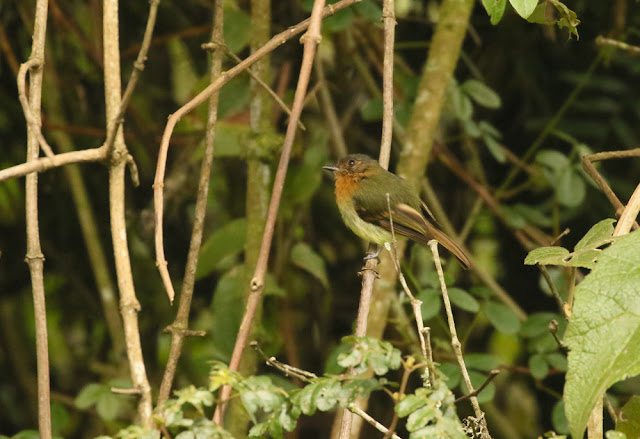 and finally Gray-hooded Bush-tanager.  Like the wrens, the Bush-tan's seemed to form their own little sub-group within the flock as opposed to the Treerunners and Whitestarts which were mixed throughout 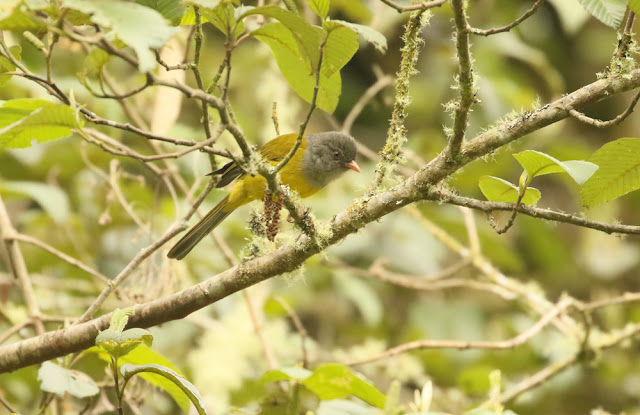