It's that migration time again and there's new birds around!  Diversity is a warm relief after a winter of grinding for local items of interest.

This Merlin teed up at Tiscornia a couple days ago.  It was noticeably pale. 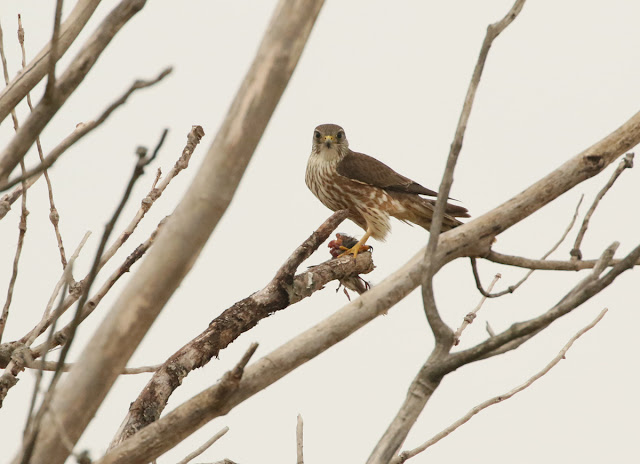 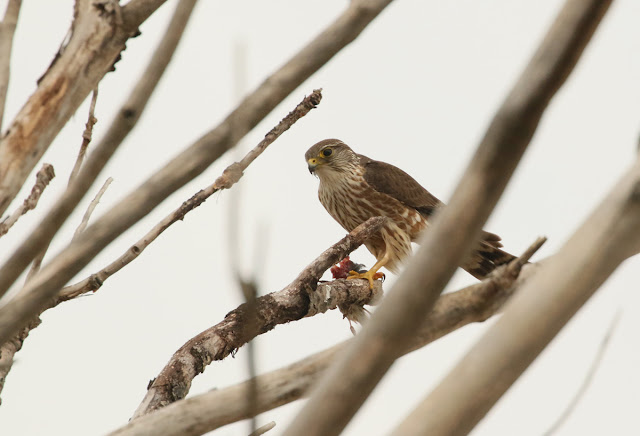 I couldn't remember in the field what the criteria where for the plains subspecies, but knew it had to do with the spread tail and the wing patterning.

As it turns out (per Wheeler's Raptors of Eastern North America) "Boreal" Merlin (the one we usually get around here) has 3 or 4 pale tail bands, "Prairie" has 4 or 5... 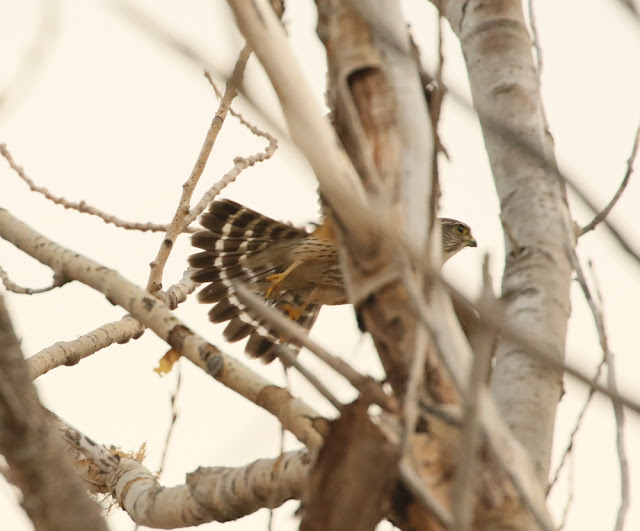 This bird has 5 (plus the terminal band).

The other big mark is that in the underwing the pale spots cover more than 50% of the feathers in "Prairie:" 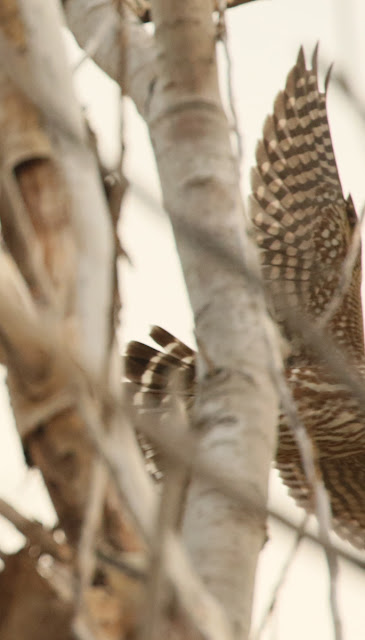 As a comparison here's a more typical bird from Tiscornia some time in the past: 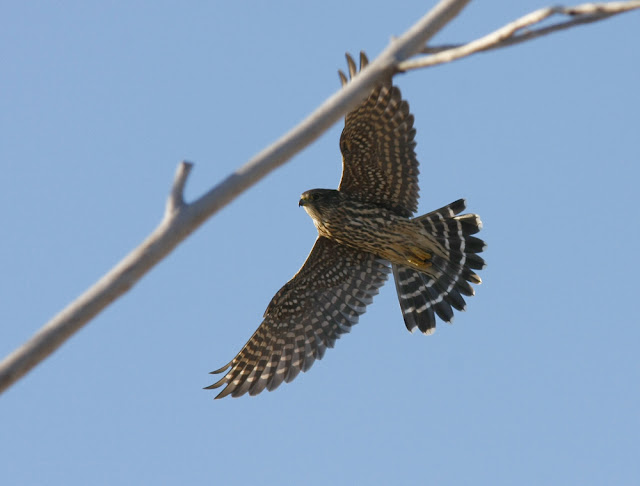 There's some other minor points.  As in the photo above "Boreal" Merlin can show thick black spikes in the white terminal tail band that "Prairie" does not.  I have a lot of pics of "Boreal" individuals that don't seem to show that; more of a helpful if there feature, but not as helpful if not present.

If accepted this will be a 2nd state record (though I need to dig up another one we had a few years ago in the spring, and I've seen Tim's pics of another bird in the south county), so they're probably more common than people realize, but are really hard to document unless you have birds frequently teeing up the way they do at the beach.