Last year we worked pretty hard for a Torrent Duck.  We did see a bird very distantly, and mostly obscured by vegetation half-asleep on a rock.  Pretty much the epitome of Better-View-Desired.  After leaving Guango without one this year we took a walk along a different stream on the way to San Isidro.  We were in luck pretty much right away with a female.  It was distant and half-asleep, but at least not obscured by the vegetation! 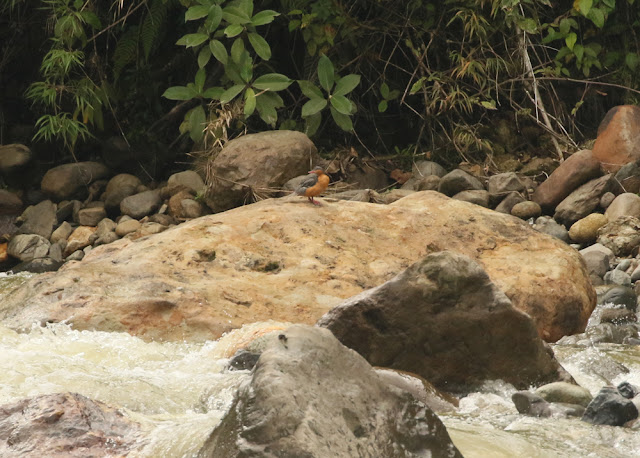 We walked a bit farther and came upon a pair of birds. 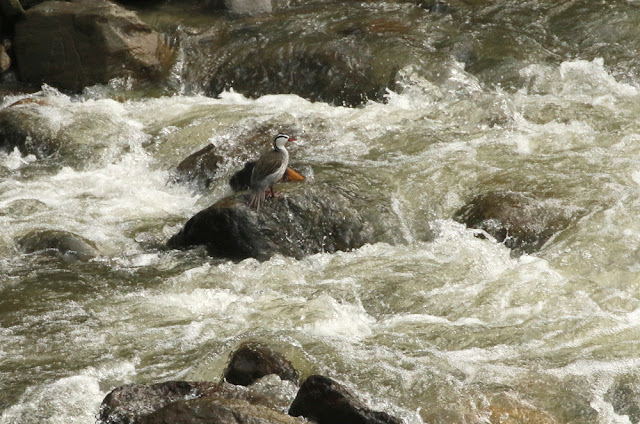 It was pretty impressive how they navigated the rushing rapids. 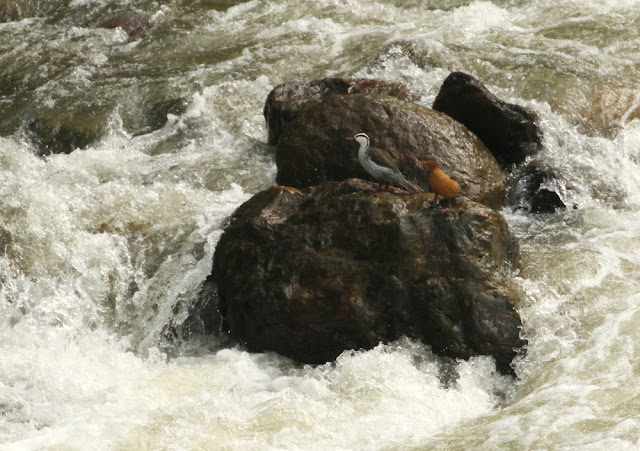 Often they would swim pretty close to the edge of the river in some of the calmer eddies, but as often as not they would also be swimming and diving in the foaming rapids as well.  At one point the female was half running atop the water to cross one of the surging currents.  They seemed to mostly let the current take them down the stream until they reached some of the boulder-strewn rapids where they would use the boulders as bases to take foraging swims before eventually flowing further downstream.  Presumably they fly back up river at that point, though we never saw the birds in the air.

We did have some other birds along this walk, but no flocks, and we worked pretty hard for brief glimpses of a few new tanagers.  Butterflies were more cooperative, some familiar (in genus at least) to us at home, and others not.

This is a Heliconian of some sort 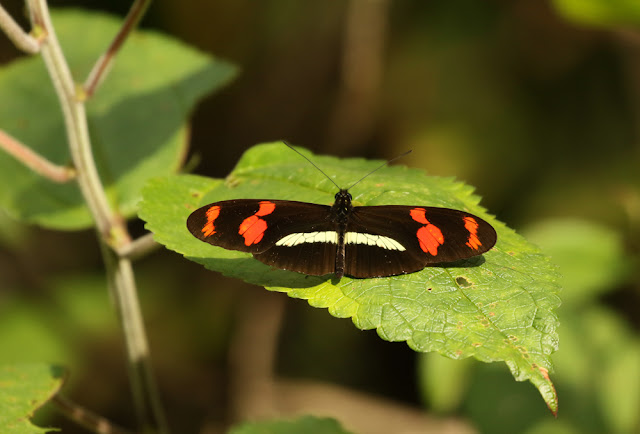 I would guess this is a sister of some sort, but that's a guess 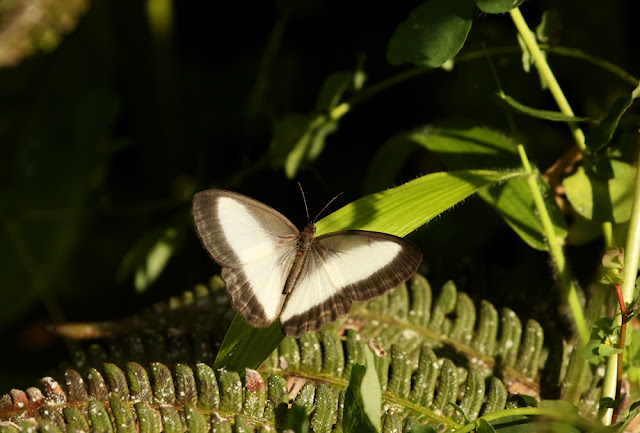 This might also be a Sister, or maybe some kind of tropical wood-nymph? 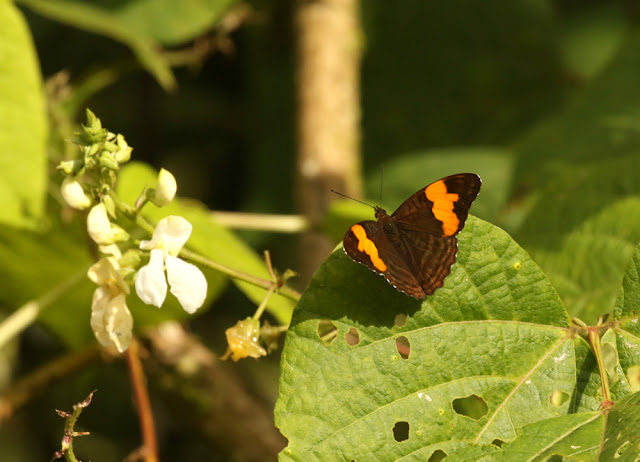 This looks a lot like a Painted Lady though the open spots at the back of the hindwing are a little different than ours. 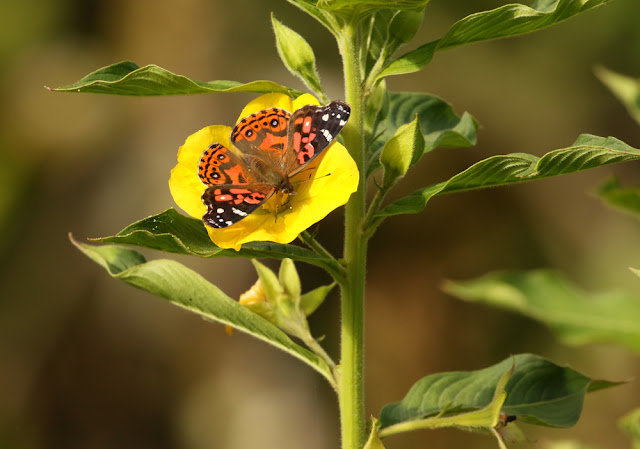 Finally some sort of Sulphur 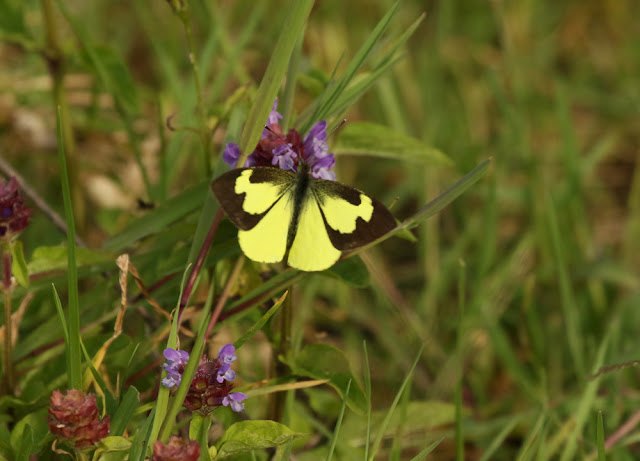