Alex indicated he'd heard that a Potoo had been seen at Guango a few days before.  He hadn't actually seen one in several years.  We walked the trail and he suddenly stopped having spotted the bird. 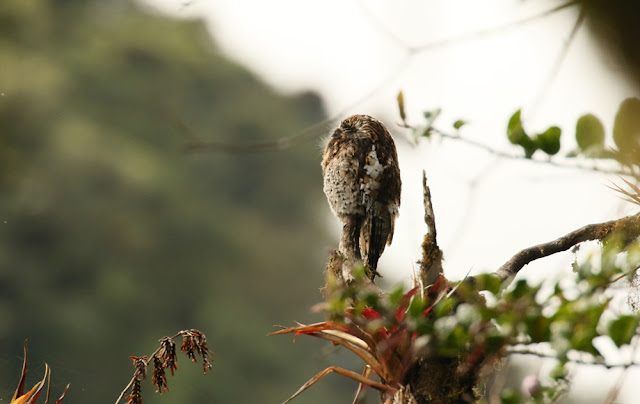 It was a lot paler than the birds I've seen in Central America ... which turned out to be for good reason, it's a different species!  Which I didn't realize until after the fact.  Ah well. 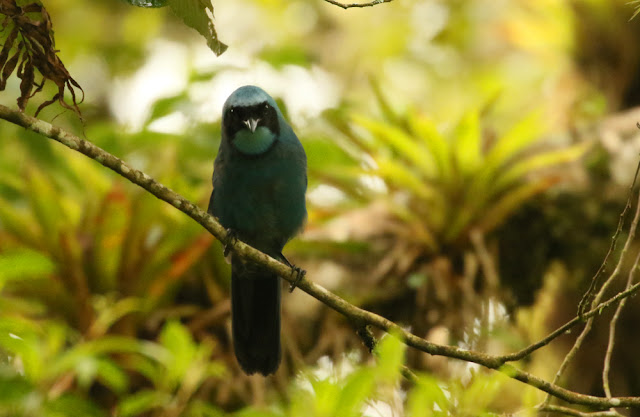 We didn't see a ton of birds on this section of trail, we spent a decent amount of time looking unsuccessfully for Torrent Ducks.  Turquoise Jays were fairly prominent.  They started out as flashes in the upper canopy, but worked their way lower. 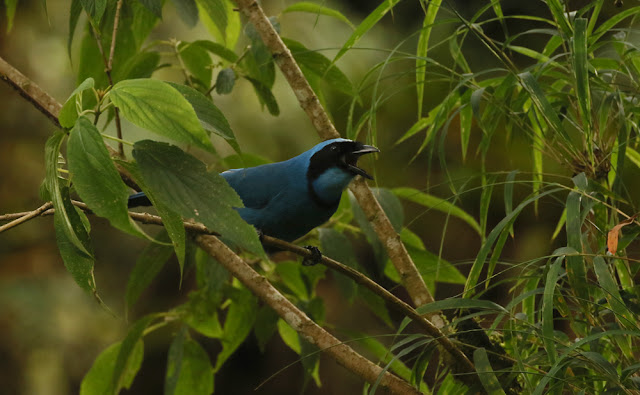 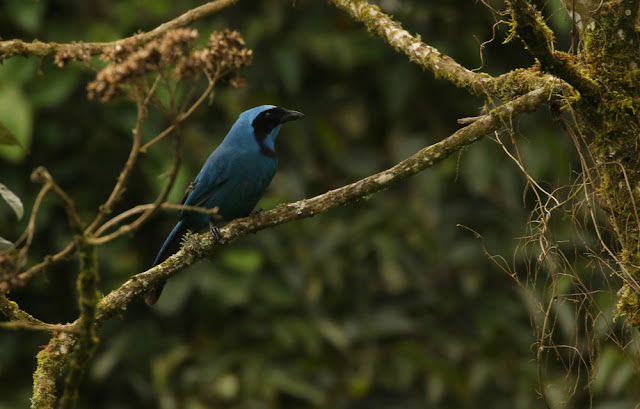 Finally a view of an orchid or bromeliad in the canopy just before a nice mixed flock started filtering past ... (stay tuned) 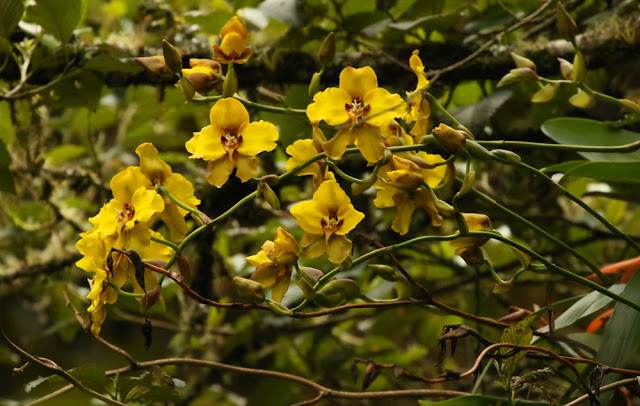