The paramo shortgrass seems to fill a similar niche as some of the shortgrass prairie of our central west.  But the arid appearing paramo was wet enough for a handful of waterbirds to make a living.

Here's a pair of Andean Teal that had found a little collection of water.  This is basically as bright as their plumage gets... 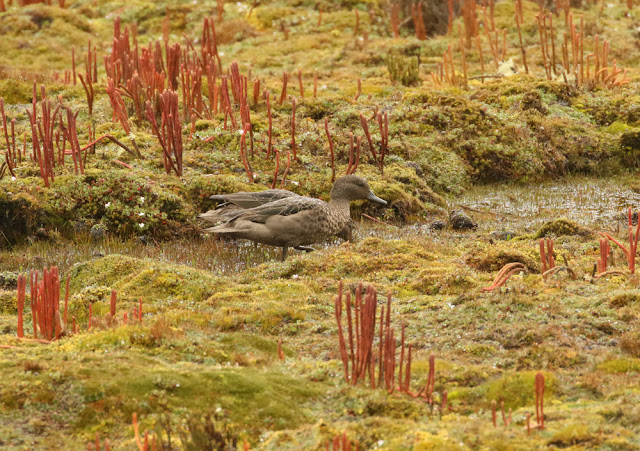 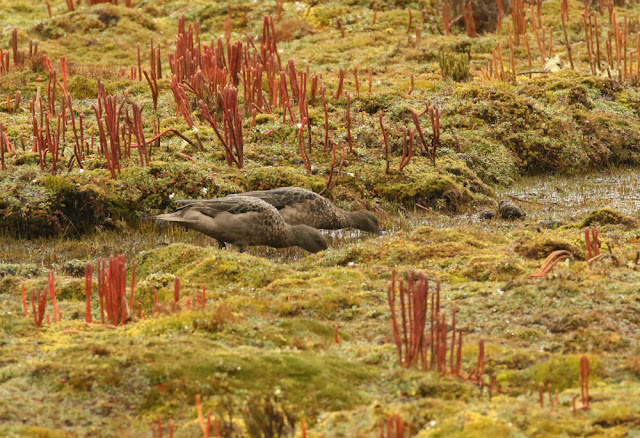 I'd love to know the name of that reddish plant that's a pretty common and unique feature of the high elevations.

Andean Ibis showed a lot better this year; last year we had a couple fly-by's that went over the road and only distant scope views. 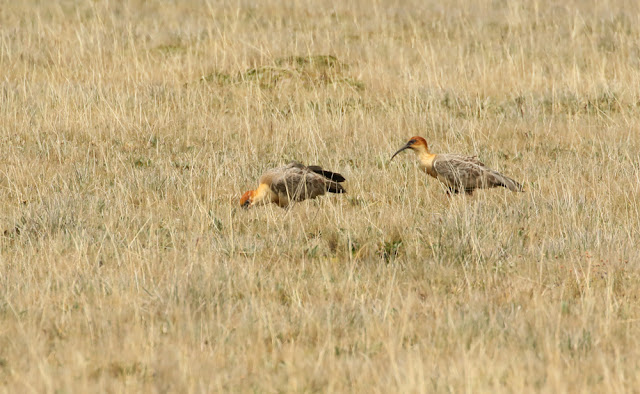 The bird in the rear is a young Carunculated Caracara 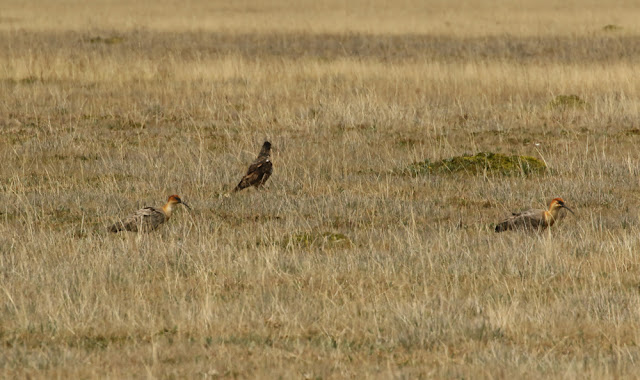 Finally a montage of Andean Gull, which seems to act like Franklin's but is equally parts Bonapartes, Little, and Black-headed in appearance. 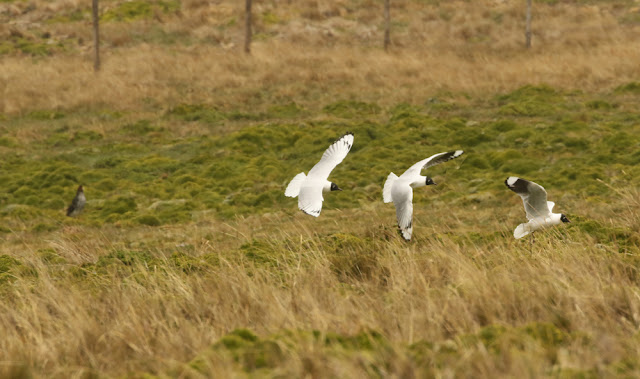 With (what else?) a photo-bombing caracara in the background again.  (They're pretty common up there).
Posted by Matt at 5:01 PM