After success with the seedsnipes and some of the other high elevation passerines in the last post we descended a little to try for Giant Conebill, a specialty of the Polylepsis forest.  We didn't find any, and aside from this Scarlet-breasted Mountain-tanager there weren't a ton of birds about. 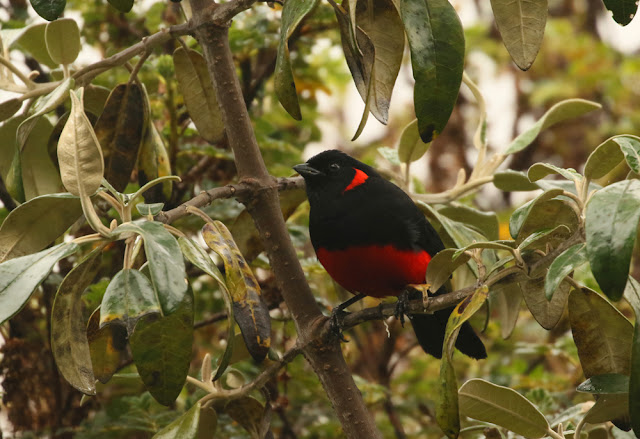 There were a lot of interesting plants though, no idea on what they are... 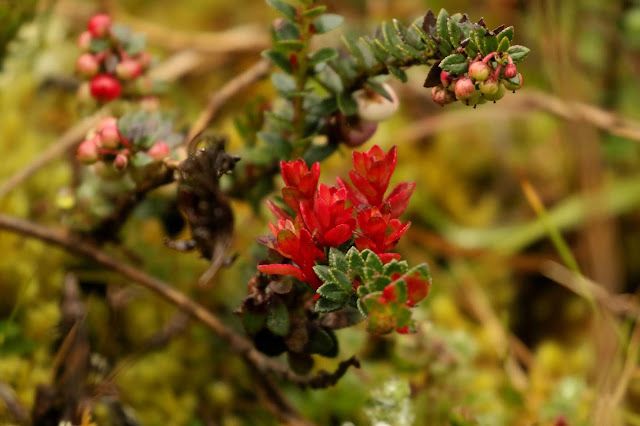 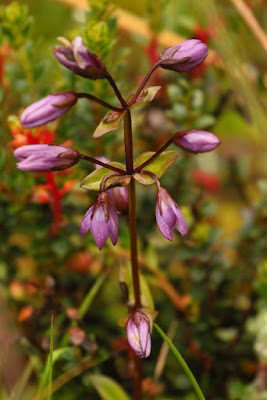 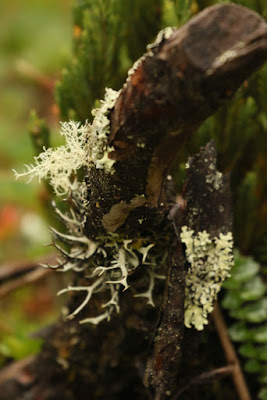 We worked for the conebill for a while before Alex decided to descend further.  It's always an interesting effect descending from the uber-high elevations when everyone on the bus is suddenly (and apparently randomly) energized.  Part of it is getting back to the green of the jungle, but I think a lot of it is dropping back down to only a mile and a half of elevation and suddenly having enough oxygen to breathe!

We didn't go far down the next road before Alex spotted activity and we bailed out of the bus for a rapidly moving small flock.  Spectacled Whitestarts frequently lead the flocks here 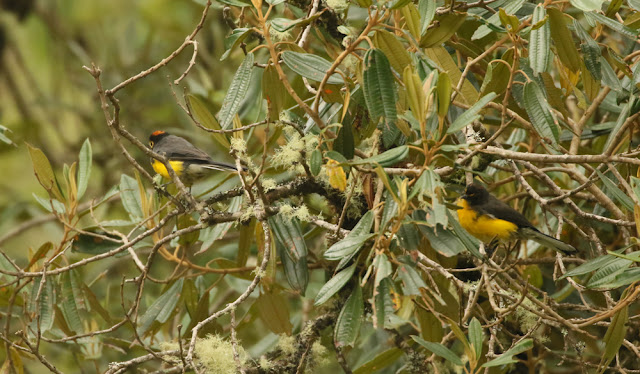 This one had several Superciliaried Hemispingus, a new one for me. 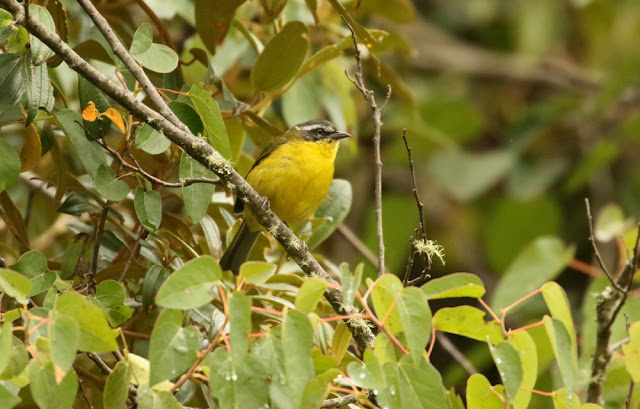 There were hummingbirds around.  Alex felt this metaltail was a Tyrian, I was voting viridian.  The tail looks pretty black to me and the bird pretty green, but he felt he saw color in the tail as it flew in.  Definitely a metaltail at any rate. 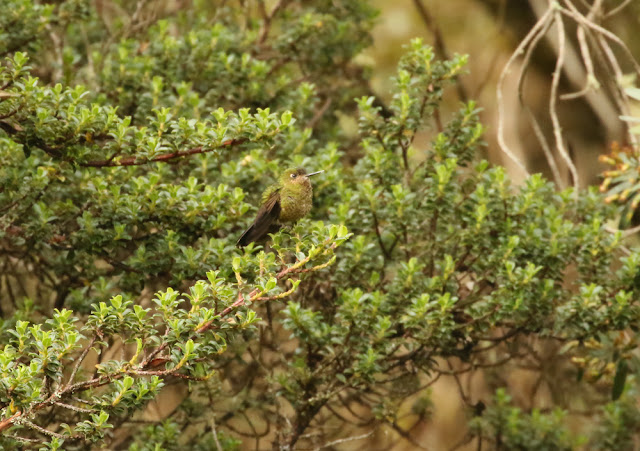 As is this one. 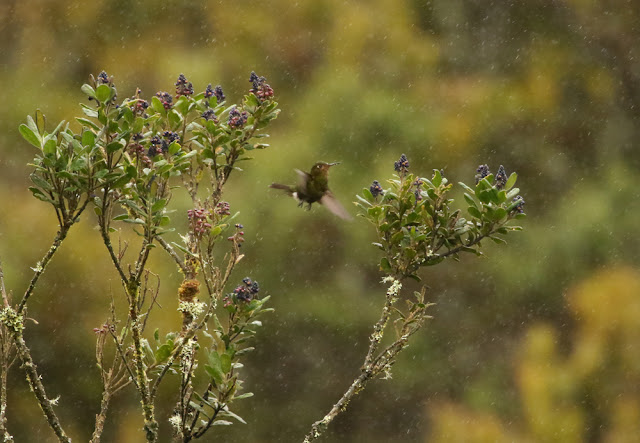 We had just seen a (female) Rainbow-bearded Thorntail buzz past.  I was hoping this was the Thorntail back; in the rain it was hard to see much of anything in the field, but the zoom shows another Viridian Metaltail.  As the rain intensified we retreated back down to the lodge for lunch.