Two antpittas of course!  Well let's come back to that.

Antpittas are the star of the show at Angel de Paz and we did very well.  The first one in the line-up was arguably the most impressive, Giant.  While I've seen photos of Giant Antpittas right at the trailhead Angel walked at least a couple hundred yards up the (very muddy, steep, and only occasionally stepped) trail before he started making calls and chucking snake-sized night crawlers into the brush.  His body language was looking a little concerned about the bird showing at all, but ultimately this (seemingly football sized!) bird worked its way out of the drizzling gloom. 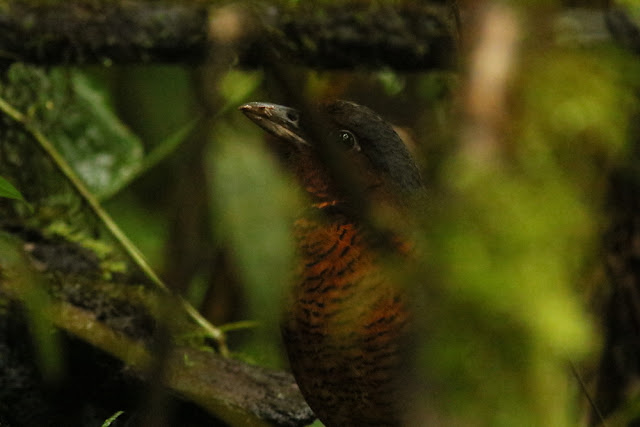 A tall burly European with a really loud shutter started hammering away at this point.  I was worried it wouldn't come out (and Angel was motioning and quietly asking him to stop which was either ignored or not understood).  The bird did come out on the branch though.  Gotta love the muted shutter setting of my camera though!

It was so big I had a really hard time fitting it in the frame.  These aren't cropped. 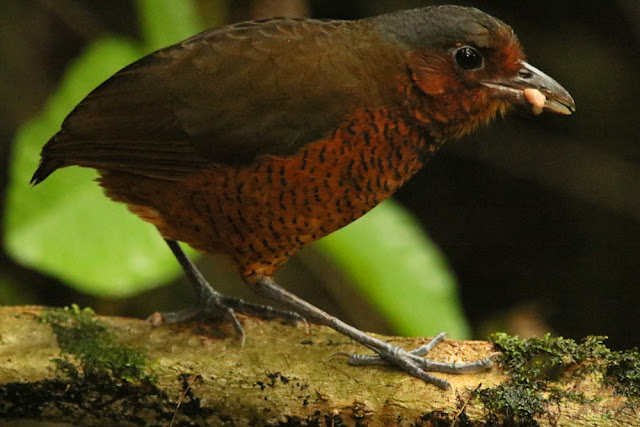 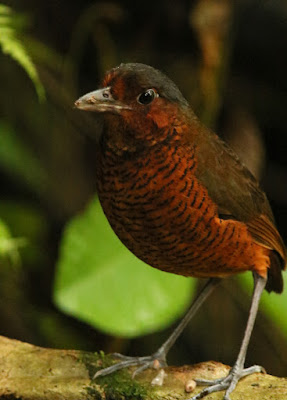 Honestly I almost like the pic of the bird mostly obscured in the brush the best.

But crowds don't go to Angel's to see one antpitta.  I'd only seen 3 species of antpitta in my life before this morning, but number 4 was the next bird I photographed, a Yellow-throated Antpitta. 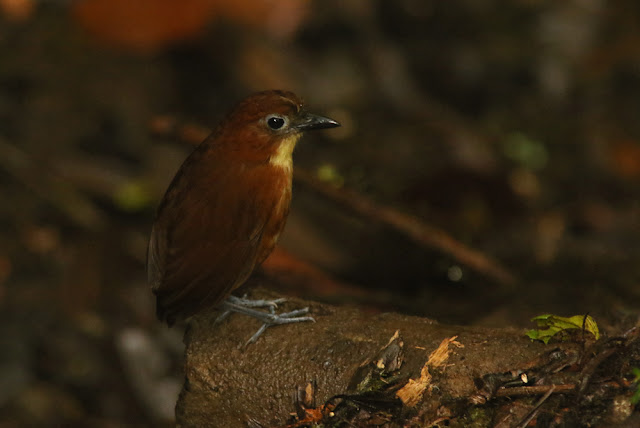 This bird was viewed from a fenceline along the road looking down into a ravine that Angel chucked earthworms into.

With that we were ushered up to the visitor center to allow the crowd snacks and a bathroom break.  A Red-billed Parrot teed up briefly along the road. 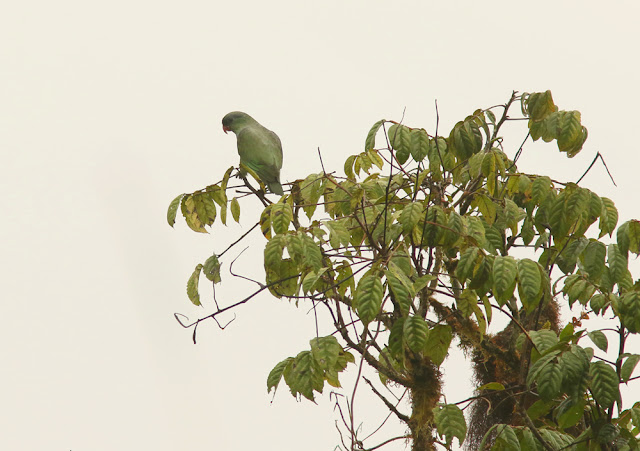 There was more activity right next to the lot with nice views of a Golden-bellied Flycatcher. 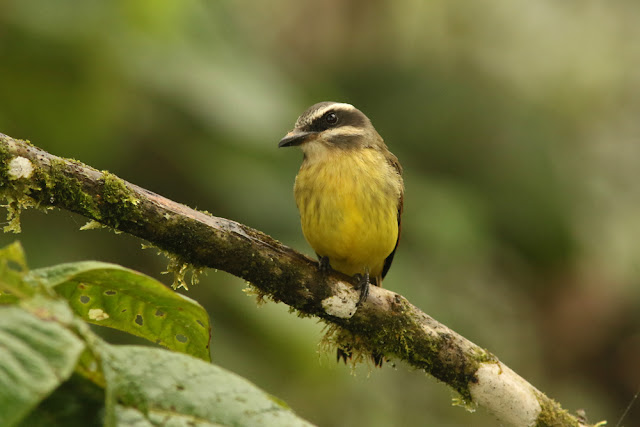 One of my most-wanted birds for the trip was alongside the lot too, Strong-billed Woodcreeper. 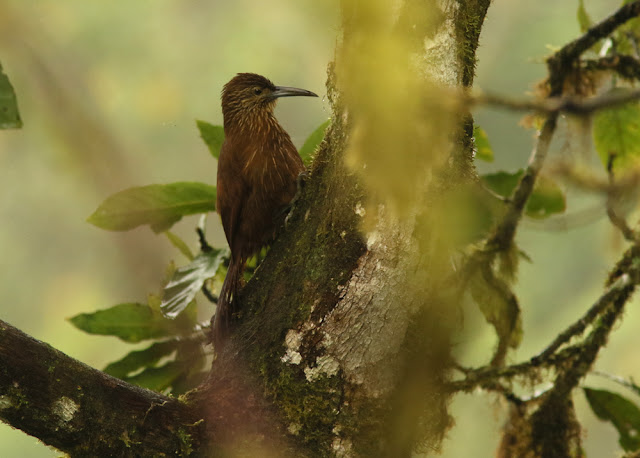 This species is in all the Central American books but is quite rare there and this was our first real chance to see one.  It didn't disappoint.
Posted by Matt at 6:31 PM