at the Murrelet Peak!

Tim and I have joked a lot over the years about being at the "peak" for whatever fill-in-the-blank heretofore unseen rarity you want to invoke.  Since it's never been seen at Tiscornia, you're always at peak time to see it!  Data don't lie.

Of course some birds, even if off course, do fall into patterns.  August 24 and November 14 are two classic Tiscornia days.  November 14 was the date Tim found probably the most chased murrelet in the state back in 2009.  Observance of "Murrelet day" the next year was rewarded with a Franklin's Gull, and then better yet a Black-headed Gull 2 years later.  August 24 has had Hudwit in multiple years.  And now November 20th gets added to the list.  After the original murrelet hung around for a week and a half Tim had another on November 20th a few years later (and his Say's Phoebe appeared November 20th even farther back).

So enter the 20th a few days ago.  We were standing on the dune and Tim yelled "Alcid! Alcid! Alcid! Over the river water ... Ancient Murrelet!"  And so it was. 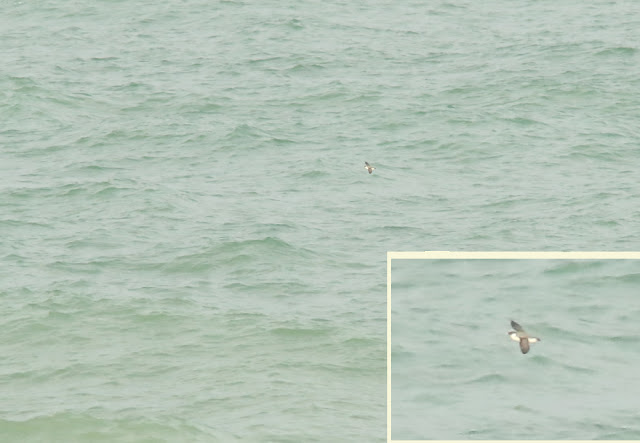 Despite pretty extreme distance the camera still picked up the pale bill, and black cap and wings contrasting with the gray back. 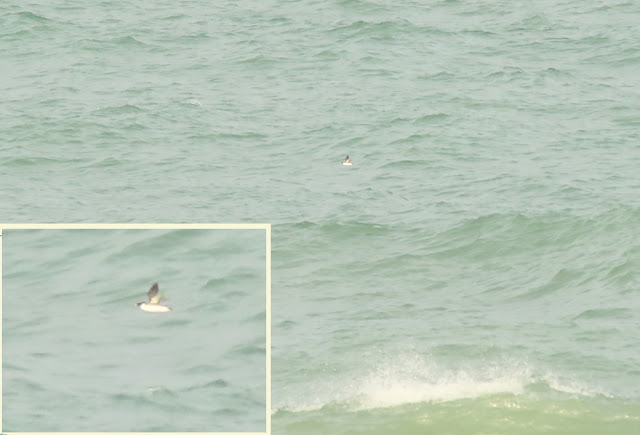 What will the last week of the count bring?  Besides mergansers of course?  Stay tuned...