We ate lunch at Angel's and enjoyed the activity at the feeders on the railing's edge.  Check out the bill on Toucan Barbet... 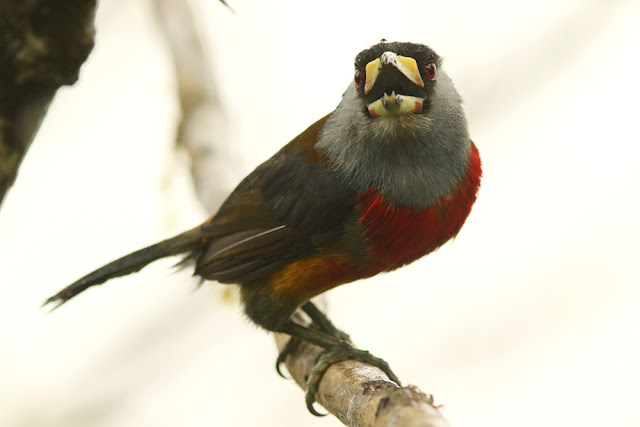 We saw several species of brush-finch on this trip.  These towhee like sparrows tend to skulk in the thickets, but the feeders were too much for this White-winged Brush-finch. 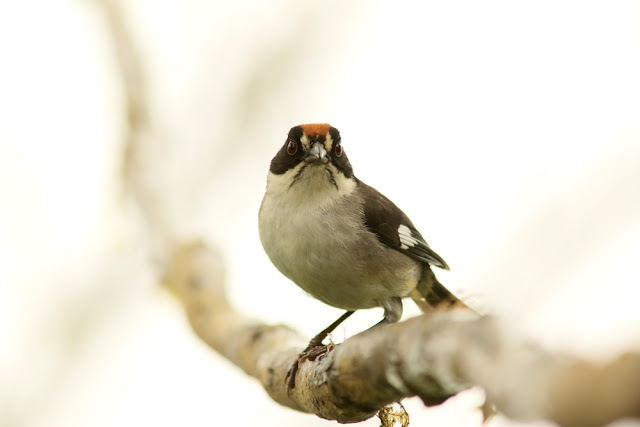 We'd enjoyed portrait looks of Flame-faced and Golden-naped Tanager the day before, but who would refuse even closer looks? 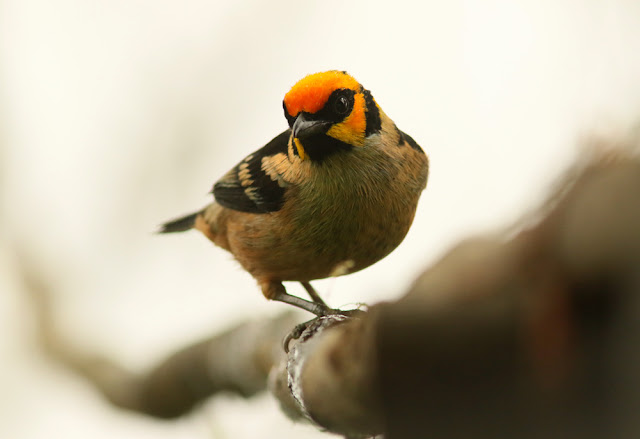 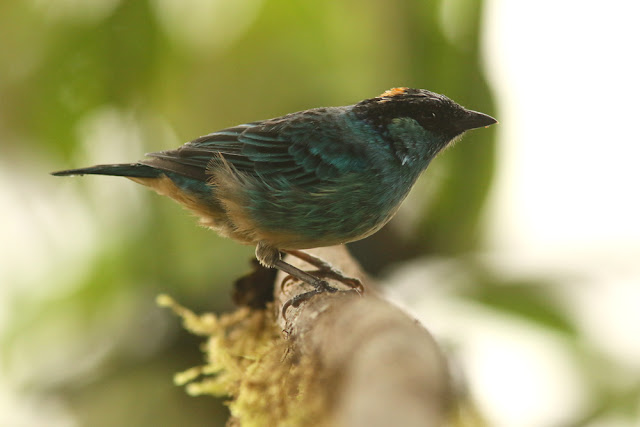 I had expected based on eBird bargraphs for Blue-winged Mountian-tanager to be a very common bird on this trip; I think we only saw them a couple times.  But they saved the best looks for last. 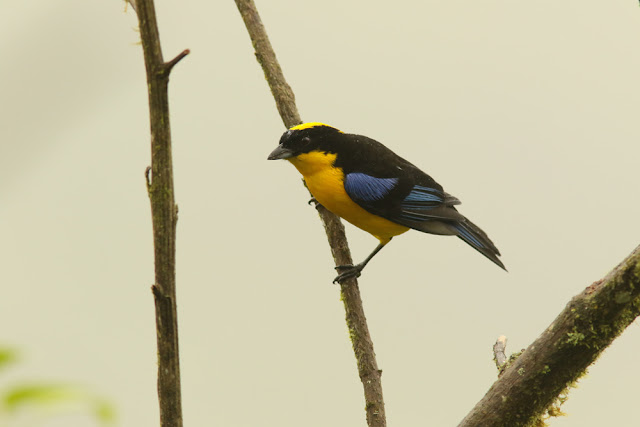 Finally, if brush-finches are skulkers, they're nothing to compared to spinetails.  This Azara's Spinetail was lurking about in the thicket beneath the balcony and I just caught it as it raced through a little opening, definitely my clearest pic of any species of spinetail 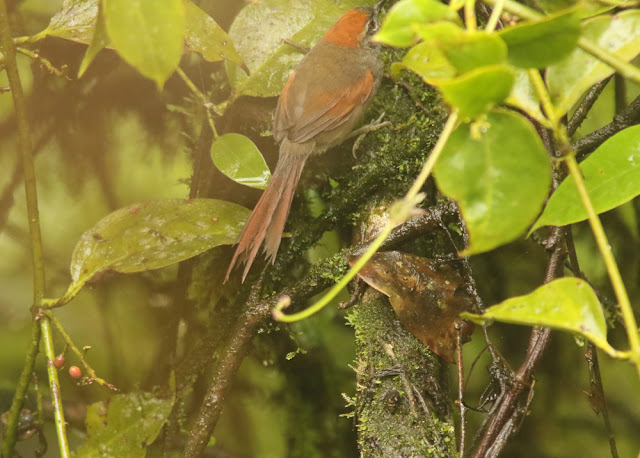