I circled back with Hazel, the birds were still there mid-afternoon.  At first I could only see one, though there's a bit of flank from a second visible in this view. 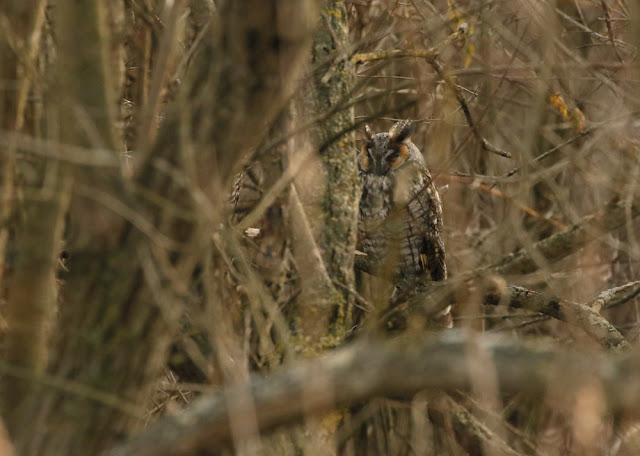 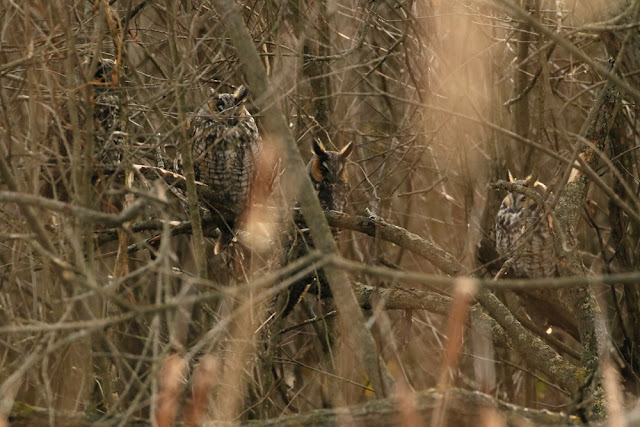 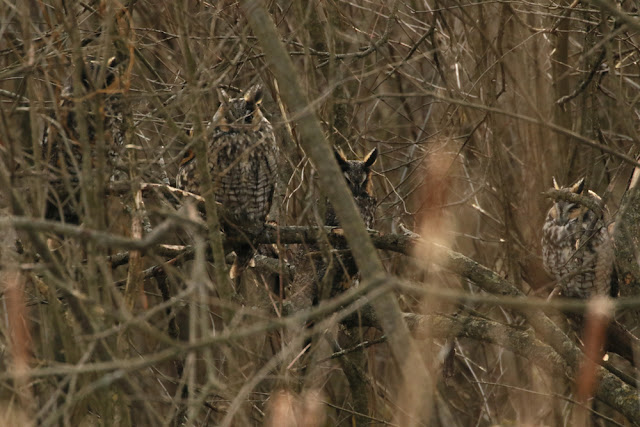 The 5th bird is mostly blocked but just visible behind the 2nd from the left in the front row. 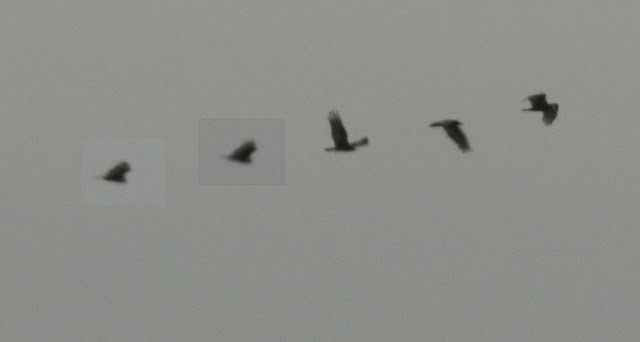 a Turkey Vulture
Posted by Matt at 2:22 PM